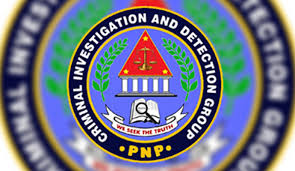 Seven barangay officials in Cagayan de Oro and Leyte provinces were charged for allegedly including unqualified people to the list of cash assistance beneficiaries under the Social Amelioration Program (SAP).

Maj. Gen. Joel Napoleon Coronel, director of the Criminal Investigation and Detection Group (CIDG), said the filing of charges against the barangay officials should serve as a lesson to other barangay officials to behave, what with the looming distribution of the second tranche of cash assistance.

In Cagayan de Oro City, Analie Tabaosares was slapped with graft and criminal charges for excluding a single parent in Barangay Bulua from the SAP list of beneficiaries.

In Maasin City in Southern Leyte, barangay chairperson Esterlina Jacobe and Norma Adobas were also charged for including non-qualified SAP beneficiaries on the list of cash assistance recipients.

All of them, according to Coronel, were slapped with charges for violating Republic Act 3019 (Anti-Graft and Corrupt Practices Act) in relation to RA 11469 (Bayanihan Heal as One Act).

The CIDG has been tasked to run after barangay officials involved in SAP distribution anomalies. Several officials have already been slapped with graft and criminal charges.

NHS procurement strategy should aim to boost local economies, not save money | Comment

What’s up at H&R Block, inside the Cheese Factory and more