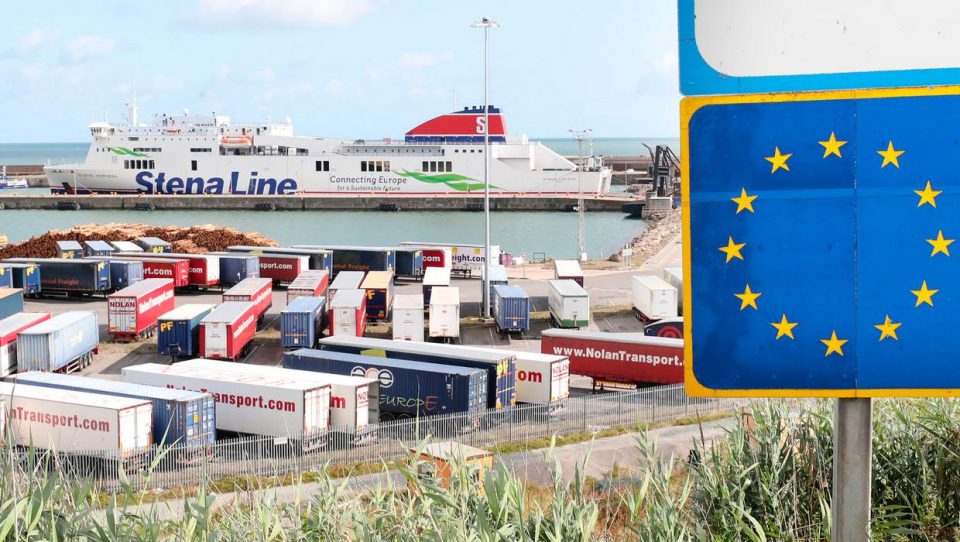 Irish companies are bracing themselves for delays in deliveries, product shortages and increased costs as Brexit-related trade issues begin to emerge.

steep fall in freight volumes in recent weeks – as well as a move by Revenue to temporarily waive some red-tape requirements – meant that problems with the new Brexit customs regime had not led to wide scale traffic disruption at ports last week.

But, the Sunday Independent has spoken to several exporting firms, retailers and industry representatives who said they were already seeing signs of problems and have concerns these may worsen as trading volumes return to normal levels. Food retailers have noted issues relating to some products, which may lead to short-term delays and increased consumer costs.

Simon Marriott, chief operations officer of BWG Foods, which is behind food retailers Spar and XL, said its supply chain was robust, but that there had been some “short-term interruptions” for certain food categories. Affected products included fresh, short-shelf-life items that pass through the UK, such as yogurts.

Marriott said some UK exporters had not understood some of the required paperwork, resulting in delays and lorries being turned away.

Noel Keeley, chief executive of Musgrave, which is behind retailers Supervalu and Centra, said it noted “teething issues” in trade with products that come from other countries, through the UK and then on to Ireland.

He used the example of a product sent from China as part of a consignment and then disseminated in the UK. If part is then sent on to Ireland, it would attract tariffs.

Keeley said affected products were mostly non-food and “rest-of-world food” such as prawn crackers or rice, mainly impacting its wholesale business. He said he may source such products from Europe to avoid UK issues.

He added Musgrave was in a good position stock wise.

And Des Travers, CEO of DPD Ireland, one of Ireland’s largest parcel delivery companies, said delays had occurred with some shipments from Britain. Travers said DPD can’t ship incoming parcels from the country without full customs’ data. He added it was engaging with shippers to rectify the issue.

Irish Exporters Association CEO Simon McKeever said an increasing number of hauliers faced some problems last week and he said it was crucial that importers fully engage with Revenue over import declarations. Problems had also been caused by a lack of preparation by British firms, he said.

In Texas, ‘people are angry…really hot’ about impeachment

Reshoring and Your Bottom Line

Demand for warehouse workers, managers will drive up salaries, Randstad US says