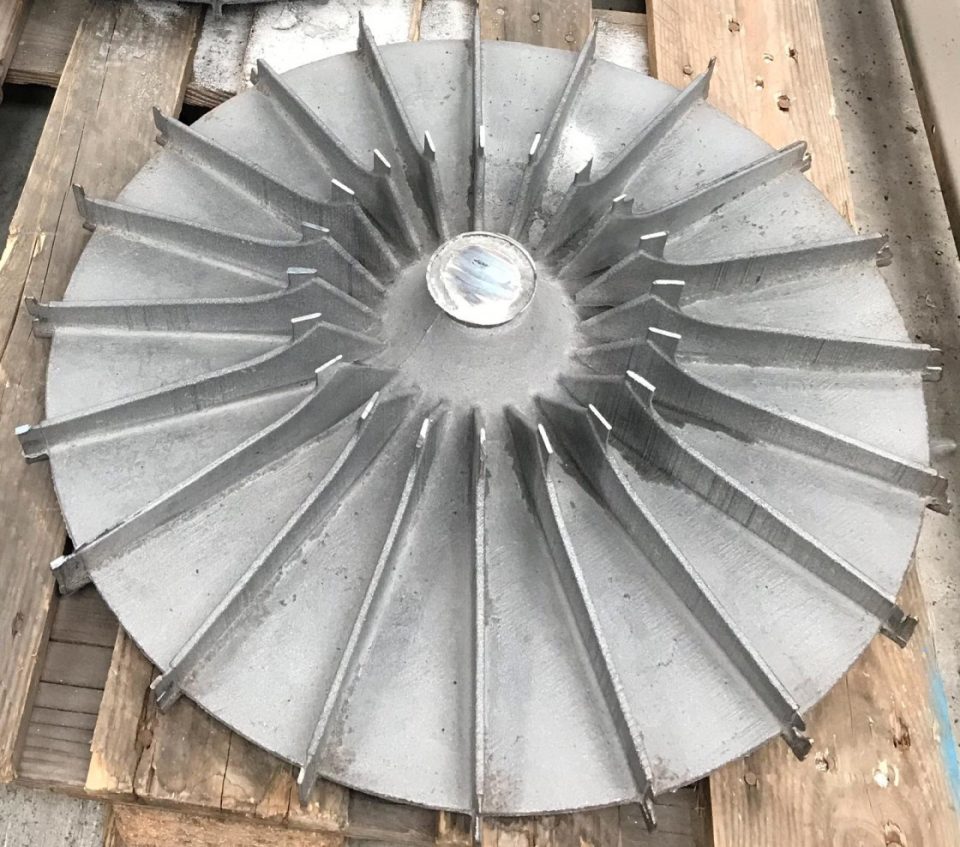 Working with SP3D in a pilot project earlier this year, Braskem utilized its DigiPart software to filter through the value, Minimum Order Quantity (MOQ) and lead time data of its spare part inventory. In total, the company was able to assess the necessity of 15,000 components, and identified 47 percent of these as surplus to requirements.

In future, Braskem aims to leverage the technology to manage its supply of emergency parts, and to reduce its expenditure on holding heavy amounts of stock.

“One of the important elements we needed [in the project], was the capacity to have a reliable potential estimate based on a representative subset of our spare parts in a relatively short amount of time,” said Alexandre Pintor da Luz, Project Coordinator at Braskem. “Spare Part 3D’s additive manufacturing know-how, coupled with DigiPart’s efficiency, were key to the success of our project. We are looking forward to scaling the project to the next phase.”

SP3D is a French 3D printing software start-up that provides a suite of programs which are designed to help clients to identify, digitize, and 3D Print spare parts in a more cost-effective way. The company has worked with firms from a range of sectors, and assisted them in reducing their storage of obsolete parts, and cutting their lead times for critical components.

At present, SP3D’s software offering is broken down into three different stages of business development including targeting, deploying and scaling services, as well as those for on-demand manufacturing. DigiPart, meanwhile, is the company’s flagship system, and it’s specifically designed to help 3D printing companies build an end-to-end digital spare parts inventory.

The software is built around a three-phase process, beginning with a scan that identifies and maps out any parts that are 3D printable. In the second stage, the system recommends the optimal materials and technologies to create the components with, and in the final step, the part is printed out as planned.

DigiPart’s automated nature lends it an inherent scalability, and SP3D also has partnerships with a number of part providers. As a result, users can plan which parts they will need, order them in advance, and get the components shipped with door-to-door service. In recent years, this flexibility has enabled the start-up to work with a number of multinational clients such as Honeywell and DNVGL, amongst others.

Now global petrochemical company Braskem has joined forces with SP3D in an attempt to make its supply chain more efficient, and to reduce its overall spare part spending.

Braskem turns from provider to consumer

Despite the fact that Braskem is reportedly the largest producer of thermoplastics in the Americas, it has turned to another company, SP3D, to optimize its spare part supply chain. The chemical firm identified an opportunity within its American and European businesses earlier this year, to cut down its expenditure related to the storage of heavy industrial parts, and chose to partner with SP3D as a result.

Initially, Braskem adopted SP3D’s software as part of an eight-week program to test its efficacy, and see if the platform could effectively establish the potential printability of its spare part inventory. SP3D’s DigiPart program deployed a unique functional specificities analysis approach, which allowed Braskem to sift through huge amounts of resource planning data in a short amount of time.

What’s more, with the help of the SP3D team and its business case decision tool, Braskem was able to identify 3D printable parts by looking at analyses based on part value, order quantity and lead times. This approach also allowed the company to pick out promising component categories such as nozzles, rotors or seats, which could represent business opportunities for it in future.

Over the course of the project, the team analyzed a complete 15,000 part subset, categorized each component into a printability group, and identified a suitable technology for it to be printed with. A total of 7,950 parts were identified as printable (or 53 percent of the total), meaning that Braskem didn’t waste any resources on producing the other 47 percent.

As a final demonstration of the software’s capabilities, Braskem printed a few concrete examples of parts in Brazil, which proved the level of overall optimization that could be achieved. Julien Bofill, COO of SP3D, praised the contributions of both teams to the program’s performance, and stressed the importance of Enterprise Resource Planning (ERP) to supply chain success.

“The success of the Braskem project is also the result of having the right people included from the start,” explained Bofill. “It was necessary to have everyone’s perspective from warehouse, procurement and engineering to get some of the intangible data that you cannot get from the ERP. That intangible data is also fundamental to obtain buy-in of key people on such disruptive projects”.

Digital inventories allow manufacturers to manage their supply chains more efficiently than with analogue methods, and an increasing number of companies have ‘gone digital’ in recent years.

German railway firm Deutsche Bahn (DB) holds one of the highest-profile digital inventories in 3D printing, and it has now agreed to work with software developer 3YOURMIND to build a ‘digital warehouse’ of parts. Using 3YOURMIND’s AMPI software, DB has been able to achieve significant savings and reduce vehicle downtime.

Elsewhere, The Indian Navy has partnered with Indian 3D printing service bureau think3D to fabricate spare parts on-demand for both on and off-shore training exercises. The Navy used the service to overcome the limitations of its old, imported machinery, by producing spare parts instead.

Swedish infrastructure and mining equipment manufacturer Epiroc is also focusing on 3D printing spare parts, and introduced a project which aimed to support the mining industry in June 2019. The ‘6th Sense program,’ brought enhanced digitalization and automation solutions to the industry via the introduction of a digital inventory storage system.

Nominations for the 2020 3D Printing Industry Awards are still open, let us know who is leading the industry now.

The fourth edition of the 3D Printing Industry Awards Trophy Design Competition is now underway. Enter your design for the chance to win a CraftBot Flow 3D printer.

Are you looking for a job in the additive manufacturing industry? Visit 3D Printing Jobs for a selection of roles in the industry.

Featured images one of the concrete components that Braskem 3D printed as part of a pilot program in Brazil. Photo via SP3D.

Amid financing drop in Southeast Asia, Vietnam to be top destination for investment in the next year: Q&A with Do Ventures co-founder Vy Lee

A New Blow to the Solar-Energy Supply Chain – BloombergQuint

Local, judicial and state contests are where your vote matters most: Eric Foster

Darwen business shipping scented crystals to wholesalers across the UK