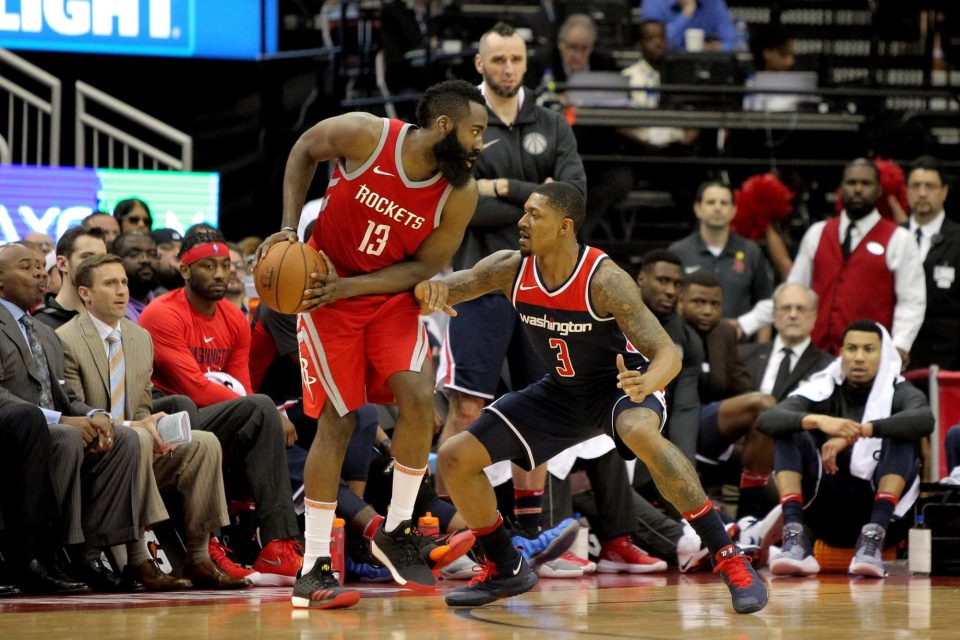 With no movement on the James Harden trade front and the Washington Wizards in free-fall, it’s time for Bradley Beal to become the NBA’s top trade target.

Like any market, the NBA trade market can shift as variables develop. In the case of James Harden, we may be finding that Washington Wizards star Bradley Beal is quickly becoming a more desirable trade target for teams around the league.

While Harden is the kind of player who can drag a team to the playoffs by sheer force of will, Beal hasn’t shown that same ability. However, on a team looking to trade for him, Beal’s ability to fit into any scheme rather than have the scheme fit around him would be valuable. After all, teams trading for Beal won’t be fringe or non-playoff teams, they’ll be teams needing a star to push them into the realm of elite contenders.

As The Ringer’s Kevin O’Connor elucidated, Beal’s youth is also an advantage. He’s four years younger than Harden at just 27, and his contract his downright palatable in comparison. Both players are under contract through 2022-23, a period of time over which Harden will make $132.9 million, while Beal makes just $100.5 million.

Bradley Beal is younger, cheaper, more malleable, and carries none of the dubious “culture” issues that come with James Harden after his tumultuous start to this season. All these factors combine to make Beal a more than appealing trade target for teams looking to make the leap into the top tier of NBA contenders.

He hasn’t requested a trade and all indications suggest that he won’t request a trade, and the Washington Wizards are showing no signs of being willing to trade him. But he’s too good for his situation currently. Russell Westbrook is set to miss at least a week with a quadricep injury and is already battling a dislocated finger, and there is no sign of hope riding in over the horizon.

Beal showed signs of frustration with his quote over the weekend that stated the Wizards couldn’t guard a parked car. He scored 62 points in a loss to the Philadelphia 76ers last week and while he leads the NBA in scoring with 35.0 points per game, his team is just 2-8.

He toiled in ignominy last season on another bad Washington Wizards team and received no All-Star or All-NBA accolades in spite of averaging a career-high 30.5 points per game. Bradley Beal won’t want to go down in history as a player who scored a lot of points and never won anything, so in this era of player movement, even he must be starting to consider alternative outcomes to his current trajectory.

Beal is already doing all he can, and whether it’s fair to blame coaching or management, the team around him isn’t capable of finding the level upon which he plays. That won’t be the case on teams that might trade for him.

It’s clear Beal is fond of living in Washington, but he can win elsewhere. He can’t win there.

You can expect these elite teams around the NBA with a need for a major scoring burst to begin circling the cooling corpse of the Washington Wizards, hoping to strike a deal to extract him. In this bizarre and discomforting season, it’s likely that this outcome will develop sooner than later.

Plans change in MLB because of health issues