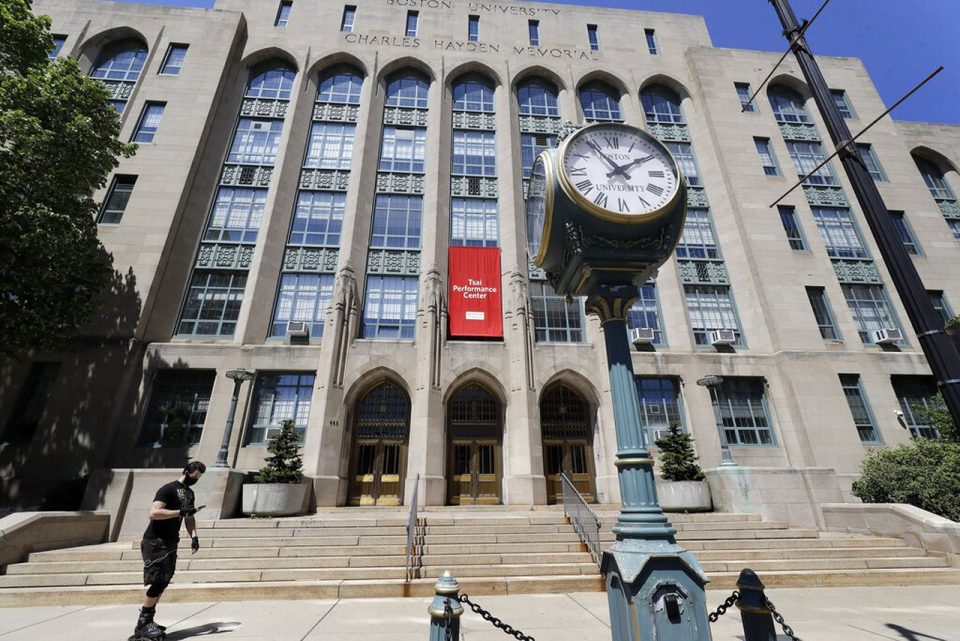 Boston University and a Bedford-based cybersecurity company, MITRE, were selected to work with the Massachusetts Department of Public Health on a digital contact tracing initiative.

The state named the award recipients in a brief notice on Monday on the state’s contract website.

The state opened applications in November for organizations to pilot digital contact tracing technology using an interface released by Google and Apple in September. The tech giants’ technology, called EN Express, uses Bluetooth signals to notify users if someone they came in contact with recently tested positive for COVID-19. The signals let the COVID-positive user anonymously notify the phones of others.

According to the request for responses, Boston University would be testing the technology on its campus community. The university has 35,000 students and more than 10,000 total employees, but a small fraction of them have been on campus this year because of the coronavirus pandemic.

The state expects the partners to pilot the digital contact tracing technology, analyzing how effective it is and whether there are any privacy or security flaws.

The state outlined five tiers of success for the project: Does the technology work? Does it enhance or complement existing contact tracing? Will Massachusetts residents buy in? Does this boost the state’s response to COVID-19? And does it help reduce community spread?

Beyond the project description in the RFR, the terms of the agreements with Boston University and MITRE and how much of their communities would participate are unclear. The state delivered its procurement results in 27 words, stating little else except that awards were not issued for the second and third projects promoted in the applications.

A spokesman at MITRE did not immediately have information when reached by phone for comment.

Several states have launched digital contact tracing apps in hopes of detecting community spread more quickly, though states have struggled to get people to download apps or allow iPhones to send or receive the Bluetooth signals.

“Electronic exposure notification may inform users of infection risk sooner, help them seek medical interventions sooner and reduce their risk of spreading disease further,” the Workgroup’s webpage states. “Unlike traditional contact tracing methods, this process can help identify people who contract the disease through exposure but do not realize that this has occurred.”

For Google devices, EN Express comes on an app that users have to download. Apple’s version is built into the iPhone’s operating system and can work on devices with the latest updates if a user allows it, similar to Amber alerts or severe weather warnings.

The phone is supposed to send or receive Bluetooth signals without transferring information about the identity of the phone user. Still, state officials remain concerned about the potential privacy issues associated with digital contact tracing using the public’s devices.

“You cannot underestimate how important the issue around trust is when it comes to contact tracing,” Gov. Charlie Baker said in November. “I think in many respects part of the reason you haven’t seen digital contact tracing adopted in a big way in many western world democracies is the concern about basically targeting and telling people based on the presence of their phone in certain locations.”

The applicants must attest that they acknowledge they will not receive financial compensation, state documents say. The estimated start date for the contract is Jan. 1.