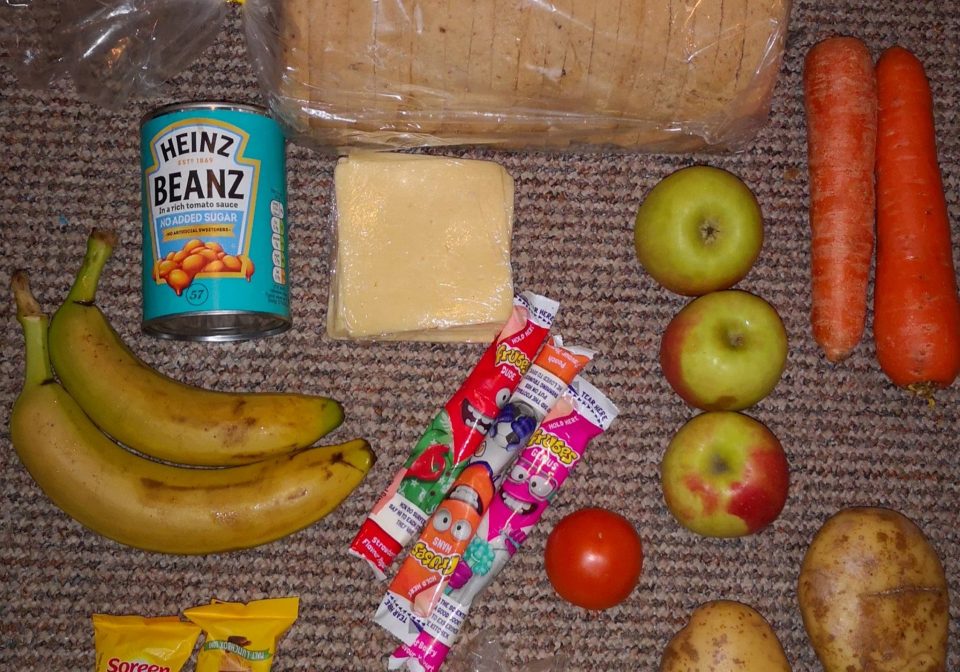 The government has condemned the contents of free school meal parcels given to disadvantaged schoolchildren as “completely unacceptable”, after pictures of the meagre packages – supposed to be worth £30 – caused an outcry on social media.

The Department for Education will tell the company responsible that “boxes like this should not be given to families”, Downing Street said, as campaigners including Marcus Rashford and MPs from both main parties criticised the parcels — with Labour leader Sir Keir Starmer calling them “woefully inadequate” — and demanded answers over their funding.

Meanwhile, Scottish fish exporters are warning that prices are “collapsing” by up to 80 per cent due to Brexit red tape and bureaucracy. And Priti Patel is set to hold a press conference this evening to outline the government’s latest stance on lockdown rules after Boris Johnson’s bike ride led to further confusion over the meaning of “stay local”.

Priti Patel has indicated that the government does not plan to further tighten its lockdown rules, despite some calls to do so.

“The rules are tough enough – stick with the rules, think about your actions and we can get on top of this pandemic,” the home secretary told a Downing Street press conference, in which she and National Police Chiefs’ Council chair Martin Hewitt warned there were “still too many” people flouting the rules.

Giving some recent examples of “irresponsible behaviour” during lockdown, Martin Hewitt of the National Police Chiefs’ Council revealed there had been a “boat party” in Hertfordshire attended by more than 40 people, who had paid £30 each for a ticket.

A minibus full of people from different households also travelled from Cheltenham into Wales to go for a walk and, in Surrey, police issued a £10,000 fine to the organiser of a party who was trying to claim it was a business event, Mr Hewitt said.

In Bristol at the weekend, a 19-year-old man was arrested, after police found an advert for an illegal rave on social media. They fined 38 people who showed up, and “turned away many more”, he said.

“We will not waste time trying to reason with people like this, who have no regard for the safety of others,” Mr Hewitt said.

‘Still too many’ choosing not to listen to police on lockdown rules, NPCC chief says

“A stubborn number of people have refused to abide by the regulations, and we have had to use enforcement powers,” said Martin Hewitt, chair of the National Police Chiefs’ Council.

He said the rules are “clear” and urged everyone to abide by them, adding: “With a virus spreading so rapidly through contact with others, we should all be asking ourselves whether our reason to leave home is truly essential. Those personal decisions are critical.

“Since October, we’ve been guiding our officers to move more quickly to issuing a fine where people are clearly breaching regulations and they’re not listening to us … but there are still too many who are choosing not to, and in doing so they’re endangering us all.

“And so it’s important for me to be really clear, at this critical time, we will have more officers out on dedicated patrols to take action against the small few who are letting us all down.”

“Our ability to get through the coming weeks and months depends on each and every one of us contributing to what is truly a national effort. But a minority of people are putting the health of the nation at risk by not following the rules,” Priti Patel has said.

“That is why the secretary of state for local government has today talked to councils about the role they have to play in enforcing the rules and in saving lives, and our police officers are now moving more quickly to issue fines where people are clearly breaching coronavirus regulations.”

Nearly 45,000 fixed penalty notices have been issued across the UK, the home secretary said.

“So my message today to anyone refusing to do the right thing is simple: if you do not play your part, our selfless police officers who are out there risking their own lives every day to keep us safe, they will enforce the regulations, and I will back them to do so, to protect our NHS and save lives,” Ms Patel said.

As of today, more than 2.43 million people have been vaccinated across the UK, Priti Patel has said.

The number of people in hospital with Covid-19 has increased by 22 per cent in the last week, the home secretary said.

‘My kids have gone hungry’: The parents struggling through the pandemic with free school meals parcels

My colleague Tom Batchelor  has spoken with recipients of the “offensively meagre” food parcels handed out as part of the government’s free school meals programme.

“My kids have gone hungry,” 41-year-old Mizz Sayce from Staffordshire says. “Sometimes you can go three or four weeks without a box, sometimes it’s just a few days. We have had to stretch everything – we even have to ration out crisps. There are 21 in each bag and we share them out.”

Her story – one which is repeated across the country – has forced the government to launch an investigation after parents shared images online showing their free school meal provisions.

Mark Drakeford has said the Treasury needs to adopt “greater accuracy and transparency” over the way its coronavirus funding announcements are made and criticised it for making eleventh-hour decisions.

Last week Rishi Sunak said the Welsh Government would receive £227m of additional business support as England entered a third lockdown – but it later emerged the funding was merely part of the £5.2bn already promised to Wales at the start of the pandemic.

“The UK government continues to make funding announcements at the 11th hour without any engagement with the devolved governments, without any immediate clarity on the implications for Wales,” Mr Drakeford told the Senedd.

“Confusion surrounding last week’s announcement on business support is only the latest example.”

Scottish fish prices ‘collapsing’ by as much as 80% due to Brexit bureaucracy, industry warns

Scottish fish exporters have warned that prices are “collapsing” due to delays shipping goods to the EU after Brexit, our Business Correspondent Ben Chapman reports.

The burden of red tape has led to a backlog of seafood which cannot make it across the border in time to be sold at markets in France and beyond. With limited access to their main customers Scottish fishermen have been faced with a glut of perishable goods.

UK comapnies will face fines unless they can show their supply chains are not linked to forced labour and new guidance will be issued on how to make sure their producers are not linked to human rights abuses. Firms found wanting will additionally be barred from UK public sector contracts.

Our policy correspondent Jon Stone has the full story:

US ‘likely’ to suffer shortage of pharmaceutical drugs if coronavirus pandemic rages on, intelligence finds – The Sun

Wildfire assistance resources and how to help (Oct. 19) | Local