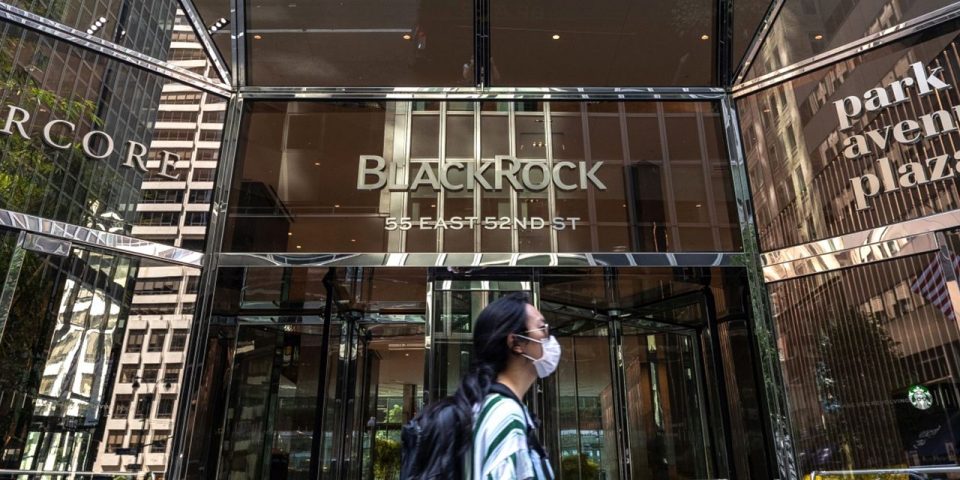 BlackRock CEO Larry Fink eloquently talks the talk about fighting climate change, but does his company walk the walk? A recent report by fund tracker

This past January, Fink made headlines with his annual letter to CEOs in which he stated: “Climate change has become a defining factor in companies’ long-term prospects…. Given the groundwork we have already laid engaging on disclosure, and the growing investment risks surrounding sustainability, we will be increasingly disposed to vote against management and board directors when companies are not making sufficient progress on sustainability-related disclosures and the business practices and plans underlying them.”

That’s why it’s surprising to see in Morningstar’s analysis of the 2020 proxy voting season, that

(STT), Fidelity Investments, and American Funds—BlackRock and American were the only whose support for such proposals declined in 2020. Moreover, BlackRock’s 14% support level was the second-lowest after American Funds’ 11%. Index fund competitor Vanguard’s support level increased from 25% to 36% and State Street’s from 38% to 55%. Meanwhile, the report broke out Fidelity’s index funds run by subsidiary Geode from its active ones. Fidelity/Geode’s support leapt from 38% to 64%.

“We took voting action [in 2020] at 53 companies for climate issues, more than the 41 companies which received a pure climate-related shareholder proposal,” according to a BlackRock spokesperson.

That “voting action” more often involved voting against the election of directors at companies, rather than supporting shareholder proposals.

“When we vote against directors in our experience, that’s a very meaningful tool,” says Sandy Boss, BlackRock’s Global head of Investment Stewardship. “It was also more specific to the problems that we were trying to solve [in 2020].” One reason, she says, for the director-vote preference is that “proposals are mostly a U.S. tool” because of different regulations overseas. “So, in Europe and in Asia, typically the only tool that we have available is votes against directors.” There is also a question as to “have the proposals been given to the right companies? What you’ll often see is a very small number of companies getting many proposals.” To gain BlackRock’s support, she says, climate-related proposals should be “material,” and “urgent,” to the company’s prospects. The content of some rejected proposals, Boss adds, can “be excessively binding in terms of prescriptive nature.”

That rejected proposals are excessively binding is a surprising argument, given the fact that shareholder proposals in the U.S. are technically non-binding, and can’t be legally enforced. They are purely a mechanism to express to executives the direction in which shareholders want the company to go. Support conveys a powerful message, but not an absolute one.

“Climate change is such an urgent risk to financial stability, that it really has to be addressed with all of the strategies available to investors,” says Jackie Cook, Morningstar’s Head of Proxy Voting and Investor Stewardship Research. “Proxy voting is really a very obvious and powerful strategy.”

While Cook says BlackRock’s voting against climate-risk denying directors is powerful, she adds that “they didn’t invoke that strategy in enough cases for it to have been powerful enough to move the dial on these issues.” According to BlackRock, although it voted against a significant 5,100 directors in 2020, only 55 of those no votes were “for insufficient progress on climate disclosures.” Worse, corporate governance advocacy group Majority Action found in a review of the 2020’s director votes at 56 major oil, electric utility, financial services, and automotive companies in the S&P 500 that BlackRock—and Vanguard—supported 99% of them.

Cook says director votes should be part of a multi-prong strategy: “There’s no reason why not to also vote in support of resolutions that are asking for disclosures that are entirely consistent with the TCFD—the Task Force on Climate-related Financial Disclosures.” The TCFD is a private-sector group founded by former New York City mayor Michael Bloomberg seeking to “develop voluntary, consistent climate-related financial risk disclosures.”

Indeed, in its 2020 Commitment to Sustainability Report, BlackRock, which is a supporter of the TCFD, states “Our objective was to bring the final recommendations of the Task Force on Climate-related Financial Disclosures (TCFD) to the attention of company leadership and ask them to consider reporting in line with the TCFD framework.”

Moreover, Morningstar’s report analyzed 20 other climate proposals—asking for political lobbying disclosures and independent board leadership arrangements at large fossil fuel companies and electric utilities—and BlackRock’s record with these was even worse—10%—despite the fact that 12 of those resolutions were also supported by the Climate Action 100+ investor coalition, which BlackRock also joined this January when Fink made his statement.

“The function of the coalition is to coordinate engagement with companies and bring to bear the weight of the $42 trillion in assets under management that are represented by the collective membership,” says Cook. “But the problem is there are members—and BlackRock is probably the most obvious example—who don’t support resolutions that are put forward by other Climate Action 100+ members. That’s why the Coalition flagged 12 of the resolutions this past proxy season as defendable ones. So, I think it’s fair to judge all Climate Action 100+ members against whether or not they supported those 12 resolutions.” In this case, though BlackRock’s supported two resolutions—one for a climate lobbying report at

(CVX) and another for an independent board chair at ExxonMobil (XOM)—while Vanguard and Fidelity opposed all 12.

“I think our fellow members of Climate Action 100 definitely recognized, when we joined, that we joined because we support the end goal,” Boss says. “And we also continue to do direct engagement, because that’s something that we can do a lot of smaller investors can’t.” In 2020, BlackRock engaged more than 400 companies that “face material financial risks in the transition to a low-carbon economy,” a statement from the company said.

In the past, both BlackRock and Vanguard have expressed a preference for such “direct engagement,” which is actually behind the scenes meetings with company executives as opposed to public shareholder votes. But there’s no reason they can’t both engage with companies privately and support shareholder resolutions. In fact, in Chevron’s case, BlackRock’s has done just that, promoting in its 2020 Voting Bulletin its “long and constructive history of engagement with Chevron.”

The problem with private engagement is fund investors don’t know exactly how engaged these discussions are. “All we have is BlackRock’s word that it’s engaging on these issues,” Cook says. There is also a business risk to BlackRock if it continues to fail to support these proposals while competitors, which offer very similar index-based products, do. It could appear that Fink’s statements and joining groups like Climate Action 100+ are merely greenwashing. “Are these members of [Climate Action 100+] just sitting here for basking in the glow or are they actually doing stuff?” asks Cook. “They’re supposed to be leading or joining ongoing engagement, because it’s a coalition of investors who are engaging in a collective way. So, it doesn’t make sense to join the coalition and to carry on your engagement independently.”

In fairness, Boss says the company is currently undergoing its annual review of its stewardship policies: “In light of [Fink’s] January commitments, this is a more thorough review than we often would do. One of the things we are looking at is that traditional approach to shareholder proposals, looking at what’s the right way to use them as a tool in combination with engagement and with voting against directors. So, it’s definitely something we’re attentive to, because we don’t want companies, other investors, and clients to misunderstand our intent.”

Smart Manufacturing Implementation is Moving Up

Smart Manufacturing Market 2020 To Witness High Growth In Near Future