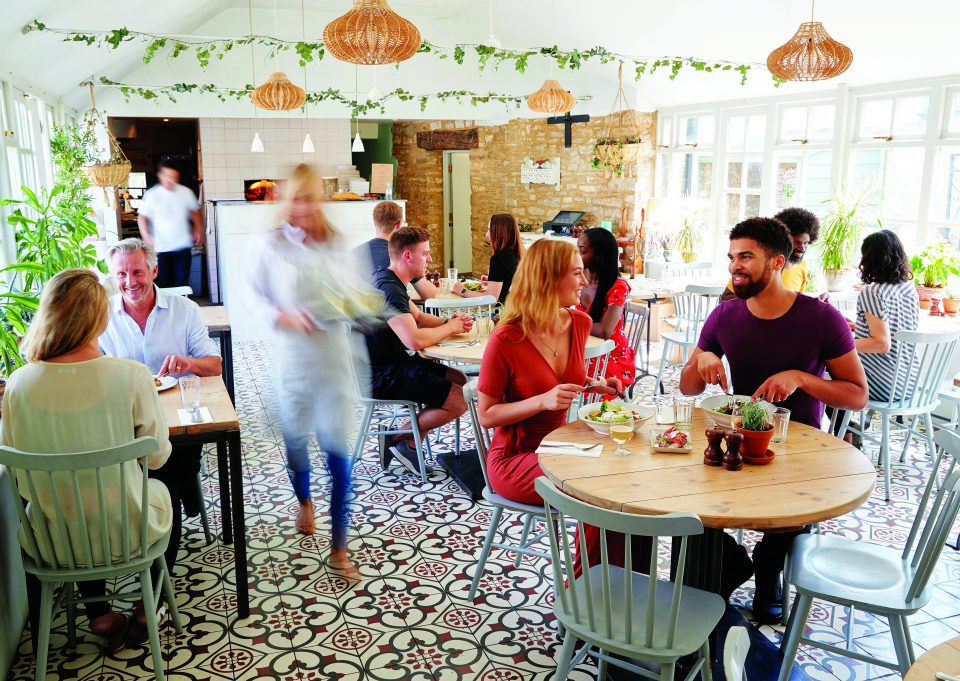 New Chancellor Rishi Sunak has a fight on his hands. Ahead of his first budget this week, he now has to forestall an imminent plunge into recession. Just two weeks ago he was on course to present a picture of steady if gradual improvement after three and a half years of Brexit uncertainty. Now recession looks in prospect as a result of the coronavirus epidemic.

More than 40 per cent of consumer spending is in social situations. Picture: Getty/iStockphoto

Faced with this, the temptation must be to point to the immediate, deep uncertainty, pull up the drawbridge and put new announcements on ice until the epidemic has peaked. Delaying the bulk of the planned budget until the autumn and delay any tax cutting measures might seem the prudent course while the full effect of coronavirus remains unknown.

But that would be the least helpful course. It would deny business the prospect of measures that would help economic recovery as the spread of the coronavirus virus peaks and add to public panic. Sunak needs to give grounds for hope rather than a retreat into caution and stasis.

The greater risk is that measures to counter the gloom may be limited to following the example of the US central bank and cutting interest rates by a full half percentage point when the Monetary Policy Committee meets this week.

This would take official rates here down from 0.75 per cent to 0.25 per cent, while banks are exhorted to support companies with cash flow problems.

But as the US example has shown, even the move to cut interest rates by more than expected, far from calming investor nerves, has heightened apprehension that the economic hit may be worse than generally realised. Markets have continued to fall on consideration that monetary measures have only a limited impact in the face of public avoidance of everyday social interaction – from travel arrangements through sports and business events to restaurant visits.

It leaves the Chancellor with everything still to do. But what? Far from his options being closed down, there is much he can do. For example, there is an immediate need to focus on novel approaches that could reduce the impact of the virus and enable a rapid claw-back of economic losses once the outbreak subsides.

More than 40 per cent of consumer spending is linked to “social situations” and is at risk from people avoiding crowds. Some of this spending may be permanently lost, and the scope for conventional policy to offset drops in “social consumption” is limited.

Oxford Economics says: “Targeted assistance is likely to be needed to the affected sectors. Conventional approaches can also have only a limited impact on the negative labour supply shock caused by illness and isolation, an impact that’s likely to be greatly increased by preventative policies such as school closures. Policy should focus on protecting the incomes of sick workers, including vulnerable groups like the self-employed, and supporting the eventual rebound in output.

“Financial strains that worsen the downturn are a major risk. Central banks may have to become directly involved in providing bridge financing to key firms and sectors, and in pushing banks to do likewise. This may be expensive and require key areas of regulation, including ‘fiscal rules’ to be suspended.”

One positive step that would help consumer-facing businesses would be to delay or reduce payments on VAT to assist SME’s with cashflow and to open up public procurement contract opportunities.

Another is to allow companies to set off capital expenditures against tax immediately instead of writing them off over time. Inflation erodes the value of the deduction and discourages investment in buildings and machinery, acting, in the words of the Adam Smith Institute, as an effective tax on companies. “This… accelerates deindustrialisation and holds back growth in parts of the country that are relatively more dependent on manufacturing.” It wants to see the entire cost recognised up front. Allowing full discounting immediately, it says, would in the long run boost investment by 8.1 per cent and productivity by 3.54 per cent or £2,214 per worker.

Sunak could also look to raising the annual investment allowance, thus reducing tax bills for companies that invest. The Scottish Chamber of Commerce has called on the UK government to extend the current £1 million Annual Allowance due to expire on 31 December, for a further two years and at the higher limits for longer.

This formed part of a broader call by SCC chief executive Liz Cameron for a UK government commitment “to a one-year moratorium on all policy measures that increase business costs, including no new business taxes or added regulatory burdens, excluding evidence-based changes to the National Living Wage.

“Sluggish growth in the Scottish economy – slower compared to the rest of the UK – continues to limit the country’s significant economic and international potential. Key issues around demography, productivity and the lack of certainty over future trading arrangements all continue to present current and future challenges for businesses across the country.

“The UK budget must take decisive action to boost growth, productivity and confidence across the whole of the UK, including incentives to release investment and ease the cost of doing business.”

Finally, there is a policy tool close to the Chancellor’s heart: moving ahead on free ports. Prior to his appointment, he authored a 50-page report recommending the introduction of free ports. Consultations are said to be under way on opening 10 such sites. Trade duties would be deferred, delayed or scrapped in zones around ports or airports, stimulating activity in areas that have suffered from economic rundown.

There is no need for the coronavirus epidemic to delay a statement of clear intent to move forward on these fronts, any more than putting a marker down on tax cuts in the autumn. Big infrastructure projects are no substitute for tax reductions that could lift millions of firms large and small. A declaration of intent here would bring a big morale boost.

Coming into his own: Prince William, the pandemic and a higher profile