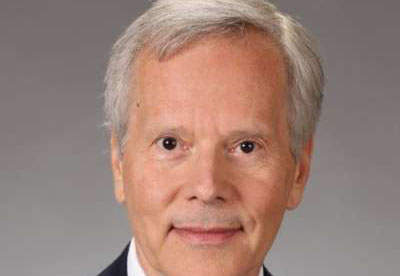 When it comes to buying cloud services, when you mix Microsoft, Amazon, Google and Oracle, it seems there’s always a protest. No, not JEDI but rather an acquisition by the Library of Congress, a Congressional branch agency. In this case, because of the way the Library structured the procurement, the protests were successful. Federal Drive with Tom Temin got the details from procurement attorney Joseph Petrillo.

Tom Temin: In this case, the Library was not buying directly from the cloud services providers, but buying compatible products through an intermediary — and they didn’t quite go about it in a way that could avoid protests.

Joe Petrillo: Quite right. What the Library of Congress was doing here, I think was trying to preserve an enormous amount of flexibility in a single procurement instrument. And I think it got caught up in those cross purposes. The library wanted to have a single award, that was their preference, for an IDIQ contract. But they required the contractor to maintain existing services that were hosted on three different platforms, Amazon Web Services, Google Cloud Platform, and Microsoft Azure. In addition, the intermediary would provide the marketplaces in which Library of Congress users could select software applications that would run on the various cloud platforms.

Tom Temin: Okay, so again, it was compatible services from third parties, correct?

Joe Petrillo: Exactly. And they were going to be funneled through this this single intermediary that was going to provide all this capability to the Library of Congress. That was protested by a two potential competitors, Mythics and Oracle. And they objected to several of the aspects of the solicitation. Initially, the Library of Congress tried to moot the protest by proposing corrective action, but they didn’t specify exactly what they were going to do. They say, well we’ll do this or that or the other thing, and it got really confusing. This really isn’t like a situation where there’s been an award, and the agency can move the protest by saying, well we’re canceling the award and re-evaluating. This is a solicitation where all the issues get tied up together. In this instance, GAO said, no that’s not good enough, let’s go forward with the protest. And one wrinkle here of interest to lawyers is the Library of Congress, of course, is a legislative branch activity, and isn’t bound by the FAR, but they have a procurement policy that says we’re gonna follow the FAR as a matter of policy. So GAO applied the FAR and ultimately that was the undoing of the Library of Congress. The protest was upheld on several grounds.

Tom Temin: So Oracle was bidding, and Mythics, they were bidding on the contract to host this marketplace, not on offering cloud services, per se?

Joe Petrillo: Well, the basic problem was, from their point of view, that this was a procurement that had been structured in a way where they could not compete for the requirements. So they objected to several of the specifications as being overly restrictive. And they won on three of those arguments. The most important one, I think, is this idea of the operation of online marketplaces, Library of Congress said, well these are mere adjuncts to the cloud services. If you have cloud service, you want to make sure that software will run on it. But GAO sustained this part of the protest, because the contractor not the government would be selecting the software that appeared on the marketplaces. This is an interesting holding. And it has, I think, some implications for other procurements.

Tom Temin: Yes, what is the issue there, because it should be the government that is selecting the software that it will choose from, and then finding someone to host a marketplace for it.

Joe Petrillo: Basically, what’s happening here is that GAO was influenced by a decision by the court of federal claims, which held that for the VA’s Prime Vendor program, when the VA shifted from selecting the goods to be on the Prime Vendor program, to having the contractors select those goods because it was having some internal problems with vetting companies for the marketplaces — there was a protest of that procurement there. One of the issues in the protest was the propriety of having the contractor select the entrance to the marketplace. Based on that ruling, GAO held that this was basically a non-competitive acquisition method and had to be justified as such by the government.

Tom Temin: Alright, so that then ruled out that aspect of it. And what about the naming of the cloud services for which these third party software products would have to be compatible?

Joe Petrillo: Sure. Well, in that instance, the Library of Congress tried to amend the solicitation to fix the problem of having specific named software applications. It failed to do that for several reasons. First, they tried to make this a brand name or equal solicitation. And they named specific capabilities that need to be achieved by the contractor. But they didn’t specify how the offer of alternate products would be judged against those characteristics. So that was one problem. A more serious problem, I think, was that the contractor had to maintain existing applications hosted on the three named cloud services, and then migrate those over to its alternative cloud. So the contractor still had to have a way of engaging the three named companies to provide cloud services for the Library of Congress. And finally, the specifications also required Microsoft named software as a service. And that was another brand name spec that hadn’t been justified by the Library of Congress.

Tom Temin: Yes. So basically, the Library did nothing right in this procurement. What was the final status? So GAO upheld those three grounds of protest.

Joe Petrillo: It upheld the three grounds of protest, the last one being preference for single award, which hadn’t been properly justified either. And the Library of Congress has to go back, I think, probably pull this solicitation, redraft it and reissue it and try to cure those defects, making the appropriate justifications if it could do so.

Tom Temin: Wow. So what it has to do next, then is name the products that wants to be on the IDIQ, I guess you could call this? And would that involve another solicitation? In other words, we want to establish this marketplace for these products. These products would have to be chosen in open competition also I would think.

Joe Petrillo: That would probably be the best way to do it. Or alternatively, the products could be justified as sole source acquisitions basically, if the facts were supportive of that.

Tom Temin: You think those products are on some government wide acquisition contract somewhere that they could simply use?

Joe Petrillo: You would think that and if there isn’t such a contract, there probably should be one.

Tom Temin: Attorney Joe Petrillo is with Petrillo and Powell of Washington. Thanks so much.