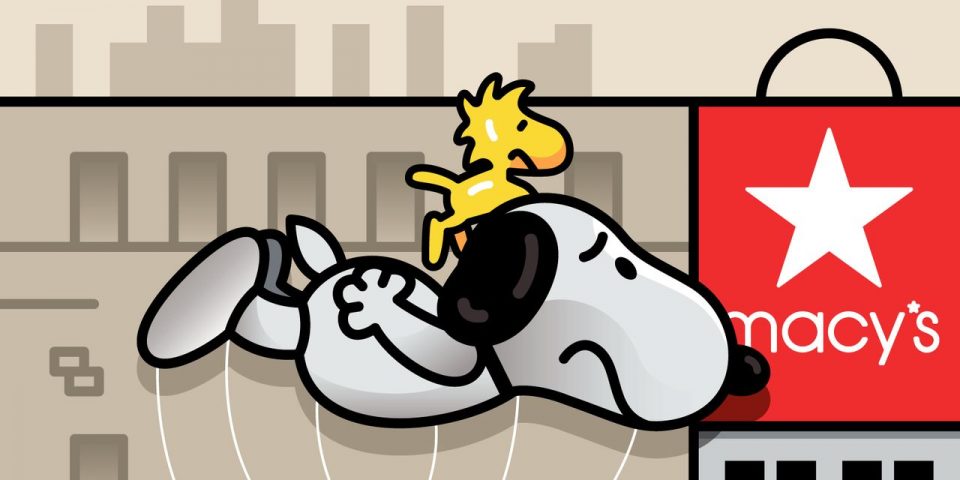 
Macy’s
will report its third-quarter earnings on Thursday. How the results are may well affect the moods of investors as they watch the retailer’s Thanksgiving parade just a few days later.

The year has not been kind to the retail giant. Macy’s stock has lost nearly half its value and is at its lowest level since the financial crisis. It’s among the worst of a beaten-down crowd:
J.C. Penney,
Kohl’s,
and
Nordstrom.

Struggling from e-commerce competition and hurt by tariffs from the trade war, Macy’s revenues have trailed last year’s, and its margins have narrowed as it heavily discounted to clear excess inventory. In the second quarter, earnings were almost half Wall Street expectations, driving the stock down 13% on the day. Analysts don’t expect Macy’s to make a third-quarter profit and see same-store sales falling for the first time in two years.

Macy’s has very little to be thankful for right now. Stock market and consumer confidence are both near cycle highs, and overall retail sales are expected to be strong for the holidays. But that probably won’t save the retailer from its misery. Despite robust holiday sales in 2017 and 2018, Wall Street didn’t give the shares of Macy’s and its peers much of a boost as investors remained cautious about weak earnings and the future of department-store retail.

Macy’s recently lowered this year’s profit outlook to $2.85-$3.05 per share. The Street is even gloomier, anticipating only $2.70—a third less than last fiscal year. Macy’s can only hope for a holiday miracle.

The National Association of Home Builders releases its Housing Market Index for November. Consensus estimates are for a 72 reading, up from October’s 71.

The Federal Open Market Committee releases minutes from its previous monetary-policy meeting at the end October.

The National Association of Realtors reports existing-home sales for October. Consensus estimates are for a seasonally adjusted annual rate of 5.5 million, up 2.2% from September’s 5.4 million.


IHS Markit
releases its Composite Purchasing Managers Index for November. Economists forecast a 51.9 reading, up from October’s 50.9, which was just above the expansionary level of 50.

The Federal Reserve Bank of Kansas City releases its Manufacturing Survey for November. Expectations are for a reading of +1, up from October’s -3. The survey has produced negative readings for four consecutive months, suggesting contraction in the region’s manufacturing sector.

Cold and flu medicine recalled because of ‘microbial contamination’