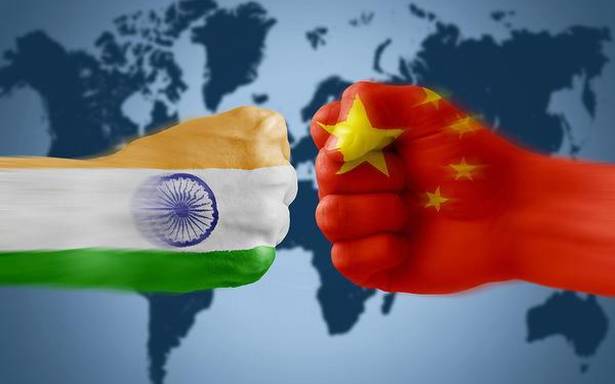 Companies working on big projects in India which have been procuring supplies from China could see some hiccups following the government decision to impose restrictions on use of Chinese products.

Recently, Chinese firm Shanghai Tunnel Engineering Company was the lowest bidder for constructing a 5.6-km tunnel on the 82-km Delhi-Meerut Rapid Rail Transit System project. Industry watchers feel that project costs could go up and stretch timelines, which are already under pressure due to Covid-19 pandemic.

But, L&T which bags large Engineering Construction Procurement (EPC) projects is not overtly worried. “While many of the raw materials that go into construction comes from China, we will now look within India for all such requirements,” Shankar Raman, Chief Financial Officer, at L&T said.

In general, Raman also said that L&T will continue to deliver projects on or ahead of time, even in the backdrop of Covid-19.

“Incremental cost increases will not have an overall impact on the project cost as companies factor in uncertainties and accordingly build these into pricing. Moreover, the project timeframes are upward of three years and if you amortise costs then the overall impact is flat,” Srinjoay Sharma, Partner, Gtech Infra, an infrastructure consulting firm said.

Some in the industry also believe that the government can find other ways to ensure that cost overruns can be minimised through incentivisation. “Ensuring on time project completion will eliminate the low cost advantage that is the advantage of certain countries,” Abhishek Saxena, Co-founding Partner, Phoenix Legal, said.

In cases wherein the costs go up, this increase could be offset by passing it through to consumers or the government absorbing the cost.

“In projects, which involve an end user, the costs could be absorbed by the government or it can extend the concession period, to allow for recovery of the increased costs,” pointed out Saxena. Chinese dominance over supply of cargo handling cranes to Indian ports will also be hit in tenders for government procurement, said an official with one of the State-run oil refiners. The rule, though, would be difficult to implement under the cost, insurance and freight (CIF) contracts where the shipping part is finalised by the overseas suppliers, the official said.

“We are using Chinese-owned ships for just two-three per cent of our total requirements. Even this may have to be stopped,” said the official

“The government order will hit them very badly,” Managing Director of a port operating company said.

India’s 12 ports owned by the Central government, private cargo terminals run by firms such as DP World and PSA International at these State-owned ports and private ports run by entities such as Adani Ports and Special Economic Zone Ltd (APSEZ) have sourced most of their cranes from Chinese suppliers.

Some of them have already started seeing the restrictions on Chinese partners and their projects are either on the verge of being stalled or cancelled fully.

For instance, the construction of the ₹13,277 crore Talcher fertiliser and coal gasification project is facing headwinds. This project was awarded to China’s Wuhuan Engineering Company Ltd in September 2019. It has been halted earlier this month citing technical reasons. Talcher Fertilizer Limited is a joint venture of public sector undertakings and a move to shut out Chinese companies does put a question on the future of this project.

But, then there is NTPC, the country’s largest power generation sector company holds that the ban would have little impact on its business. Most of the large NTPC tenders are awarded to fellow Public Sector Undertaking like Bharat Heavy Electricals Limited. The other large contractors too are also mostly domestic for them. In Tamil Nadu, the ban on Chinese players in public funded projects will not have any major impact said some of the government sources. There are two major projects where the Beijing-based Asian Infrastructure Investment Bank (AIIB) has committed over $800 million. It will fund $378 million for the Chennai Peripheral Ring Road project and has also committed $438.75 million for Chennai Metro Rail Phase-II project.

A senior government official said that there is no direct involvement of any Chinese player in the two projects. AIIB being a multilateral development bank, there won’t be any impact on the funding, he added. Meanwhile, many large companies are still to decide working with Chinese partners. In the telecom sector, Bharti Airtel, which has Chinese partners like Huawei but it has not decided anything on any future course of action.

“I think we do work with all partners …we work with Chinese, European and American partners, and across all our domains, radio optics, for we have a portfolio of partners. We respect all our partners… many of them bring solutions that are unique. We also look at the right commercial models, which matter in a market like India, where they have the right cost structures for partners and some partners are able to meet those costs cost better than others,” Gopal Vittal, MD & CEO India & South Asia, said. However, if there is any government notification that emerges, then the company “will abide by the law of the land,” he added.

With inputs from Twesh Mishra in New Delhi, Venkatesh Ganesh and P Manoj in Mumbai, and