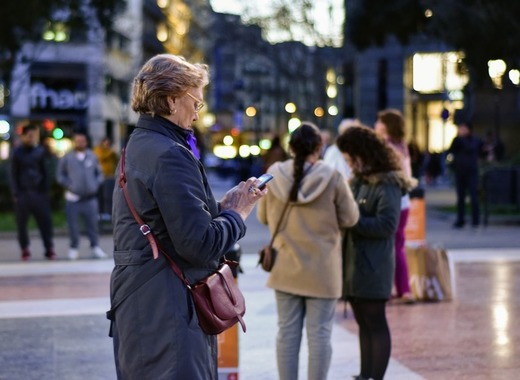 The cities of Helsinki and Amsterdam have announced the launch of the first artificial intelligence registries in the world. The product of collective efforts and implementation, these information hubs show how both administrations use algorithms to improve their services and citizens’ lives.

The move is in line with the capitals’ commitment to an open and dignified digital development. It wants to make AI use more transparent and to stimulate citizens to critically assess its use.

On 24 September, the capitals of the Netherlands and Finland announced that they have become the first cities in the world to launch algorithm registries. The operation is being implemented together in both cities and is carried out by the Finnish-based Saidot which specializes in services and technologies that make the use of artificial intelligence more transparent.

Openness and transparency – that is precisely what Amsterdam and Helsinki want to achieve in all spheres of city government. Albeit a relatively new addition to urban management, artificial intelligence has already become an integral part of everyday life and therefore it needs to be trusted by citizens and, why not, even improved with their assistance.

The registries, still “under construction” already show a great variety between the use of artificial intelligence and algorithm in the two capitals. Here is a summary on what each of them contains.

At this point, the Algorithm registry of Amsterdam is still in beta version and only has 3 algorithms included. The first one covers parking control.

Here, algorithms show if cars parked in Amsterdam are allowed to do so and if the parking fee has been paid for them. To do this, camera-equipped cars pass by all the 150 000 official parking spaces in the city, scan the license plates and use an image recognition algorithm to identify if they are compliant by sending them to the National Parking Registry.

A second algorithm used by Amsterdam is on public space reports. This one facilitates citizens to report when something in the city needs to be repaired or fixed by “guessing” the correct issue category and sending it to the proper municipal department. The algorithm recognises certain words, such as “waste”, “sidewalk” to determine the category, which is believed to result in a faster response to citizen’s queries.

The third algorithm that Amsterdam has shared with the public is the one on holiday rental home fraud – a pressing issue in the Dutch capital, where living space and accommodation is very limited. The algorithm is needed to determine if certain homeowner adheres to the rules and limitations for the length of stay and number of guests.

The AI supports the Supervision and Enforcement employees when they investigate reports of possible illegal holiday rentals. Based on data from housing fraud cases from the past 5 years, the system assesses the risk of a certain property being rented out illegally, thereby helping the service prioritize the reports that need most attention.

The Algorithm or AI registry of Amsterdam is tasked to soon include all artificial intelligence that the city uses for its municipal services.

Similarly to Amsterdam, the Finnish capital has already shared five uses of artificial intelligence in its services on the Artificial Intelligence Registry. The first three are chatbots, serving in city parking, maternity clinic, and health centre.

In all three cases, the service provides automated responses which is set to improve the information support to users, making it more easily available throughout the day. The services are based on natural language processing software which recognises the customer search and finds the proper instructions or advice.

A slightly different use of chatbots is available to the Central Library Oodi’s customers. Thematically oriented chatbots recommend books to the customer based on contextual analysis, his interests and feedback.

Finally, the City Library’s collection containing 1.8 million items, has also resolved some of its challenges with artificial intelligence. Their Intelligent Material Management System (IMMS) makes it possible for most of them to move freely between different libraries.

Thanks to this, customers can influence the offering at each branch with their own activities while library experts can modify system configurations based on reports and observations.

TheMayor.EU stands against fake news and disinformation. If you encounter such texts and materials online, contact us at [email protected]

The Global Docking Station Market is expected to grow by $ 762.68 mn during 2020-2024 progressing at a CAGR of 3% during the forecast period