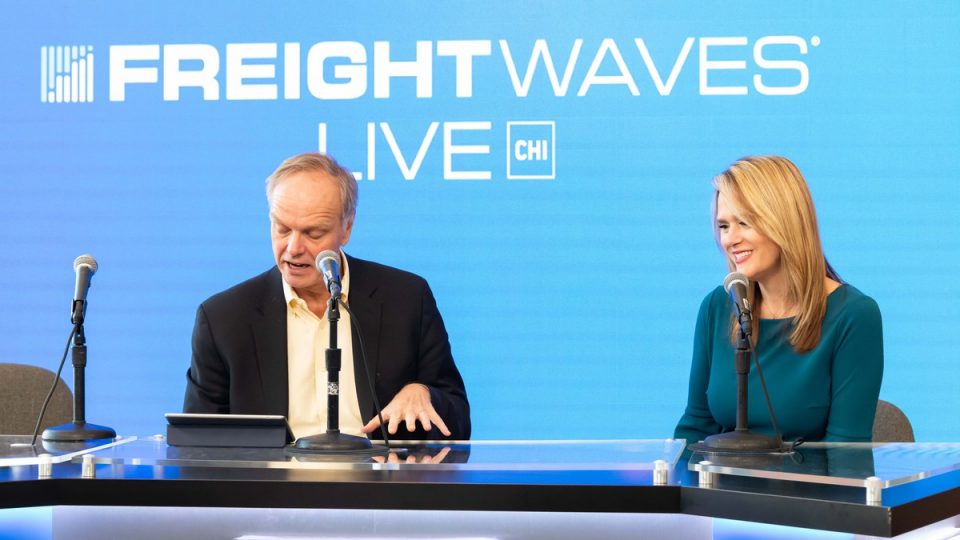 “Ninety percent of all things in a house came in on a ship. When you look at consumer spending, 95% is from outside the U.S.,” LaRocco said.

Her fifth book, “Trade War: Containers Don’t Lie, Navigating the Bluster,” comes out Nov. 13. On Tuesday at FreightWaves LIVE Chicago, on the eve of the book’s release, she sat down with John Kingston, FreightWaves editor-at-large, to talk tariffs, trade and containers.

“People are fearful of tariffs because it creates an elbow in the economy,” LaRocco said. “With so much polarization in politics, people are fed up. Intellectual property (IP) theft is a real thing when it comes to China. It’s been going on for 30 years.”

She was referencing President Trump’s reason for imposing tariffs on Chinese imports: as punishment for stealing American trade secrets, technology and branding. Trump has been insistent on what LaRocco and many other observers view as bad trade deals, so Kingston asked LaRocco what she would consider a good trade deal.

“A good trade deal is when both countries are not happy with everything because that means that there was give and take,” LaRocco said. “Even if there’s a tariff on one item, it needs to be even. What we’re doing now is punishment. It’s the consumer and importer that’s paying for the tariff.”

LaRocco says damage from the current tariffs is a long-term, trickle-down affair. With fewer items coming into the U.S. and more going into Europe, the U.S. will hire fewer portsmen and truckers, which will have a negative effect on the economy.

“When you look at the whole puzzle piece of trade, it’s all interwoven,” she said.

Most of the imports coming through the Port of Los Angeles come from China, which means 95% of those imports are tariffed. What does that mean for U.S. companies? LaRocco says that those items will be too expensive for companies to purchase. Meanwhile, over the past 12 months, U.S. exports to China are down.

When Kingston asked if there were industries strengthening under these conditions — the steel industry, for instance — she said no. Two quarters ago, John Deere said it was pulling back on production because farmers are struggling to afford the products.

GSCW: Dealing with risk in ocean shipping — WHAT THE TRUCK?!?