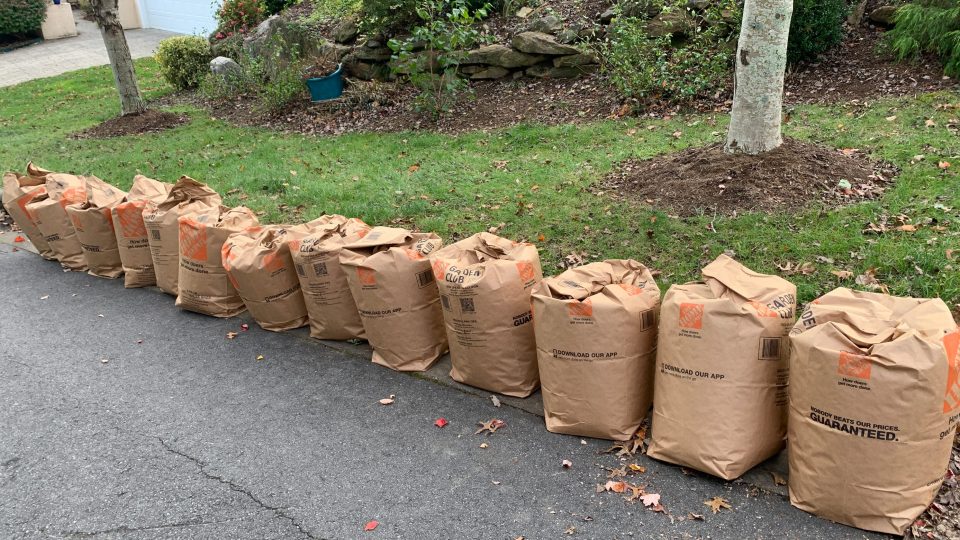 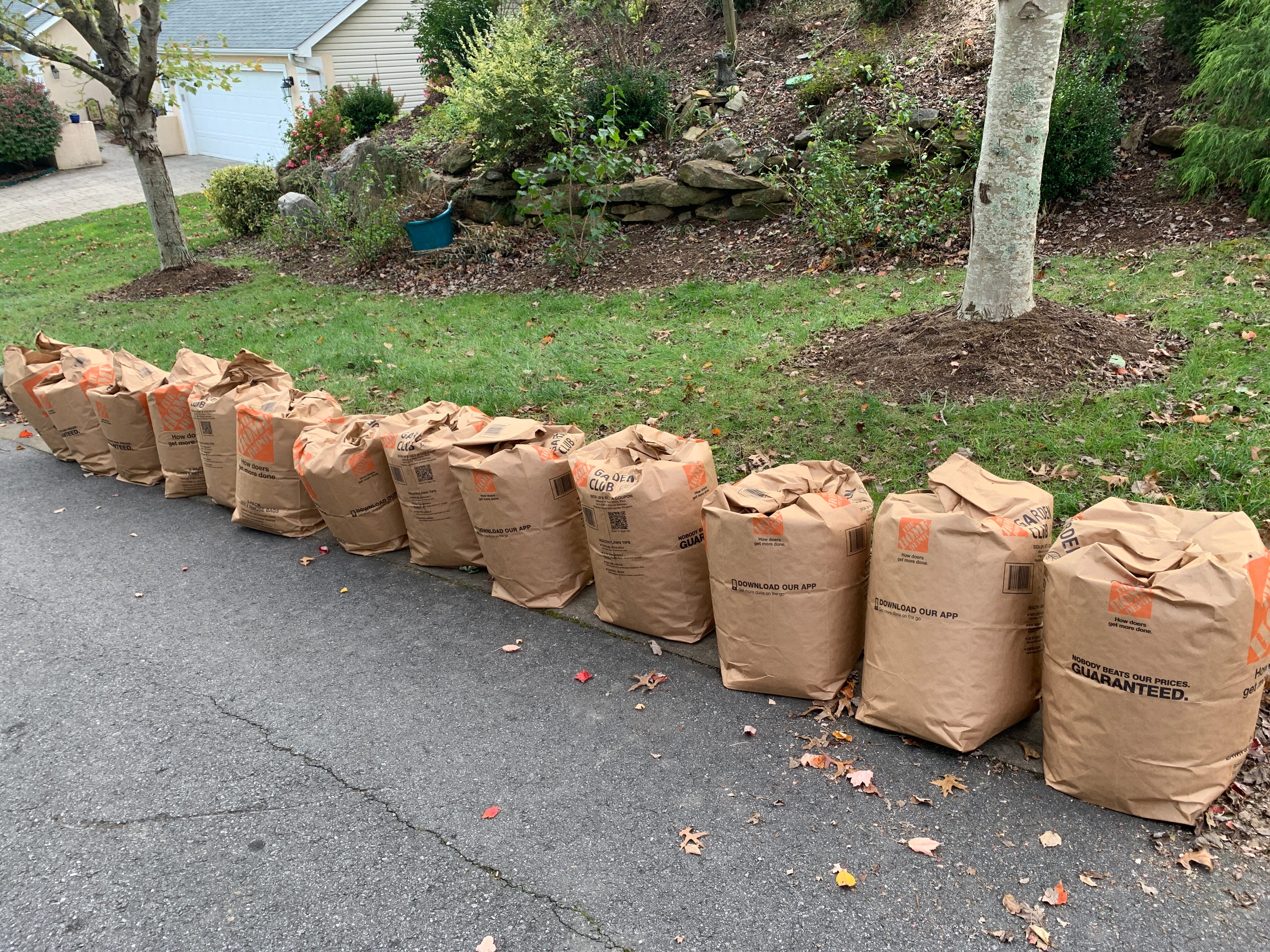 The city of Asheville auctioned off its leaf-sucking trucks back in 2011, switching to a system that requires residents to bag leaves for pickup. (Photo: Courtesy photo)

Today’s batch of burning questions, my smart-aleck answers and the real deal:

Question: I’ve been generally impressed with the trash, recycling, and other services provided by the city of Asheville, with one glaring exception: leaf pickup. When I moved to Asheville some 14 years ago, a vacuum truck came along and sucked up the leaves raked or blown to the curb. It was easier, cheaper, and far less wasteful for the homeowner than the current method of bagging the leaves for pickup. The city cited cost as the reason for not continuing the efficient leaf removal. Now homeowners labor to bag all their leaves or pay big bucks for someone else to collect and bag. Isn’t it time for Asheville to reinstate the leaf vacuum service? Are there any plans to do so? If not, how come?

My answer: If the city were worth its salt, it would bring in vacuum trucks to take the leaves off the trees before they even hit the ground.

Real answer: In my 25 years here, I’m hard-pressed to remember something ticking off more Asheville residents than the demise of the leaf-sucking trucks. It happened years ago, but the anger still lingers, my friends.

Back in December 2014 I wrote about this, as yet another reader had asked if the beloved trucks would ever return. The city canned the service in 2011, saying then the bagging system it shifted to would save the city about $100,000 annually.

The trucks were auctioned off, and a city official said in 2014 it would cost about $800,000 to buy new trucks to get the service restored.

So they didn’t buy trucks, and they aren’t going to now.

• “The equipment was way past its useful life and in need of replacement, which would have required a significant capital investment.

• Vacuum trucks were only used for a few months of the year, so investment would be an inefficient use of funds.

• Due to the slow pace of leaf vacuuming, some areas had leaves piled for weeks/over a month before being collected, causing issues with storm drainage.

“Collecting leaves in paper bags is also a big time saver for Sanitation staff,” Foster added. “This helps the Sanitation Department save money and provide more efficient service for our taxpayers.”

The city collects about 8,000 tons of brush and leaves annually, and the use of biodegradable materials for bagging is a better waste management practice, Foster said. Residents can buy paper leaf collection bags at local home and hardware stores, at grocery stores and online.

“Paper bags are comparable in price to other options,” Foster said. “For example, you can find an eight-count package of 30-gallon bags for as low as 39 cents each.”

She reminded city residents to buy bags without plastic liners.

Foster also noted the city is partnering with Asheville GreenWorks on a fall leaves education campaign for people “to compost leaves in their backyard or consider leaving some or all of their leaves on the ground as a place where pollinators can overwinter.”

You can find more information about this here: https://www.ashevillegreenworks.org/fall-leaves.

Question: That fire last week at the MSD warehouse in Woodfin put an enormous amount of black smoke in the air. What caused the smoke to be so dark and heavy?

My answer: I could really give a crappy answer here, but I’m bigger than that.

Real answer: The fire at a Buncombe County Metropolitan Sewerage District warehouse Nov. 10 was a real doozy and destroyed the building, but it caused no injuries. The cause was still under investigation the afternoon of Nov. 13, according to Buncombe County Fire Marshal Jerry Leatherwood.

Buncombe County fire departments refill their water tanks on Riverside Drive to fight a fire in a warehouse at MSD.

As far as all that billowing black smoke, Leatherwood had the explanation.

The warehouse contained about 20 Rotating Biological Contactors used to clean sewage at the MSD sewage treatment plan down the hill.

“There’s about 8,000 pounds of plastic in each one of them,” Leatherwood said, explaining that the RBCs are the curved shed-type structures visible at the treatment plant. “They said if you laid them out (the plastic material) end to end, there’d be about three acres of plastic.”

Leatherwood said the black smoke was highly visible, but it dissipated fairly quickly.

“We didn’t have anybody call in with any symptoms,” Leatherwood said, referring to smoke inhalation. “We did have a couple of places that called to make sure the smoke wasn’t coming toward them.”

This is the opinion of John Boyle. To submit a question, contact him at 232-5847 or jboyle@citizen-times.com