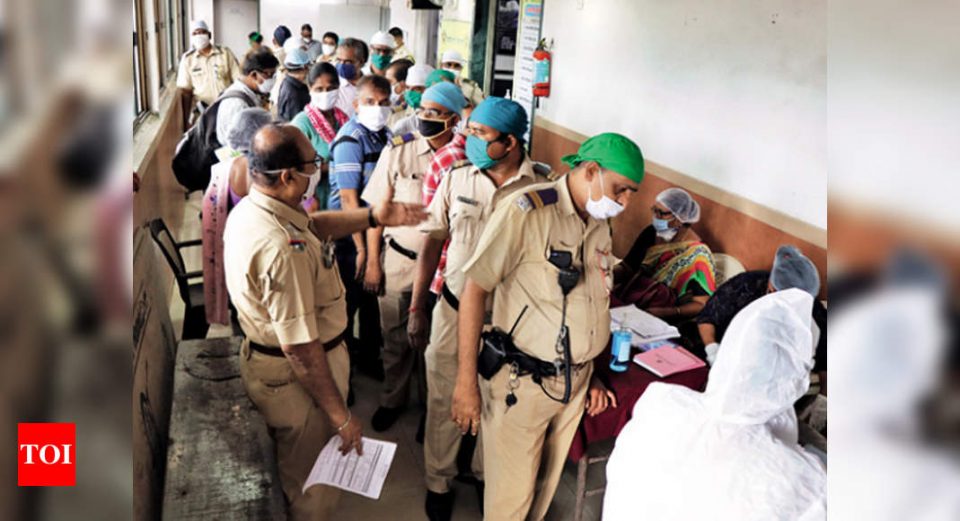 MUMBAI: Covid-19 deaths in BEST rose to 35 from 27 with the inclusion of eight more fatalities on Wednesday. A senior official said the eight deaths were added following a detailed scrutiny of cases in the undertaking. Total cases, too, have crossed 2,200. Union leaders have blamed lack of social distancing on several buses that run packed during peak hours for the cases.
“We are checking all documents and backgrounds of the deceased and confirming whether the staffer was on duty before being admitted to a hospital or found to be Covid-positive,” said the senior official and added family members of all 35 deceased persons had been given letters for jobs in their place and will soon get ex-gratia payment of Rs 50 lakh each.
While Covid cases totalled 2,210 on Wednesday, as many as 1,975 staffers have recovered so far. BEST spokesperson Manoj Varade said, “Many staffers have battled the virus for one to two months, but have finally recovered.”
TOI had recently interviewed 55-year-old bus driver Dilip Paikude who spent 60 days in hospital and 52-year-old conductor Vivek Gawade who was hospitalized for 65 days; both were discharged in the last week of August. Prabodh Tambe, a supervisor in the material management workshop, was discharged after 29 days of hospitalization.
“In many buses, there are more passengers than permitted. This should stop,” union leader Shashank Rao had said.
previous post