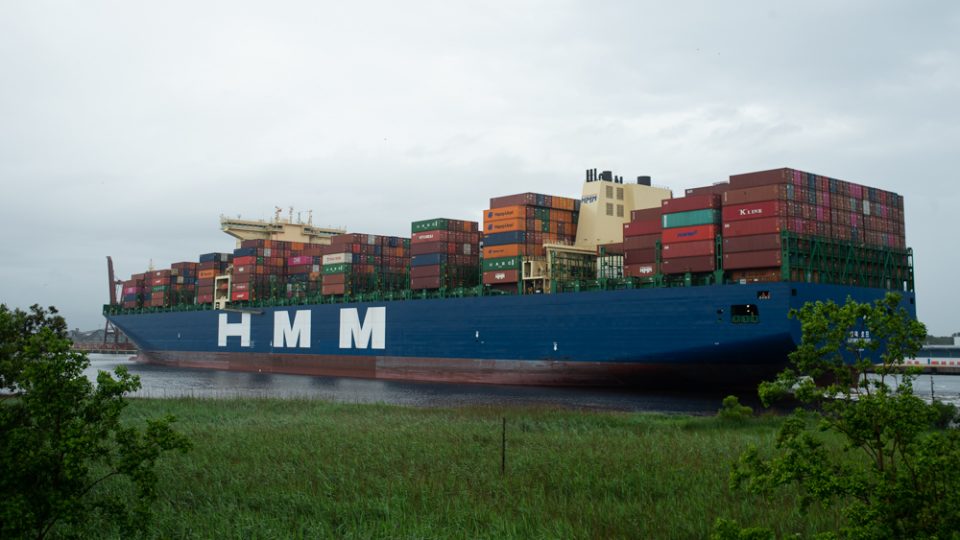 WILMINGTON — The U.S. Army Corps of Engineers is seeking the state’s permission to eliminate the regulatory window that limits when it can dredge near the Port of Wilmington.

If approved, the state could allow the Army Corps to oversee hopper dredge and bed-leveling activities year-round at both the Port of Wilmington and Morehead City.

Of the three types of dredging methods, the Army Corps prefers hopper dredging (which vacuums and holds material instead of piping or scooping it) due to “efficiency, safety and economic advantage,” according to its recent environmental assessment.

The current hopper dredging window allows material to be removed between December 1 and April 15. Hopper dredging activity outside of this timeframe is prohibited to protect developing species. Twice as many important fishery species are present during the spring and summer months during the critical early juvenile phase, according to the assessment. Increased turbidity caused by dredging activity disturbs these species and can reduce dissolved oxygen levels, straining organisms.

However, the Army Corps finds that a majority of the Port of Wilmington channel comprises more than 90% sand. Heavier than clay or silt, sand sinks more quickly and, when disturbed, results in less turbid waters. Navigation channels that lead to the Port of Wilmington range between 42- and 46-feet deep and are consistently maintained to combat shoaling.

The Wilmington district is the only district in the Corps’ Regional Harbor Dredge Contract, which includes Charleston, S.C., and Savannah, G.A., that has an environmental window for hopper dredging, according to Coastal Review Online.

This puts the local district in tight competition for a limited number of hopper dredge contractors amid a national shortfall.

“The result has been several failed contract awards in the Wilmington District, with either bids exceeding the independent government estimate or no bids received at all,” according to the assessment.

Removing the window altogether would save the district $13 million between both ports over a 20-year period, according to the Corps’ assessment.

From Maine to Texas, just eight available hopper dredges will split between 25 and 28 Army Corps contracts along the entire east coast through March 2021.

Maintenance dredging costs the Corps $4.1 million at the Port of Wilmington each fiscal year. Should the environmental window be removed, the Corps could save $255,000 annually.

The analysis concludes the proposed change would not cause long-term negative impacts on water quality. However, short-term impacts due to increased turbidity are anticipated but would be minor and temporary, according to the Corps.

The Corps is tasked with ensuring safe navigation among federal channels to protect national security and has concluded year-round dredging activities at both ports will help it accomplish its mission.

“Eliminating the window will allow more flexibility and increase
efficiency in maintaining the harbors while improving navigability and safety,” according to the Corps’ assessment.

The North Carolina Department of Environmental Quality, Division of Coastal Management is accepting comments on the proposal through Nov. 25.

Below, view a map of the Wilmington Port dredge channel:

Why You Should Allow Returns on Customized Products