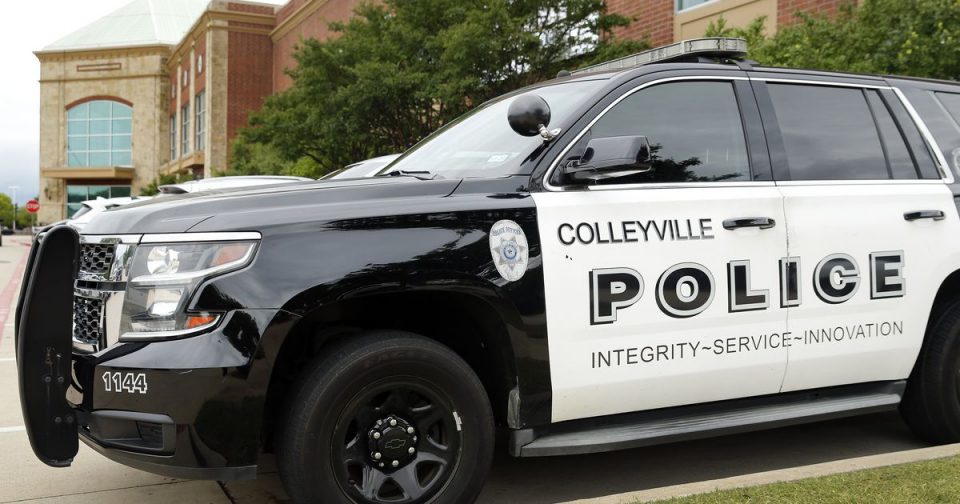 Colleyville police said on Twitter Sunday morning that they were aware of the bags, which were clear and filled with materials that had antisemitic language.

We are aware of anti-Semitic and white separatist materials distributed in clear sandwich bags to driveways around the city overnight. We have been in contact with the FBI and are investigating as a Hate Crime. Info or video please call non-emergency number to report 817-743-4522

They said they are in contact with the FBI and that they plan to investigate the incident as a hate crime.

Police said that the bags were distributed randomly throughout Colleyville and that there is no indication that specific homes were targeted.

It’s unclear if there are any suspects.

Anyone with information or videos may call the department’s non-emergency number at 817-743-4522.

According to police, Colleyville is one of at least three cities in the U.S. that have had similar incidents. NBC News reported in January that the bags were also seen in communities in Denver, San Francisco and Miami.

In a photo posted by Miami Mayor Dan Gelber, the plastic sandwich bags were weighed down with pebbles. It also contained a flyer that said, “Every single aspect of the COVID agenda is Jewish” and a list of public officials.

This morning hundreds of homes in our community found plastic bags outside their homes filled with a hateful anti-Semitic flyer and small pebbles. @MiamiBeachPD is actively investigating to determine their origin. As a precaution we’ve increased patrols in our neighborhoods and… pic.twitter.com/5bx0RvnRoD

Colleyville police said the bags delivered throughout the city were very similar, if not identical, to those across the country.

Garland police spokesman Matthew Pesta said in order for an incident to be considered a hate crime, it must be elevated or “enhanced” with other factors, such as assault or suspect with gang history.

“What makes it a little bit difficult in this is there wasn’t really any property damage,” Pesta said. “Nobody was assaulted or anything like that.”

No suspects have been determined in the Garland incidents.

Last week, KXAN reported that homes in three Austin neighborhoods had plastic bags with a rock and a white supremacist flyer that read: “it’s okay to be white.”

The distribution of the materials comes more than a month after the attack on Congregation Beth Israel in Colleyville, where four people were held hostage during an 11-hour standoff inside the synagogue.

All four hostages, including Rabbi Charlie Cytron-Walker, made it out alive. The hostage-taker died in the standoff.