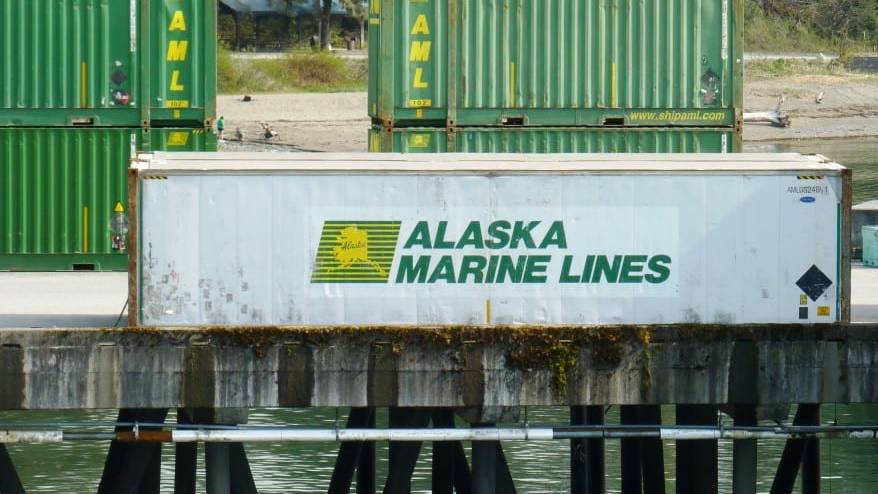 Alaska’s largest barge operator is raising prices at the end of January. Economists say it could lead to higher prices for groceries and other local consumer goods next year.

Alaska Marine Lines, a subsidiary of global shipping giant Lynden, posted a notice to customers Tuesday saying prices would rise 5% on all its routes including Southeast Alaska, the Aleutian Islands and Prince William Sound.

“This increase will become effective on January 31, 2021,” wrote AML’s Director of Pricing Margretta Grace in a notice to customers.

The McDowell Group studied the economic impact of freight costs to Juneau in 2017. A portion of increased shipping costs is absorbed by wholesalers, but they often translate into higher retail prices especially in coastal communities.

“More than 95% of all the freight that moves into Southeast Alaska communities is on a barge,” said Jim Calvin, senior vice president of McKinley Research Group, the McDowell Group’s successor. “So the cost of moving that material is certainly important to the prices that businesses pay and ultimately the prices that consumers pay for the products that they purchase.”

Vice President Cory Baggen said Samson is in the process of reviewing its general rates.

“We should be making an announcement soon,” she wrote in an email.

In Alaska, freight prices are overseen by the federal Surface Transportation Board. But the board doesn’t directly regulate how much shippers charge. It only reviews the reasonableness of rates if a consumer files a formal complaint.

State focuses on Genesee and Wayne Counties when it comes to distribution of opioid grant – nbc25news.com