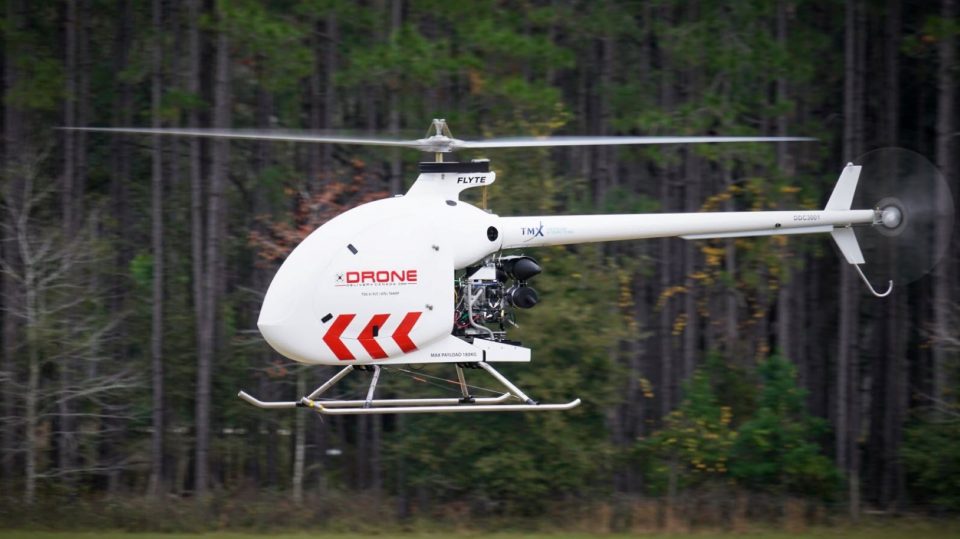 Airlines could soon be operating unmanned drones in addition to aircraft flown by pilots, or serve as a logistics intermediary between shippers and third-party carriers.

Air Canada (TSX: AC) is leveraging its knowledge moving cargo to support drone deliveries and expand business in the fertile e-commerce sector. Japan Airlines is also involved in a drone delivery project and Astral Aviation in Kenya has set up a drone division.

Air Canada officials said during a Nov. 9 call with analysts to discuss third quarter earnings that the entry into e-commerce will take Air Canada Cargo “to the next level.” The statement, which didn’t come with any details, most likely referred to the airline’s partnership with Drone Delivery Canada (DDC) and several early-stage projects it has brokered.

Air Canada is acting as a sales agent for DDC, a technology company that doesn’t have experience operating delivery networks or Air Canada’s extensive relationships with express delivery companies and logistics providers that purchase freight transportation. As a freight intermediary, Air Canada avoids the risk of investing in  a complex technology itself while picking up revenue from the high-growth e-commerce market.

Tim Strauss, then-vice president of cargo at Air Canada, said in an interview last year that the company has exclusive rights to 150,000 routes in Canada that it can share under its agreement with DDC. Some routes eventually will operate to and from airports.

On Friday, DDC announced it has signed a letter of intent with CSC Drone Aviation to jointly explore market opportunities in India and finalize a deal for operating DDC’s Condor heavy-lift drone once aviation authorities establish safety rules for the industry. The Condor, DDC’s largest unmanned aerial vehicle, can handle payloads of 400 pounds and travel 124 miles at up to 75 mph. The multi package cargo deck is designed to carry about 20 cubic feet of cargo.

The drone logistics company expects to complete Condor testing in the fourth quarter in preparation for commercial deployment next year, starting with vaccine distribution and deliveries in rural areas.

Drones are being tested in a variety of delivery applications around the world to help ship goods that are time sensitive, deliver to remote locations and reduce last-mile delivery costs for so-called “milk runs.” Much attention is being devoted to their possible use delivering medical supplies, including COVID-19 vaccines, to people in need. During the pandemic, drones add an element of contactless delivery that some may find reassuring.

The remotely piloted aircraft system is marketed as a managed service in Canada and its software is licensed internationally. DDC’s Flyte management software enables its operations control center to monitor and manage all deliveries globally

Under the deal with the Edmonton Regional Airport Authority, the parties plan to build out flight routes and market the airport as a drone delivery hub.

Meanwhile, Japan Airlines has been involved in several drone logistics tests of medicines and food in Tokyo. It recently began partnering with drone platform developer Matternet to test drone deliveries of health care goods in different environments throughout Japan.

Ukraine International Airlines is partnering with New Jersey-based startup Luftronix to inspect aircraft exteriors for potential damage prior to departure.

The drones have precision scanning equipment that collect images from hard to access areas of the aircraft surface. The data is fed back to flight operations centers where it is quickly analyzed by software.

The scans automatically measure the distance from the surface and bump or object so inspectors can immediately assess whether the imperfections are within allowable tolerances.

Ukraine Airlines’ maintenance and repair division hopes to reduce the turnaround time for a typical aircraft structure inspection by up to 50%, depending on the type of inspection, and to also utilize the technology in heavy maintenance for various verification tasks, the company said last month.

Rovinescu to retire as Air Canada CEO in February

How Air Canada beat US airlines removing seats for cargo