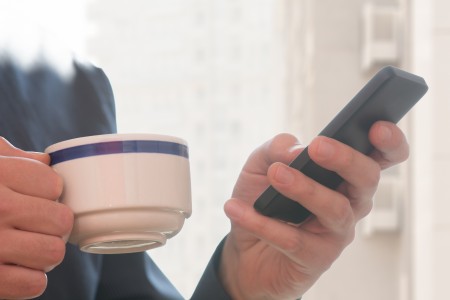 The ongoing trade dispute between the U.S. and China could reconfigure global supply chains in the long-term, according to Randall Chafetz, managing executive officer and deputy head of Global Corporate and Investment Banking at Mitsubishi UFJ Financial Group, Inc. (MUFG), according to a recent release. He said this during an interview with Soumaya Keynes, trade and globalization editor of The Economist, at the 2019 World Trade Symposium this month in New York.

MUFG is the world’s fifth-largest financial institution, according to the release.

Check out our breaking news coverage and initial deep-dive Nexus analysis of the deal, which will give AP automation expert Medius ‘full source-to-pay prowess’ by nabbing Wax Digital.

According to a new report by Freightos, West Coast ports registered a steep decline in import numbers in October, compared to the same month in 2018, according to Supply Chain Dive.

In just about a year after announcing its intention, clothing company Everlane has said it was three-quarters of the way toward achieving that goal, reports Vogue.

According to Everlane, 75 percent of the plastics the company uses — which primarily come from polyester, nylon and elastane used in its outerwear, underwear and some sweaters — is now recycled, a process that has required “time, energy and relationship building,” according to chief executive Michael Preysman.