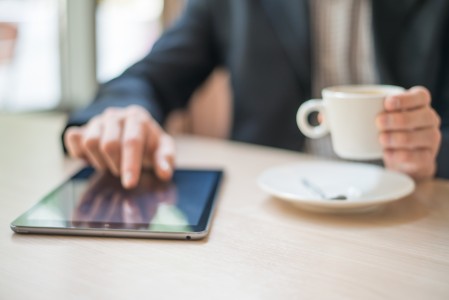 Deloitte, in association with (and with input from) Spend Matters, recently released their annual CPO report, titled “Global Chief Procurement Officer Survey 2019.” The report focuses on the complex role that CPOs now face, including “emerging economic and political risks in every direction they turn — and they feel pressured to cut costs along the way,” according to the release page.

Tomorrow, experts from both Deloitte and Spend Matters will come together on a free webcast to shed more light on the survey findings, and to give attendees a roadmap for how to become a “procurement master.”

Spend Matters’ Pierre Mitchell and Jason Busch, along with a bevy of top Deloitte leaders, will impart how, according to the registration page, procurement masters are:

WhiteHawk Limited today announced the extension and expansion of a contract to provide its Cyber Risk Radar to a well-known U.S. company for supply chain risk management, according to finfeed.com. The name of the client was not released due to the sensitivity of the job. The deal has been in the works for about a year. WhiteHawk’s Cyber Risk Radar, previously known as the 360 Cyber Risk Framework, for supply chain and vendor companies, monitors, identifies, prioritizes, and mitigates cyber risks across third-party suppliers and vendors.

Cultivation management platform Artemis has called for improved foodborne illness prevention, urging for a stepped-up adoption of compliance technology, according to a release. This follows the voluntary recall announcement made earlier this month for some vegetable products sold to a few retailers in the U.S. and Canada due to potential contamination with Listeria monocytogenes. The potential outbreak is the latest in a series of similar foodborne illness outbreaks linked to fresh vegetables and fruits that are grown in the U.S., or imported and distributed to consumers.

HerdX And UPS announce global tie up on beef supply

Agri-tech solutions provider HerdX and UPS have partnered up for a global logistics partnership for a blockchain-verified beef shipment from a U.S. farm to Japan, according to Freight Waves. UPS has called this a significant step forward in quality assurance and traceability in the beef industry, according to the report.

GPB Capital CEO, 2 Others Arrested in Scheme That Bilked 17,000 Investors