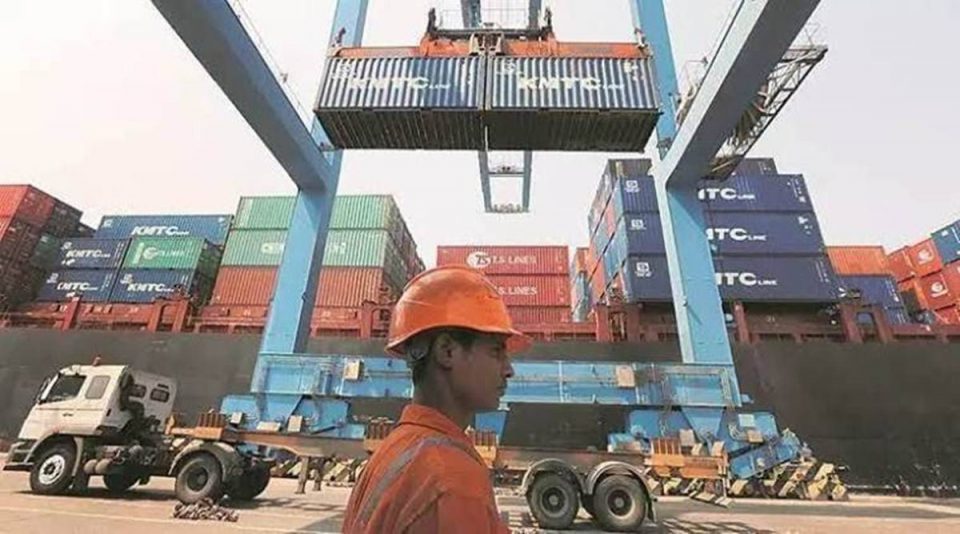 The drop was primarily on the back of a decline in shipments of products such as petroleum, gems & jewellery, leather goods, electronic goods and engineering goods.

Merchandise exports dropped 5.12 per cent in October, going back to a trend of negative growth after a short spurt in September.

Exports in October were recorded at $24.89 billion, compared with $26.23 billion in the corresponding month in 2019, according to data shared by the Ministry of Commerce and Industry on Friday.

The major commodity groups that showed a negative trend of growth in imports in October include transport equipment (-56.32 per cent), petroleum products (-38.52 per cent), electrical and non electrical machinery (-15.55 per cent), coal, coke and briquettes (-6.5 per cent) and organic and inorganic chemicals (-2.87 per cent).

According to Federation of Indian Export Organisations (FIEO) president Sharad Kumar Saraf, though monthly exports have been negative, there are signs of revival as both order booking position and the manufacturing PMI for September have risen.

“Gradual lifting of lockdowns across the country has also led to the increase in manufacturing PMI to its highest level in over a decade,” he said.

Calling the decline in exports “nominal”, Saraf attributed the drop in shipments mainly to “huge” container shortages and a hike in sea freight, which he said has upset exports particularly for those exporters who have negotiated on CIF (cost, insurance, freight) or C&F (cost and freight) basis. “Besides, farmers’ agitations in some of the hinterland states have affected exports during October,” he added.

For all the latest Business News, download Indian Express App.