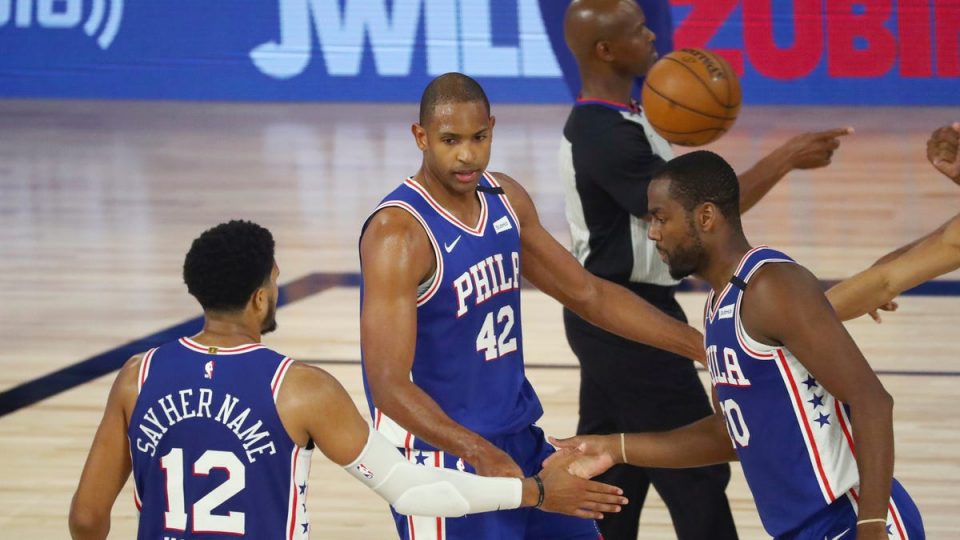 Philadelphia fans have it all figured out.

General manager Elton Brand should trade veteran big man Al Horford to the Kings in exchange for Buddy Hield. Or he needs to package Horford and shooting guard Josh Richardson to the rebuilding Thunder to secure veteran point guard Chris Paul. Or send Horford to Oklahoma City in a sign-and-trade for stretch power forward Danilo Gallinari.

They’ve presented other potential deals involving Horford, as well as some with 76ers forward Tobias Harris, too.

While it only takes one team to make a deal, the reality is the Sixers might have to take on a bad contract or a player with issues in order to move on from Horford, who has three years and $74 million in guaranteed money left on the $97 million deal Brand signed him to.

Yes, the Kings apparently were quite interested in Horford when he was a free agent in July 2019 and maybe they still have interest in him.

But with Horford’s $74 million guaranteed over the next three seasons and apparently declining skills at 34 based on his first season with Philly, the Sixers would probably have to sweeten the pot with draft picks and/or a promising young player – somebody like Shake Milton or Matisse Thybulle, each of whom is on a rookie contract – and draft picks to make it happen.

Unless Hield, who was apparently not an especially happy camper last season in Sacramento, demands a trade, he has considerably more value than Horford.

Hield is a 27-year-old shooting guard and a career .411 shooter from 3-point range. He had a breakout 2018-19 season in which he averaged a career-best 20.7 points and hit .427 of his attempts behind the arc, and is very good in catch-and-shoot situations, which would be ideal here.

While Hield’s numbers dropped off slightly (19.2 points, .394) last year, his role changed somewhat because he came off of the bench in just under 40% of Sacramento’s games.

Hield’s four-year contract worth a guaranteed $86 million kicks in with the 2020-21 season, which means only half of his $24.4 million salary ($12.2 million) would count in a trade. So the Sixers would need to take on more salary from the Kings to get something done with Hield and Horford under the league’s cap rules.

While he’s a point guard, the 35-year-old Paul can also play off the ball if Ben Simmons is the primary ball-handler and he’s slightly above average from 3-point land (.370 during his 15-year career). Paul is on the books for a whopping $41.4 million for the upcoming season, followed by a 2021-22 player option he’ll almost surely pick up for $44.2 million.

The 32-year-old Gallinari would seem to be good fit alongside Embiid, either as a starter or sixth man, based on his perimeter abilities. He’s a career .380 shooter on 3-pointers, though he hit more than 40% of his 3s in each of the last two years.

But if Oklahoma City is in the midst of overhauling its roster, why would it want to take on Horford’s salary? Wouldn’t the Thunder rather have a younger player?

Gallinari says he really wants to win a title, but it’s doubtful he’d be willing to sign for the projected mid-level exception of $6 million for team in luxury-tax territory like Philly after making $64.8 million over the past three seasons.

Doc Rivers coached Paul and Gallinari with the Clippers, so he’s familiar with their skill sets and preferences. The most likely outcome here is the Sixers hold onto Horford and Harris, who thrived for Rivers in L.A., while counting on Rivers to figure out how to get him/them to be more productive than last season. Horford’s 11.9-point average was his lowest since his second year as a pro (2008-09 in Atlanta) and his field goal percentage of .450 was a career-worst.

Horford played better at center when Embiid was sidelined than next to Embiid in the frontcourt, so Rivers could choose to use Horford primarily as the backup ‘5’ man.

Whether he’ll start Horford or bring Horford off the bench, he realizes — barring a trade involving Horford — getting Embiid and Horford to play more effectively together should rank high on Rivers’ list of priorities if the Sixers plan to go deeper than the second round of the playoffs.

Spectres of a violent past

Biogas Plants Engineering, Procurement and Construction Management Market is Expected To Pick Up In Healthy CAGR BY 2020-2026 , Top...