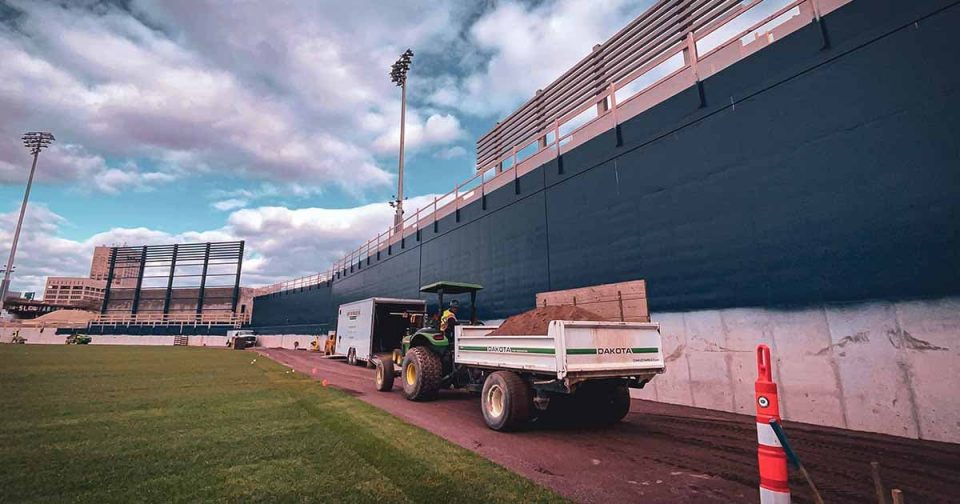 In today’s daily 5 Things You Need to Know feature, ThisWeekinWorcester.com explores five important items and stories that Worcester and Central Massachusetts residents should keep a close eye on.

These five things can cover a whole range of subjects and issues that we feel are pertinent to understanding what’s going on in the city and the cities and towns surrounding Worcester.

The first tickets for seats atop the “mini-monster” go on sale Wednesday, November 17, with a half-season pass.

The 22-foot high blue wall in right field is a Worcester version of Fenway Park’s famed “Green Monster. The 255 seats are arranged in three rows at grade or just below Summit Street, which will operate as one of two pedestrian thoroughfares at the ballpark.

Full season ticket holders and members of the Worcester Red Sox Booster Club were given the first opportunity to purchase the seats.  Membership in the Booster Club is free.

The Clark Tournament Committee cited the recent rise in cases of COVID-19 in the Worcester community and throughout Massachusetts.

The Clark Tournament Secretary, David Wilbur, issued a statement that said, in part:

“After exhausting all options, the Clark Tournament Committee believes that with the current health climate, we will be unable to go forth with the tournament in any form or at any site this upcoming year.”

Two of the grant recipients are based in Worcester County.

Leominster Packaging & Warehousing will receive $348,798 to support  the installation of a new siding track and equipment to unload plastic pellets to meet demand of area plastic manufacturing businesses.

The project will increase the volume of cargo being shipped by rail and eliminate over 300 truck trips on roads in the region.

Leominster Packaging & Warehousing is providing 40% of the project cost.

United Material Management, based in Millbury, will receive $500,000 that will be used to install a baling system at a municipal waste transfer facility that will allow for waste to be baled into bags and loaded on railcars for shipment out of state.

Installation of the system will result in the increased annual volume of over 1,500 railcars, the elimination of over 10,000 truck trips and additional employment at the facility.

United Materials Management is providing 69% of the project cost.

Worcester County Sheriff and the Railers Deliver to Veterans

Sheriff Lew Evangelidis will be with the Worcester Railers HC to support the Massachusetts Military Support Foundation Inc. Food4Vets Program at 90 Harding Street on Wednesday, November 18th from 10 AM – 1 PM.

The team will distribute Vital Meal Kits to OVER 100 Veterans who have pre-registered for the program.

Price Rite has launched its annually Check Out Hunger fundraiser to run in eight states through Saturday, December 12.

Fifty-nine Price Rite Marketplace stores in Connecticut, Maryland, Massachusetts, New Hampshire, New Jersey, New York, Pennsylvania and Rhode Island will raise funds by collecting donations of $1, $3 or $5 from shoppers at checkout, providing customers with an easy way to give back to their local community this holiday season.