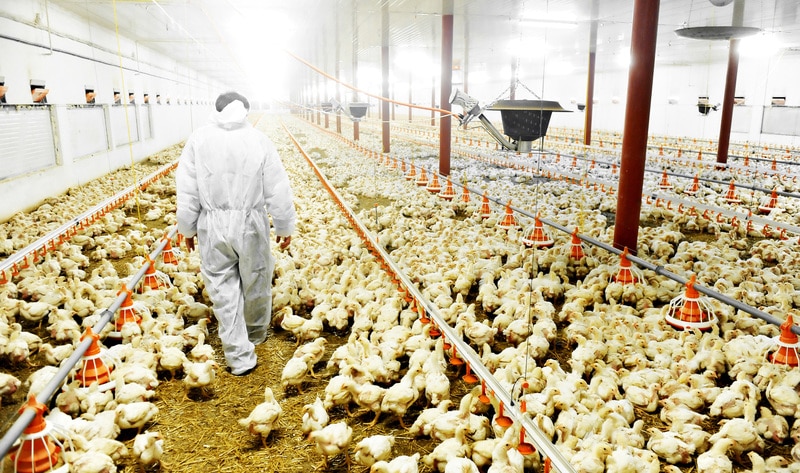 This week, a group of more than 250 global biodiversity experts presented their findings about preventing future pandemics during the Global Landscapes Forum Digital Biodiversity Conference called “One World, One Health”—which was attended by 5,000 people from 120 countries, including Indigenous people and youth activists. At the conference, the scientists released 15 policy-informing papers pointing to the urgent need to transform systems that put humans in danger of contracting viruses from animals (or zoonotic diseases), including the ever-expanding animal agriculture industry, the global wildlife trade, and the loss of biodiversity caused by these and other human activities.

“This pandemic is just one in a whole string that has been happening faster and faster on our planet because of unsustainable land use, wildlife trade, and consumption,” Peter Daszak, PhD, president of the EcoHealth Alliance and one of the foremost authorities on zoonotic diseases globally, said. “We need to work together: the virologists, conservationists, people working on environmental change—we all have a role to play.”

The Intergovernmental Science-Policy Platform on Biodiversity and Ecosystem Services (IPBES) has determined that approximately 1.7 million diseases may exist in birds and mammals with 850,000 of these having the potential to infect humans. “Degraded landscapes negatively impact 3.2 million people and cost up to 10 percent of the global GDP in lost ecosystem services,” Sir Robert Watson, head of the scientific advisory group for the United Nations Environment Programme (UNEP) Global Assessments Synthesis Report, said. “We need to act now. The situation is urgent, and time is not on our side.”

The scientific papers released during the “One World, One Health” conference—where scientists urge global cooperation between all organizations, exerts, and sectors to halt the threat of an “Era of Pandemics”—were submitted to inform the major events in 2021, including the United Nations Biodiversity talks in China and the International Union for Conservation of Nature (IUCN) World Conservation Congress.

Please support independent
vegan media and get the very best
in news, recipes, travel, beauty, products,
and more.
Subscribe now to the world’s #1

E-Commerce Looks Strong, But We Need To Examine Its Key Vulnerability