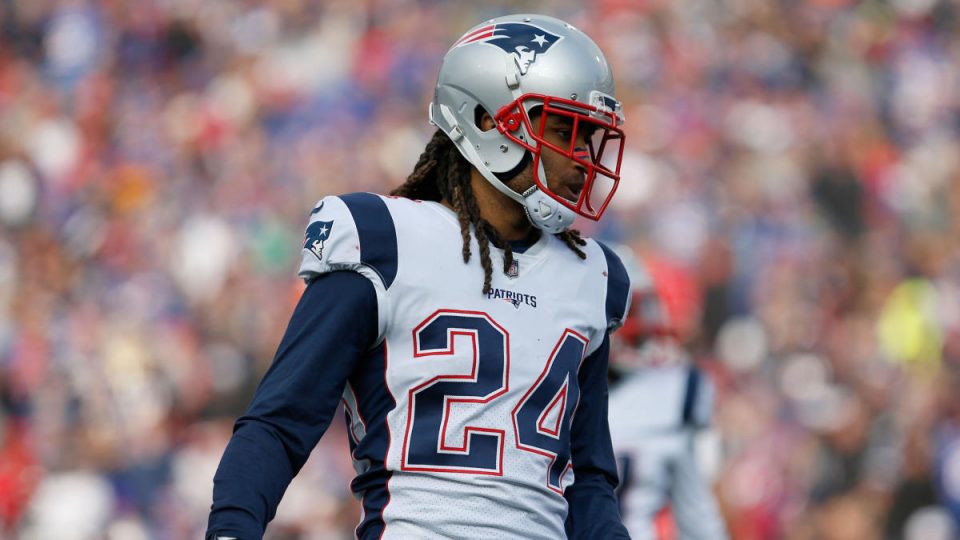 The 2020 NFL trade deadline is just a few days away, and already we’ve seen several teams get busy trying to offload salary or add reinforcements, with veterans like Carlos Dunlap and Yannick Ngakoue finding new homes days before the Nov. 3 cutoff. Plenty more moves could be on deck, with dozens of players likely on the block and quite a few teams looking to stay alive during a season in which two additional clubs will earn playoff spots.

With that in mind, we decided to map out 32 different trade possibilities — one for each team — ahead of the deadline.

A few things to keep in mind as you peruse the list and look for your favorite team:

Now buckle up and enjoy!

Njoku would prefer to be a No. 1 tight end somewhere. The Cardinals have pretty much everything but a big presence at the position on offense. In a tough division, they can afford to spend just a little in order to beef up their pass-catching options over the middle.

Atlanta may not want to sell off superstars like Matt Ryan and Julio Jones, but it already drafted Carpenter’s future replacement in Matt Hennessy. The Falcons can save more than $12 million starting in 2021 by unloading the guard to a team in dire need of O-line help.

Sean McDermott has a lot of work to do if he wants the defense, his specialty, to help carry Buffalo to an AFC East title. Rankins would be a start as a big body along an interior that’s been gashed repeatedly. New Orleans doesn’t seem overly committed to him anyway.

Baltimore is only making a serious run if Lamar Jackson steps up as a passer, but giving him more proven production out wide wouldn’t hurt. Jones is older and more like WR3 material, but for a low cost, why not take the gamble? He could start immediately.

The Panthers are not ready to be trading top assets for instant help, but they’re also too competitive to ignore current holes. Moreau makes sense as a low-risk addition to a young defense — an impending free agent with some long-term upside.

If Cincy can swallow pride and deal Carlos Dunlap, it sure as heck can do the same for Green. They clearly have other WRs ready to carry the load beyond 2020 (see: Higgins, Tee). Green’s also bound to head elsewhere in free agency anyway.

This might be the most logical of them all. Harris was never guaranteed a long-term place in Minnesota, the Browns need secondary help like anyone, and Kevin Stefanski is already familiar with the Vikings vet. His experience would be invaluable in the AFC North.

Unless Matt Nagy prefers Nick Foles turning the offense back to Mitchell Trubisky from a stretcher, the Bears need to bolster their front. Carpenter can be cut without much penalty after 2020. In the meantime, he’d give them an adequate starter on the interior.

Is 2020 a lost season for Dallas? Perhaps. But they owe it to themselves to try in the abysmal NFC East, and Fitzpatrick is exactly the kind of unhinged veteran who can make something out of nothing behind a porous O-line. His flair would instantly give Dallas juice.

Simmons is one of the most promising pieces Denver has, but without a long-term deal, he’s a pricey impending free agent on a bad team. Why not sell high while you can, to a contender like Arizona, and prioritize restarting or rebuilding around the QB in 2021?

The Lions made their win-now move by trading for Everson Griffen. Now they should recoup at least a little bit of that value by unloading an aging receiver in Jones who’s long seen his role diminish.

Davante Adams is great, and Allen Lazard will be back eventually, but if the Packers seriously want to compete and/or thank Aaron Rodgers for his resurgence, they need another threat. Fuller has injury issues but is both younger and a proven playmaker.

Why on Earth would the Texans give up the guy they just extended on a $58 million deal? Because they need all the picks they can get and are in Operation Undo Bill O’Brien’s Moves, that’s why. This one clears a ton of money at a position rarely worth huge bucks.

Chris Ballard probably doesn’t want to be giving up anything of significance knowing full well he’s going to be tasked with replacing Philip Rivers sooner rather than later, but for now? Anderson is a fine gamble as a rotational pass rusher for the playoff hunt.

K.C. probably exhausted its supply of “big moves” by adding Le’Veon Bell — even on a small contract — and puffing up an already-loaded offense. On “D,” they could still use depth in the middle, and Davis has pretty much worn out his welcome in Detroit.

Hello, blockbuster. If Atlanta smartly auctioned Julio Jones, the Raiders would make a lot of sense as they try to seize on Derek Carr’s solid play and challenge in the AFC West. Instead, how about a shutdown corner, with the Pats looking to unload his hefty salary?

King is still young, and Anthony Lynn would probably rather not part with any pieces of a secondary that can be top-tier when healthy. But the Chargers are in Justin Herbert mode now. It’s time to build for the long haul. Buffalo, meanwhile, needs a slot corner badly.

Remember when L.A. took a gamble on a former first-round pass-rushing bust in Dante Fowler, who now plays for the Falcons? Adding Fowler’s teammate, another underwhelming first-round talent, would be a similarly smart bid for the NFC West contenders.

It should be selloff time in Jacksonville. Hayden is coming off an injury and has been talked up by Jags staff before, but it’s beyond time for them to move on while they can. If Buffalo can’t nab Desmond King or another CB, he’d be adequate consolation.

The Vikings would basically be acknowledging defeat this year by dealing their left tackle, but it’s probably the right thing to do. Dallas shouldn’t be going “all in,” meanwhile, but could at least sell Reiff to themselves as future Tyron Smith and La’El Collins insurance.

The Eagles would like to dump as much salary as possible without sacrificing their 2020 chances. Jackson has been good, but with Javon Hargrave in tow with a big contract of his own, the former is expendable. To Miami, he’d represent a rock-solid 3-4 DE.

The Pats could certainly justify swapping a late-rounder for someone like Kyle Rudolph, but the truth is, they might be best served selling Gilmore before it’s too late. Maybe they’ll rebound later this year, but this seems like a move Bill Belichick would make.

Cameron Jordan and Marcus Davenport give New Orleans a formidable pass rushing duo, but there’s a reason the Saints tried to add Jadeveon Clowney: They know they’ll need even more to contend for a title. Kerrigan could slide right in as a rotational DE.

There’s no reason Tate should be on the field for them to finish the year. He’s fine, at this point in his career, but for his salary, what’s the point, especially with a semi-rebuild inevitable? Shipping him to an inconsistent offense like Indy would be wise.

Let’s be real: Jeffery would not save the 2020 Jets offense, nor would he likely be kept around beyond this year. But GM Joe Douglas knows him well from Philly and Chicago, and absorbing his unfavorable contract would be worth a move up in the 2021 draft.

Linebacker is reportedly the Eagles’ priority at the deadline, but Howie Roseman, who’s pulled off plenty of player-for-player swaps in the past, can’t really afford to surrender draft capital or cap room. Burks is a young, rangy player without a secure home in Green Bay.

No one’s going to replace Devin Bush at the heart of Pittsburgh’s defense, but Williamson would at least give them a serviceable starter. New York has little reason to hold onto him at the expense of a draft pick.

Even when the Niners get healthy, they will need better long-term options on the outside. Somebody like Jackson, who’s still young enough to grow into a top gig with a new team, would help make up for San Francisco’s losses closer to the line of scrimmage.

The Carlos Dunlap deal satisfies Seattle’s need for immediate pass rushing help. Now how about getting some draft capital back by moving on from a tight end they barely use? Buffalo could spare a late-round flyer for more Josh Allen options at the position.

With Leonard Fournette and Ronald Jones locked into the top two RB spots, Tampa Bay might as well try to get something for McCoy while it can. The Bears, meanwhile, could use more shiftiness with Tarik Cohen out and David Montgomery in slow motion.

Ryan Tannehill does just fine with A.J. Brown, Corey Davis and Adam Humphries. But imagine giving him Green’s size on the outside and in the red zone. If Tennessee wants to make another run, this kind of move would boost their chances in the short term.

Ron Rivera’s squad shouldn’t be buying big names even with the NFC East up for grabs, but a low-risk gamble like this would at least potentially give Kyle Allen another young option down the field.