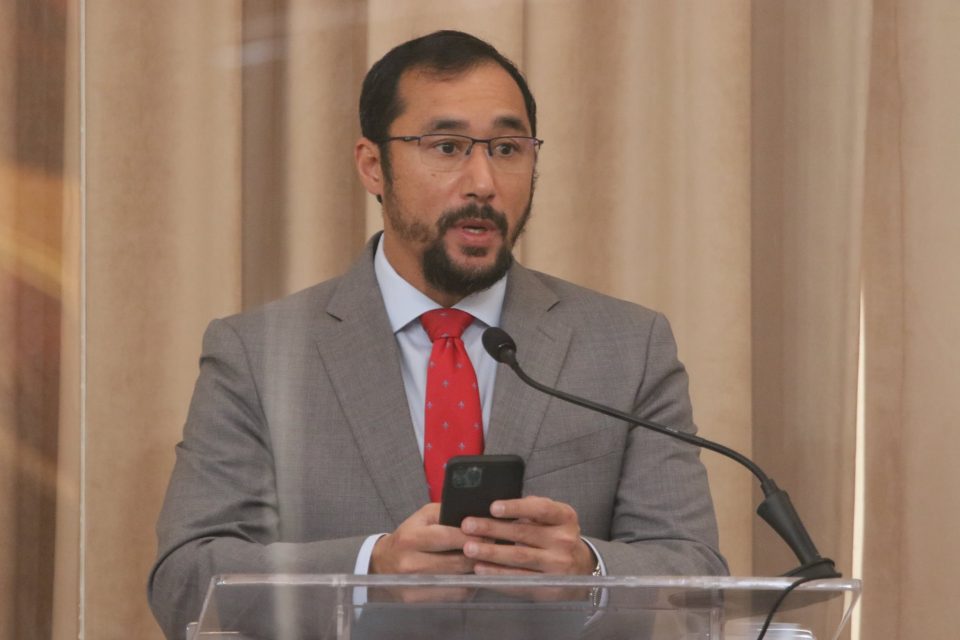 Minister of National Security, Stuart Young said he will be reaching out to the United States Department of Justice over the 2014 procurement of a helicopter between the then government of Trinidad and Tobago and Milestone Aviation Group.

In a media conference, Young first turned his gaze to Dr Roodal Moonilal for comments he made regarding the acquisition and lack of use of the helicopter that the previous government ordered from the company now known as Vertical Aviation. Moonilal served in that cabinet.

At a political platform on Monday night, Moonilal alleged that the government had access to this helicopter and could use it to patrol the marine borders, but instead left it to turn into scrap metal. Young said the claims are nothing more than political mischief.

The Minister revealed that the helicopter, despite being leased in November 2014, was only in use until 2015 and not because of any fault on the new government’s part.

“Any suggestion by the UNC that this helicopter was to be used by our law enforcement agencies is wrong; it is completely configured for executive use. And of course, you all, the members of the media, the population looking on would recall, during the period 2010 to 2015, rather than roadways be used by the former prime minister, it was the use of helicopters to fly to and from San Fernando to Port of Spain,” Young said.

In addition, a hefty price tag was attached to the chopper. Young said the lease agreement, which was for five years, could cost T&T almost $1 million per month.

Discussing the peculiarities in the contract that the administration went into with the company, the Minister explained that there was no way out.

“The proposed terms that were agreed to contained a net lease clause. Basically, what this is, is it prevented us, the people of Trinidad and Tobago from terminating this lease arrangement. So, in other words, from the day you sign this lease arrangement, for five years we are then bound to pay the full cost of the lease arrangement and you couldn’t terminate the contract,” he revealed.

Young said the fact that the government at the time would agree to such terms is concerning and that the practice of presenting such a contract also is quite odd.

“I have sought advice and I can tell the country of Trinidad and Tobago that what I intend to do today, is I shall be writing to the Department of Justice in the United States; one arm being the Federal Bureau of Investigations (FBI).

“I intend to ask them to commence a criminal investigation into the procurement of this contract,” he said.

The Minister said he hopes that if anything nefarious was at play in this procurement process, the FBI and other law enforcement bodies will be able to ensure that justice is served.

VIDEO: Rate of state’s vaccine distribution could potentially speed up depending on production – WFSB