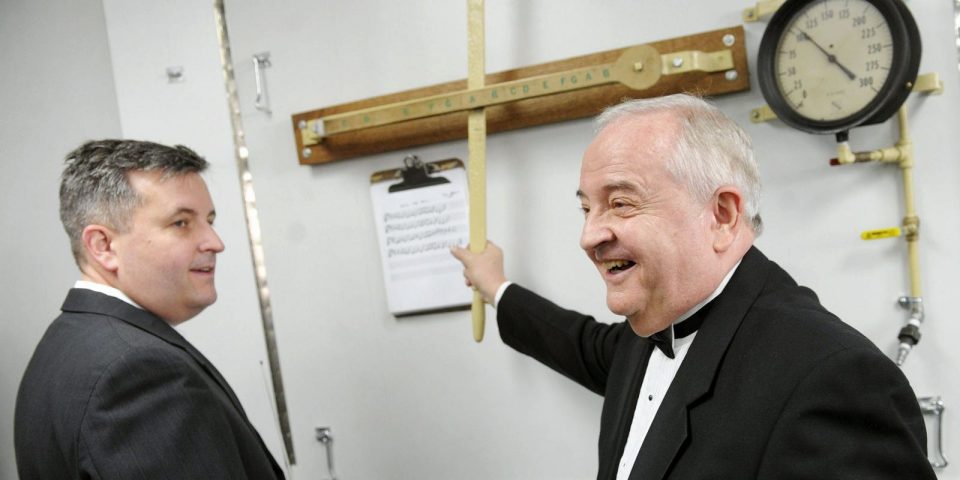 With video by Frank Tolbert, A York tradition since at least 1888 opens Christmas in York. Don Ryan gives a holiday greeting to the world.
Paul Kuehnel, pkuehnel@ydr.com

According to a news release, the concert will begin at 12:15 a.m. Dec. 25, and whistlemaster Don Ryan will present the 25-minute concert using the variable-pitched whistle installed at 240 Arch St.

Ryan will be celebrating his 65th anniversary in doing this concert, and it will be his 30th year as whistlemaster soloist.

This year will mark at least 131 consecutive years that a whistle has been played in York on Christmas Eve.

People from around the world will be able to stream the concert at www.yorkpafactorywhistle.com, and you can visit their Facebook page at YorkPaWhistle or download the Factory Whistle Master app from the app store.

Streaming will begin at midnight.

A practice concert is scheduled for noon Saturday, Dec. 21. The whistle can easily be heard within a 5-mile radius of the concert location and, depending upon the wind, the whistle has been reported from as far away as 10 miles.

More: What’s up with the York Factory Whistle Concert in York?

How Interra Global drives visibility across its supply chain

The Momentary, a cheese-factory-turned-contemporary-art-venue, reopens its doors – The Architect’s Newspaper

A neurologist explains how coronavirus impacts the brain