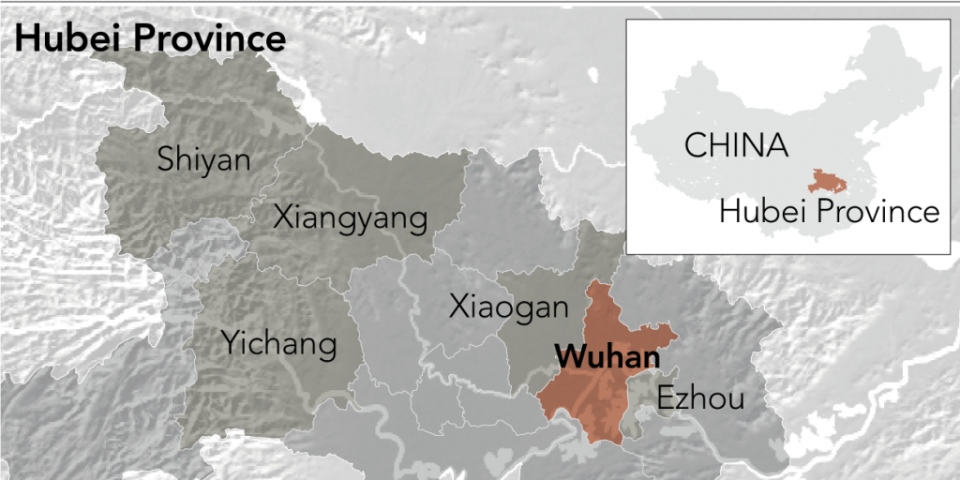 GUANGZHOU/BEIJING — The coronavirus outbreak is taking a toll on China’s manufacturing sector, raising concerns that a slowdown in the “factory of the world” would hit world trade.

Wuhan, epicenter of the outbreak, is home to automobile and high-tech industries but its factories are closed now, and residents are told to stay at home.

Companies in Beijing and Shanghai have extended their Lunar New Year holidays until Feb. 9 while those in Hubei Province, of which Wuhan is the capital, have been told to shut until Feb. 13. Such closures exacerbate already falling business as a result of the prolonged U.S.-China trade war.

Coronavirus has now killed 361 people, more than the deaths caused by SARS in 2002 and 2003. Share prices in China fell dramatically as stock exchanges opened on Monday after a long break.

Hubei Province is a key transportation hub and activity there accounts for little over 4% of China’s economy, the world’s second largest after the U.S. The Chinese Academy of Social Sciences, a government think tank, predicts that real economic growth in the January-March 2020 period would fall to around 5%, from around 6% in the three preceding months.

The impact on the world economy could also be significant, given that Chinese gross domestic product makes 16% of global growth.

Hubei factories produced 2.42 million vehicles in 2018, accounting for 10% of China’s total and exceeding that of France, the U.K. and Thailand. More than 500 car parts manufacturers operate in Wuhan.

Wuhan is also at the forefront of “Made in China 2025,” a government-backed high-tech initiative. Tsinghua Unigroup, a major semiconductor company, was the first Chinese company to launch mass production of 3D NAND flash memory there. China’s leading panel maker BOE Technology Group also produces the world’s largest 10.5 generation glass substrate in the city.

All these activities have now come to a standstill as 11,177 people in Hubei Province have been infected with the virus. Most of the deaths in China — 350 — were in Hubei. With the rate of infection still rising, there are fears that factories and businesses in the area will be forced to close for longer, threatening supply networks both at home and abroad. 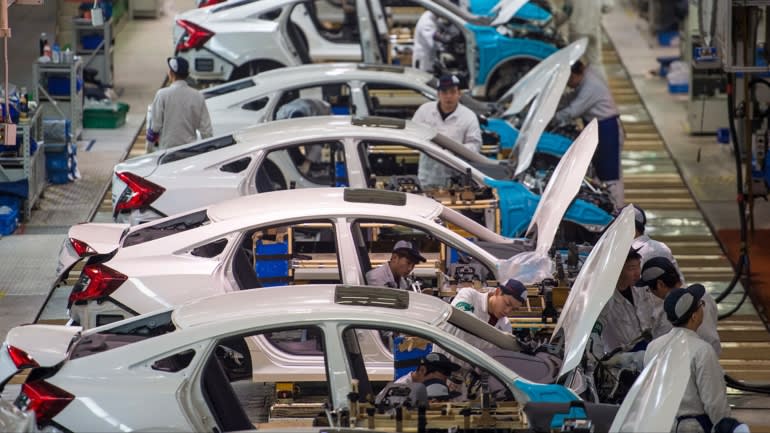 Workers assemble cars at the Dongfeng Honda Automobile plant in Wuhan, Hubei Province in 2017. The province is home to many automakers and produced 2.42 million vehicles in 2018.

“Even if the factory was reopened, we cannot resume normal production,” said an employee at state-owned carmaker Dongfeng Motor Group. “Parts procurements are scattered in different cities,” he said. The employee, who worked in the Dongfeng factory in Shiyan, said that he, like others in the province, are not allowed to leave their homes.

Honda Motor affiliated parts manufacturer F-Tech has decided to produce brake pedals in the Philippines instead of its Wuhan plant. An executive of a Japanese automaker also said: “China’s overall production could be adversely affected. We have begun reviewing our supply network to see if we can procure parts from outside China.”

Research company Gasgoo Auto Research Institute said Sunday that the sale of passenger cars in 2020 would fall by 3% to 6% from the previous year due to coronavirus.