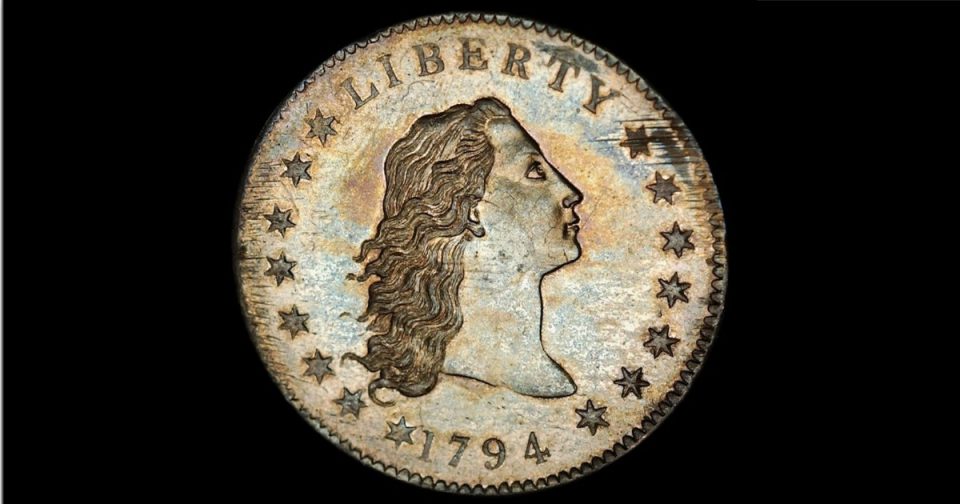 A super rare “flowing hair” silver dollar from 1794 goes under the hammer soon… and is expected to fetch in excess of $10 million! This would make it the most valuable coin in the world. And that’s not the end of the story. This wavy-haired lady could in fact be the face of America’s very first coin. Either way, it’s one pricey piece of currency.

The “Flowing Hair” silver dollar “has been identified as perhaps the first piece made in silver” according to Douglas Mudd, via Associated Press. He should know. Mudd is director of the American Numismatic (i.e. anything to do with coins and medals) Association Museum. When it was exhibited there he no doubt got a good look. The coin is in “beautiful condition”, ramping up the interest even further, so to speak. 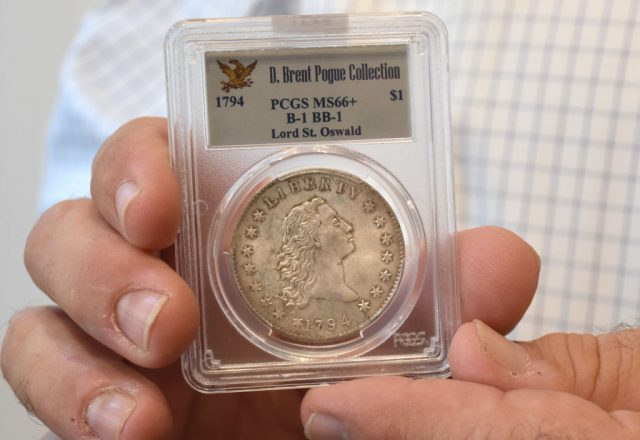 A somewhat serious-looking eagle is on the flipside. Atlas Obscura mentions “the crispness of the coin’s raised edges and lettering”, which help to establish the time period, together with “its ‘prooflike reflectivity’—a coin so fresh off the press that its flat surfaces could be mistaken for mirrors.”

The presence of “several distinctive Mint-made marks resulting from filing” is highlighted by Douglas Mudd to Associated Press. Silver coins need to be filed so they contain just the right amount of precious metal. Coin World writes that “a silver plug in the center” suggests it might be the first ever produced. 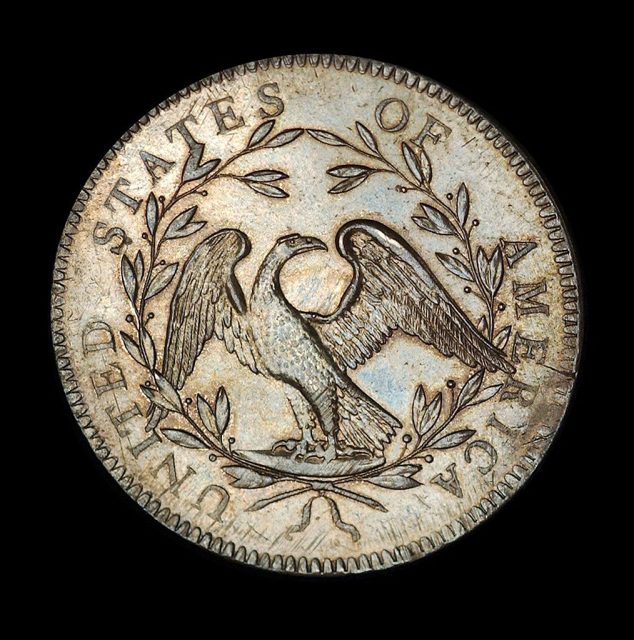 Obverse of the Flowing Hair silver dollar that is expected to fetch $10 million. (Photo by Rare Coin Wholesalers via Getty Images)

Coins are graded by experts using a 70-point scale. The Flowing Hair silver dollar scores an impressive 66! “Comparatively, another 1794 silver dollar graded at just 35 sold in 2019 for $288,000” notes Smithsonian Magazine. Associated Press speaks to Professional Coin Grading Service of Santa Ana president Brett Charville, who reveals “one graded at 12 sold last year for $99,000”. A result not to be sniffed at!

Bruce Morelan is current owner of the Flowing Hair silver dollar. He purchased it in 2013 for the record-busting price of $10, 016, 875. Described by PGCS – Professional Coin Grading Service – as “the coin collector’s coin collector”, Morelan is auctioning off 15 shiny pieces from his showcase hoard. Quoted by Smithsonian Magazine, he calls the historic coin “a lifelong dream” made real. Now he’s had his fiscal fun, he wants others to enjoy the loot. “It’s time to let other collectors own the set” he tells Associated Press.

The attention-grabbing coin is one of 1,758 dollars that were minted in a single day, October 15th. Currency hounds believe just 300 remain from this epic 18th century endeavor. 100 are known about through the collectors’ circuit.

They’re thought to have been intended as souvenirs, destined for mantelpieces rather than wallets. Atlas Obscura reports the coins were “a token of the bright future of the fledgling United States” and issued to notables. One of the recipients was then-Secretary of State Edmund Jennings Randolph, who wrote about it in a letter to George Washington himself.

Before the age of circulating coins, America relied on “a mixture of bartering, colonial currency and foreign money” to keep the show on the road, according to Smithsonian Magazine. The Coinage Act of 1792 led to the creation of copper cents the following year.

Reactions were decidedly mixed. “These new cents caused a bit of a public outcry” writes the US Mint website. “They were larger than a modern quarter, a bulky size for small change. The image of Liberty on the obverse showed her hair steaming behind her and her expression ‘in a fright.’”

Dollars didn’t exactly go down a storm either. Because folk didn’t make enough money to obtain them, production of the iconic coin was eventually stopped in 1804. It got going again 36 years later.

The chance to snap up a piece of American monetary history happens October 8th. Legend Numismatics are handling the sale, which takes place at The Venetian, Las Vegas. Bidders will need deep pockets. And their nerves must be in mint condition. No asking price, no dice…

Steve is a writer and comedian from the UK. He’s a contributor to both The Vintage News and The Hollywood News and has created content for many other websites. His short fiction has been published by Obverse Books.

The COVID-19 vaccine fight will not be done even when a drug is approved, expert says

What have livestock markets learned from 2020?