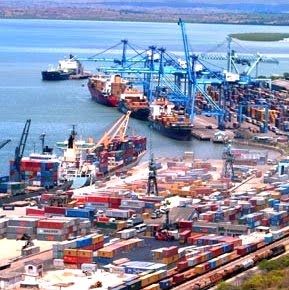 This ranks Mombasa fifth in Africa after Alexandria and Port Said in Egypt, Durban in South Africa, and Tanger Med in Morocco. The total volume of cargo handled at the port last year reached 34 Mt, up from 30.9 Mt in 2018, while the average ship waiting time fell from 0.47 days in 2018 to 0.27 days last year.

The port broke the 1M TEU/year barrier for the first time in 2015, but there has been a step increase since then because of the completion of the second container terminal. After the expansion of the second terminal has been completed, the port will have total handling capacity of 2.5M TEU.

KPA’s Managing Director Daniel Manduku said: “Our performance was boosted by unprecedented growth in transit and transhipment business, due to the provision of adequate yard space particularly after the construction of the second container terminal and investment in cargo handling facilities.”

The KPA attributes the record to faster dispatch of cargo out of the port, including on the new standard gauge railway (SGR) to Nairobi. The number of cargo trains operating on the Nairobi-Mombasa line has been steadily increased and has now reached 10-12 a day, each with 108 wagons.

Mombasa appears to be holding off competition for transit trade from the Tanzanian port of Dar es Salaam, which is believed to have handled just over 600,000 TEU last year. Transhipment turnover at Mombasa almost doubled last year, from 105,000 TEU in 2018 to 197,272 TEU.

There has been controversy over the introduction of measures by the government to force cargo on the route from Mombasa to Nairobi off the road and on the SGR. The government’s policy has obviously also benefited the inland container terminal in Nairobi, which handled almost 420,000 TEU in 2019 with three days to go, up from 257,972 TEU in the same period in 2018. Critics claim that the requirements have been introduced only to help repay Beijing for financing the construction of the SGR.

Mushrooms and orange peel: could biotech clean up the building industry? | Environment