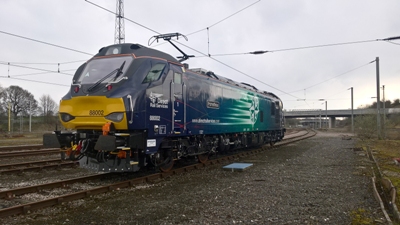 DRS will be working with automotive transport specialist STVA UK to transport cars between the Ford factory in Dagenham and the rail terminal just outside Liverpool. Ford has been moving cars and vans by rail on this route for many years.

The new contract is of 3-year duration and follows a competitive tender. This is the first time that DRS has won the contract, which it has taken over from GB Railfreight.

Carrying a mixture of double deck and single deck vehicle transporters, each service will typically carry around 190 vehicles per train. The new rail service will operate between six to eight times a week, with potential for expansion for up to 10 services.

Could the Drying Up of Europe’s Great Rivers Be the New Normal?