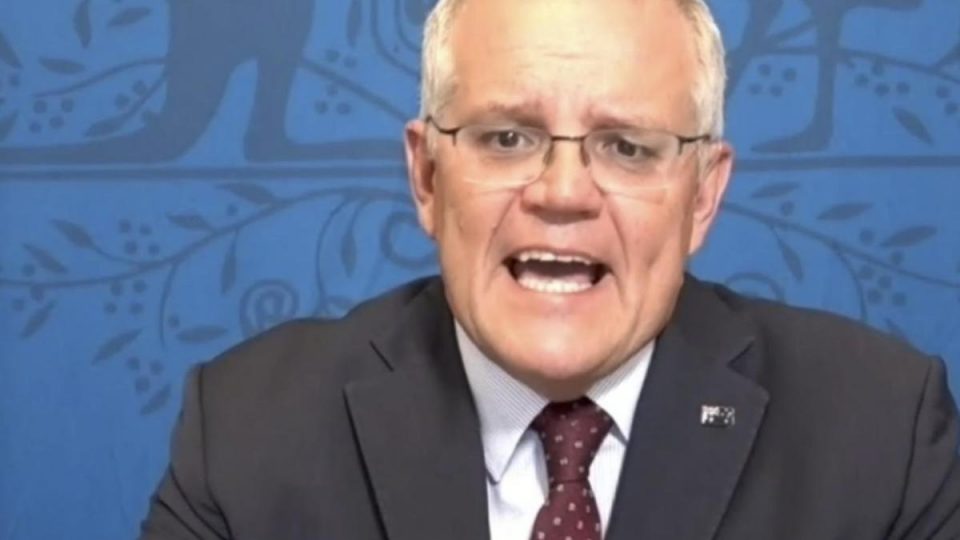 Scott Morrison has called on world leaders to do more to increase the resilience of global supply chains that are under immense pressure, also admitting Australia had made mistakes during the pandemic.

In a wide-ranging speech before a virtual hearing hosted by the World Economic Forum on Friday night, Mr Morrison said the recovery of air and sea freight was still too slow and there needed to be a new partnership between governments and business.

“We are witnessing increasing costs and inflationary pressures, as well as reduced consumer supply,” he said.

“We need a greater collective focus on easing the constraints on international shipping and on the recovery of passenger flights.

“The lesson of these times is that supply chain resilience requires a new partnership between countries, governments and businesses.”

Mr Morrison said for decades efficient supply chains had been integral to global growth and rising living standards – but Covid-19 had created a shock.

“During the early stages of the pandemic, our normally well-functioning supply chains experienced great strain,” he said.

“To the credit of governments, in partnership with transport, freight and logistics companies, there was no wholesale collapse.

“But still, it was a shock.

“Many critical supply chains are yet to fully recover.

The Prime Minister said building resilience was crucial because it was inevitable there would be turbulence and disruption.

“We have learned that just-in-time supply chains aren’t enough,” he said.

“And we can’t take access to critical inputs for granted.

“Australia is known as a dependable supplier of goods and services.

“We are working to create open and secure supply chains with trusted partners that make our countries collectively stronger.”

The Prime Minister said more attention needed to be given to driving open international trade. Without directly mentioning China, he said in recent times Australia had experienced the effects of “coercive measures”.

“As a trading nation we have held firm to our values – but it has not been without cost,” he said.

“I believe it has also come at a significant cost to the countries which implement such measures. It’s hard to see how anyone wins.

“The world cannot afford to march in this direction, and more than ever there is a need to support the multilateral system and promote trade liberalisation.”

Mr Morrison said Omicron had shown there was no guidebook for the pandemic.

“No magic GPS system for avoiding the enormous stresses and strains it continues to place on all nations – governments, businesses, communities, families and individuals,” he said.

“Yet amid this fog of radical uncertainty, Australia has charted a clear path – our own unique path – what we call the Australian way.”

He conceded he had made mistakes.

“I don’t pretend we haven’t made mistakes. What country or government could?”