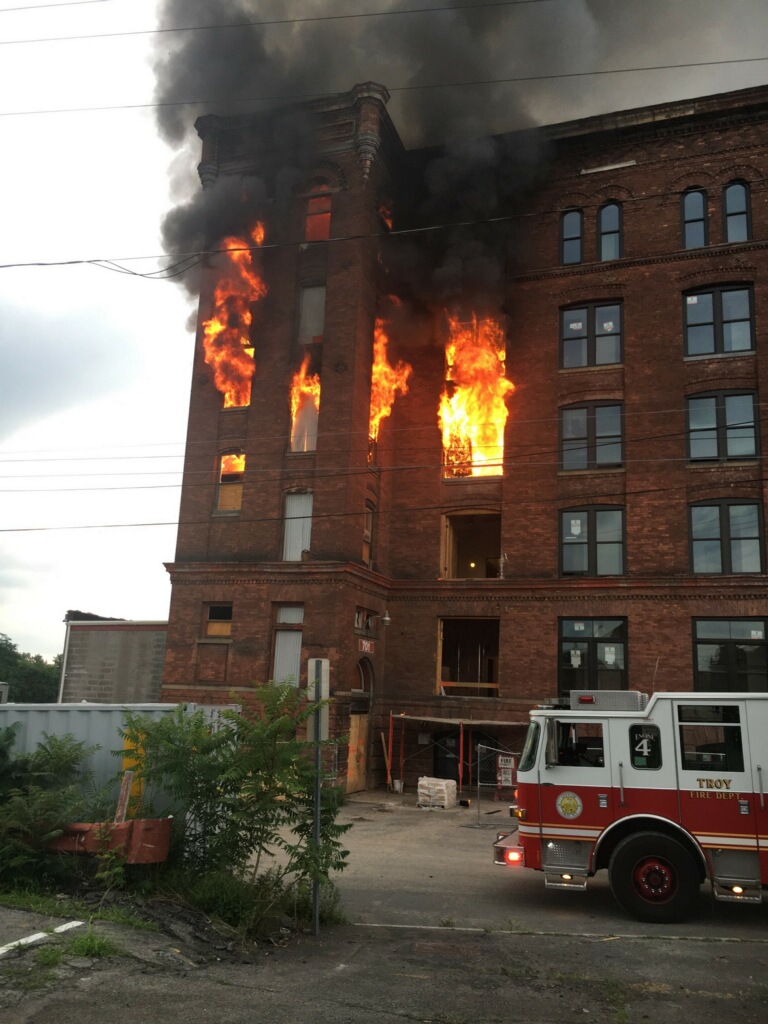 Work to resume on Collar Factory Lofts in Troy

TROY _ Construction will resume next week on the Collar Factory Lofts building at 701 River St., which was heavily damaged in a fire last July.

The $16 million conversion of the former Marshall Ray building was 80 percent complete, said Jeff Buell, a principal at Redburn Development Partners, when fire broke out on a Friday evening after workers had left for the day. Troy firefighters were credited with saving the building, although damage from flames, smoke and water was “substantial,” Buell said, boosting the project’s total cost to $26 million.

A new general contractor, Consigli Construction, has been hired to complete the renovations. Completion, originally set for this autumn, now is expected next year, with the first tenants moving in during the summer of 2020.

The fire also added to the project’s total cost.

“We were 80 percent done,” he said Wednesday afternoon. “We’re now goinig to have to spend another $10 million.”

The building was originally a cuff and collar factory, one of several along River Street just north of Troy’s downtown. Many of the 77 apartments will have views of the Hudson River. Redburn is partnering with PAZ Management on the project.

“The teams at Redburn and PAZ were devastated after the fire,” said Tom Rossi, also a Redburn principal. “When the smoke cleared, our only goal was to figure out how to again save this building we all love so much.

“Thanks to the heroic efforts of the Troy Fire Department, this important structure was not a total loss, and we are pleased to announce that reconstruction is set to start immediately,” Rossi added.

“We are committed to this building, and to the North Central neighborhood,” said Jacob Reckess, vice president of PAZ Management.

Work had halted at the site earlier this month, and the Albany Business Review on Nov. 7 reported online that some contractors had complained of nonpayment. Buell said those issues are in the process of being addressed.

Redburn earlier converted the former Troy Public School 1 nearby into apartments, and has completed other projects in other area communities, including Troy, Watervliet, Hudson and Schenectady. It also has several projects in downtown Albany.