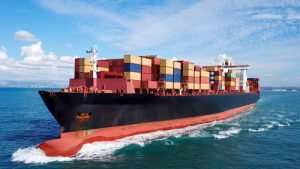 Sen. Wicker, who chairs the committee, in November 2019 sponsored the Federal Maritime Commission National Shipper Advisory Committee Act of 2019, S. 2894, which would establish the committee to advise the Federal Maritime Commission (FMC) on policies related to the competitiveness, reliability, integrity, and fairness of the international ocean freight delivery system, according to the bill’s text.

“I am pleased that my legislation to establish a National Shipper Advisory Committee at the FMC is headed to the full Senate for consideration,” said Sen. Wicker on May 20. “I was glad to work with Commissioner Rebecca Dye toward establishing this committee to ensure that our maritime transportation system remains competitive.”

If enacted, S. 2894 would establish an advisory committee consisting of 24 members appointed by the FMC with expertise in the international ocean freight delivery system. Twelve members shall represent entities that import cargo to the United States using ocean common carriers, while 12 members shall represent entities that export cargo from the U.S. using ocean common carriers, according to the text of the bill.

Each advisory committee member would serve a three-year term and federal employees would be prohibited from serving on the committee, according to the bill’s language.