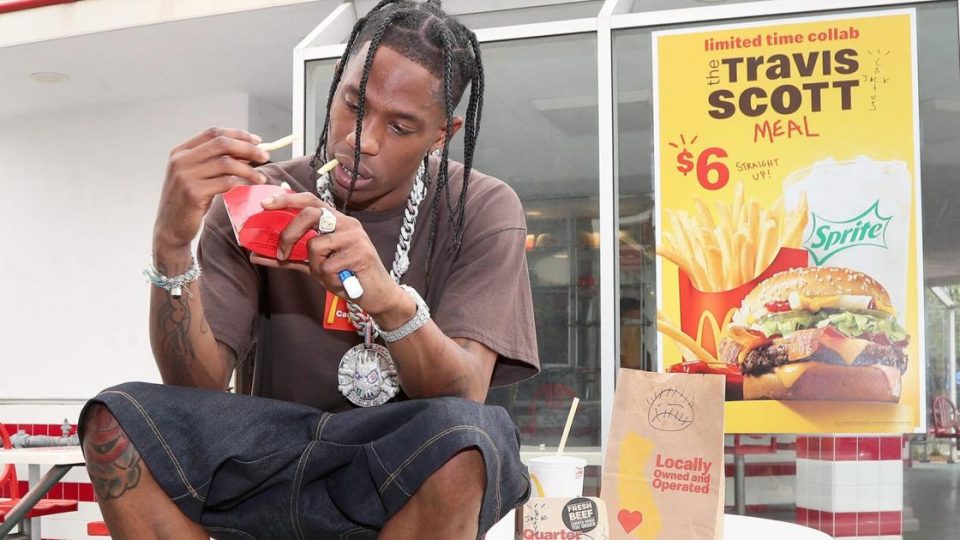 A promotion unlike like any other McDonald’s has done since 1992 is causing beef patty shortages and straining supply chains to at least four local restaurants.

Scott is also in a relationship with reality television star and entrepreneur Kylie Jenner whom he fathered a child with in 2018. Scott’s stardom is also compounded by presence on the wildly popular online game, Fortnite.

Since the meal’s debut in September 2020, local McDonald’s restaurants say the meal is such a commodity, restaurants are either running out of select supplies or are having to overstock to compensate for demand.

The Travis Scott meal consists of a Quarter Pounder with bacon, cheese, onion, and lettuce paired with medium fries with BBQ sauce and a Sprite with extra ice.

The representative with the Moses Lake McDonald’s location on Kittleson Rd. says the Stratford Rd. location ran out of Quarter Pounder patties on Monday resulting in a torrent of customers ordering the promotional meal.

“We’re having to overstock on certain supplies to keep up with demand,” the representative told iFIBER ONE News on Wednesday.

On Tuesday, East Wenatchee says it sold an unprecedented 200 meals. A McDonald’s staff in East Wenatchee told iFIBER ONE News that the Travis Scott meal is far more popular than any other meal they’ve sold in the past and its causing caps on certain inventory items.

The last time McDonalds did a celebrity-sponsored meal was in 1992 when it collaborated with Michael Jordan to produce the McJordan Burger.

Supply chain lessons from Covid-19: Adapt to not just survive, but thrive

Beyond Meat triples distribution of plant-based burgers at Walmart stores | WTVB | 1590 AM · 95.5 FM