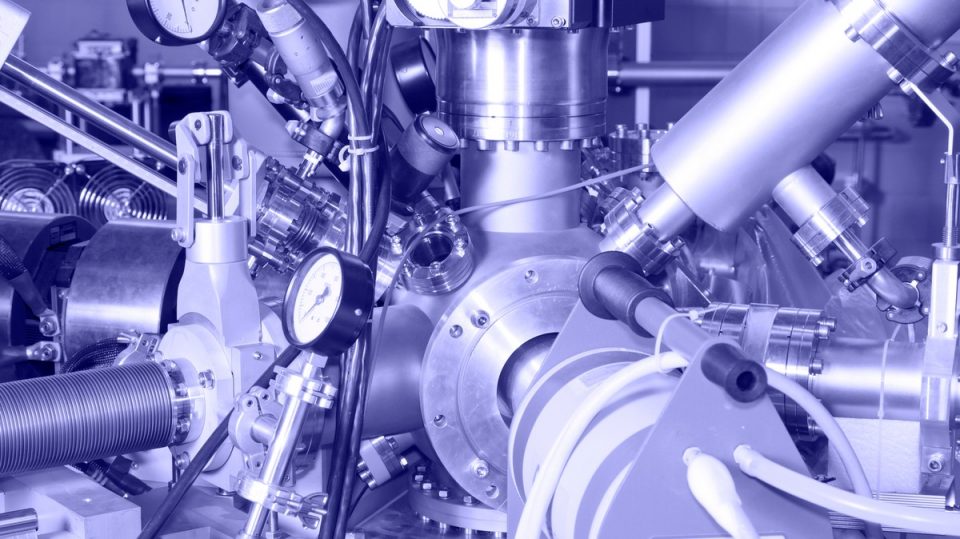 In the 1950s, few things seemed more futuristic and utopian than harnessing nuclear energy to power your home. Towering nuclear reactors popped up across the U.S. with the promise of harvesting energy from smashed atoms of Uranium to power everything from lights in an office to an oven cooking a pot roast. With clean and efficient nuclear power, anything seemed possible.

But as the years went on, doubt about the safety of these reactors began to poison the bright future they’d once promised. Stories of nuclear waste polluting waterways downstream of power plants began to stir alarm, and in the 1980s the Chernobyl nuclear power plant explosion sent radiation billowing across Europe and into the tissues of an estimated 4,000 Ukrainians who died from radiation poisoning.  Even as recently as 2011, Japan’s Fukushima nuclear power plant faced catastrophe when a tsunami knocked out its power supply and led all three of its nuclear reactors to melt down.

All in all, it’s been a tough few decades for nuclear energy’s public image. But nuclear scientists say that now, more than ever, is the time to reinvest in nuclear innovation. Governments agree: In the U.K. Rolls-Royce plans to roll out 16 mini-nuclear plants over the next five years and China, an emerging nuclear super power, has pledged to ramp up its nuclear use to meet emissions goals.

“Nuclear energy has always been an emissions-free source of electricity,” Rita Baranwal, Assistant Secretary for the U.S. Office of Nuclear Energy, told Motherboard. “Countries around the world that have [emissions] targets and goals to really assess how they get to those targets. And what they’re finding time and time again, is that nuclear has to be part of that energy portfolio.”

Renewable energy sources like solar and wind are too intermittent to carry the brunt of our emissions goals alone, says Baranwal. When done safely, nuclear energy can create emissions free energy for electricity and heat. It can even be used to help develop other green solutions, like synthetic fuel, which will also be crucial in crushing emissions levels.

“To achieve deep decarbonization, we need to decarbonize not just electricity, but also transportation (including shipping) and industrial processes,” Ashley Finan, director of the Idaho National Laboratory’s National Reactor Innovation Center, told Motherboard in an email.

Nuclear reactors have come a long way from the power plants of our parents and grandparents, and nuclear scientists say that innovation in material design, machine learning and even the design of the plants themselves has positioned this industry as an essential player in the quest for clean energy.

Nuclear energy has been quietly smashing its benchmarks for years now, says Baranwal, and now is the time to brag about it.

What is nuclear energy?

Nuclear energy may seem futuristic and complex in its approach to power, but at its core, the process is really not that different from power created with coal or oil. Essentially, something is heated up (in this case, the nuclear core) which creates steam to turn turbines and generate electricity.

The big difference for nuclear power is that these plants create their initial heat by smashing together Uranium atoms in a process called fission. Like a cue ball being shot across a pool table, a tiny neutron is sent careening towards an atom of Uranium—splitting it open upon contact. This splitting of the atom creates energy in the form of heat and radiation, and also sends out more neutrons that break apart other Uranium atoms in a domino effect.

Carefully controlling this creation of power is the name of the game at nuclear power plants, and traditionally pressurized water has been used to cool down these Uranium cores. But in next generation nuclear reactors, this might look a little different.

When it comes to the future of nuclear energy, the U.S.’s Department of Energy has its eyes (and wallet) focused on two projects in particular: TerraPower’s Natrium reactor and an Xe-100  reactor from X-Energy. These two reactors are the first to participate in the DOE’s Advanced Reactor Demonstration Program, an initiative to reinvest in nuclear innovation, and have each already received $80 million toward the development of their designs, with up to $4 billion available over the next five to seven years.

For TerraPower, this change to the reactor’s traditional coolant allows the plant to reduce both complexity and cost, while simultaneously increasing the reactor’s safety. Because molten salt has a higher boiling point than water, this material does not have to be pressurized when used as a coolant. Using molten salt would also allow nuclear engineers to finely tune the amount of energy coming out of the plant, making it an excellent companion to more intermittent sources of clean energy like solar and wind. A cloudy day? Crank up the nuclear plant.

TerraPower’s reactor is expected to be a little smaller than traditional reactors, but will still have a relatively large footprint, says Baranwal. X-Energy’s reactor, on the other hand, will be a much smaller type of new reactor called a small modular reactor, or SMR.

What are small modular reactors?

Traditionally, nuclear reactors have been housed in towering nuclear plants that take up more than a mile square footage of land per 1000 MW of energy production. This works well in communities with plenty of open space, but can be difficult to squeeze into more densely packed areas. As a solution, enter the SMR.

With some hovering just over 23 meters tall, a single torpedo-shaped SMR will take up only about 1 percent the square footage of a traditional power plant. And, unlike large reactors that can take many years and a lot of money to build, SMRs can be built much cheaper and quicker using factory manufacturing. Each reactor can only produce a maximum of 300 MWe, but as many as twelve reactors can be grouped together like big cans of soda to match a larger power plant’s output.

When combined together, these reactors could be used to power midsize cities, or separately, to power smaller towns.

X-Energy’s design, which the DOE has its eyes on, is one such reactor and plans to use pressurized helium as well as slow release pebbles of fuel to achieve its efficient design. Another U.S. based company, NuScale, is also turning its sights to SMR and was the first in the U.S. to have its water coolant based design approved by the Nuclear Regulatory Commision.

“NuScale’s smarter and simplified advanced design eliminates the need for two-thirds of the safety systems and components found in today’s large reactors,” representatives from the company told Motherboard over email. “This results in reduced maintenance cost, reduced capital costs, and a level of safety that is magnitudes better than current gigawatt sized nuclear plants.”

And the U.S. isn’t alone in its interest in these miniature reactors, dozens are in development around the world. At the end of 2019, Russia floated an SMR out to sea to trial a future fleet of floating power plants and Japan’s Toshiba electronics company has been working for years on its Super Safe, Small Simple (4S) modular reactors.

“[People] tend to think of nuclear as just electricity,” says Buongiorno. “But it’s also much more.”

If you thought SMRs were tiny, then microreactors are absolutely miniscule. Also called nuclear batteries, Buongiorno said, these reactors are on scale with jet engines and can be easily and quickly manufactured on assembly lines and set up within a few days of arriving in a community.

Because of their small size, these reactors don’t necessarily supply a lot of bang for their buck—they can only generate between 1 and 20 MW of energy—but Buongiorno says that this isn’t necessarily a problem because nuclear solutions don’t require one-size-fits-all reactors. Especially when it comes to finding a solution to climate change.

“I would say it’s one of the truly critical questions as we move forward for solutions for climate change—what is the optimal mix?” said Buongiorno. “And not surprisingly, it’s not one size fits all. It’s a combination… It’s a well balanced mix of different technologies that will give you the path of least resistance.”

Instead, microreactors could be used to power remote communities, desalinate local water and even produce an emissions free source of hydrogen to fuel other industries. Buongiorno says that microreactors are even under consideration for space applications with NASA.

Nuclear energy is not a perfect solution to our energy problems, and there are still critics who are wary of the industry’s safety and cost, but nuclear scientists say the industry is ready for its time in the spotlight.

With international partners around the world, nuclear energy has the potential to be a powerful ally to solar and wind production to help not only lower energy emissions but to provide energy independence to remote communities.

“I have the sense that when the public looks at nuclear energy they think of people and companies that don’t care about others,” Finan said. “[But] the truth is that many people are entering the nuclear energy field… in order to tackle huge environmental challenges [and] energy poverty… I think that as the public gets to know todays’ advanced nuclear energy companies, they will meet people with passion and purpose that they can identify with and respect.”

Many of these nuclear solutions are already here, and nuclear scientists are excited to see what the next decade of innovation will bring.

Cast Your Heart at the Pajama Factory | Life