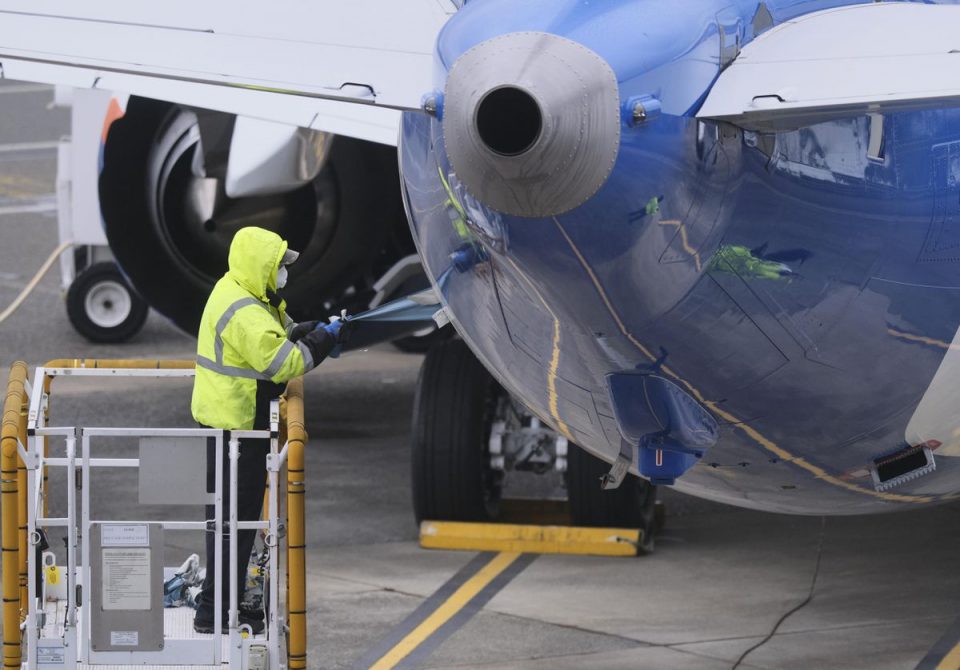 By Ken Aso and Jérôme Bouchard

As it turns out, those are not the only aviation companies that face the possibility of bankruptcy and liquidation. Parts of the aerospace supply chain also face rising risks, especially as the pandemic picks up speed again in several key regions.

Aerospace suppliers, who sit at the beginning of aviation’s food chain, are looking at a decimation of demand — even more dramatic perhaps than the drop-off facing global carriers. Over the next decade, as many as 4,700 aircraft that had been on the production schedule at the beginning of 2020 will no longer be built. That is the equivalent of 2.5 years’ worth of production vanishing almost overnight.

While this will be painful for the larger airframe and engine manufacturers, the real carnage is expected to take place a step or two down the chain — including midsize and larger parts suppliers and special processing houses. Part of the problem stems from the debt taken on when demand for air travel looked poised to break records over the next decade. Most suppliers expanded capacity rapidly in 2018 and 2019 to support the overflowing order books of leading aerospace manufacturers, with many adding as much as 15% to 20% — and in a few cases, even more. Now they find themselves with idled capacity and unable to service the debt from that investment.

Over the last few weeks, top-tier manufacturers are beginning to field calls from erstwhile healthy suppliers warning that they may be forced to close their doors because 40% to 50% of their business has evaporated. For them, Covid-related aircraft cancellations and deferrals are catching up with production schedules: In 2020, 1,800 scheduled deliveries, or 55% of the number expected to be made, won’t end up happening.

Many of these suppliers have been hesitant to reveal their financial situation to their aerospace customers for fear they would be replaced by suppliers with healthier balance sheets. Original equipment manufacturers (OEMs) may also take the opportunity to create or buy in-house capabilities, especially given their own need to keep their workforces busy. What this means is that a lot of bankruptcies and liquidations may happen overnight — even though problems have been festering for months under the surface.

Some degree of consolidation seems inevitable, but how much is too much? Once the pandemic subsides, it’s hard to gauge how fast air travel demand will return, given the anticipated depressed state of most economies. There are also some single-sourced casting and forging capabilities that are in jeopardy that will not be easily replaced and could disrupt any attempts to revive aircraft production.

Even as production restarts, it will be at suboptimal levels because of crisis measures taken earlier in the pandemic. What this all means: the industry and governments need to be cautious about which parts of the aerospace supply chain they let die. Some OEMs are already warning about the lack of visibility into the supply chain and the potential for surprises that creates.

Diversified suppliers that provide systems to other industries besides aviation have an advantage over those tethered to aircraft manufacturing. Ironically, another group in less dire financial shape includes suppliers that dragged their feet on ramp-ups and now find themselves less heavily leveraged.

Those with military business also are often better off as defense spending, particularly in the United States, has not been cut back because of Covid-19, and governments will sometimes step in if their suppliers falter. For instance, the US government has been prepaying for some contracted work and extending contract terms to provide financial support. Of course, that didn’t help Impresa Aerospace, which filed for Chapter 11 in September because of lost business connected to the grounding of the 737 MAX.

But the Pentagon was already well aware of the fragility of smaller and specialized manufacturers, warning in a 2018 report of the potential “domestic extinction” of critical industrial parts suppliers in the advent of an economic downturn.

Based on its place in the food chain, aerospace will have to wait for air travel demand and airline financial health to recover before it can begin to right itself and even hope to regain momentum. We don’t anticipate the fleet to recover to its January 2020 size of 27,800 aircraft until the beginning of 2023.

This year will not be the end of bad news. The slowdown will persist into 2021 when production will be 30 percent lower and deliveries down around 20 percent from pre-Covid projections. By 2021, the fleet will be 18% smaller than it was at the beginning of 2020. By 2030 — almost a decade from now — the fleet at about 34,300 aircraft will be 12% below pre-Covid projections for that year.

Based on existing order books, we expect 60% of narrowbody and widebody orders to be canceled or deferred between 2020 and 2022. Adding to that backlog is likely to be the grounded 737. That narrowbody model is expected to get the all-clear from both the US Federal Aviation Administration and the European Union Aviation Safety Agency before the end of the year — 21 months after the order to stop flying. While it’s hard to estimate how many 737s will be delivered in 2020, given the uncertainty of regulator approval, we expect approximately 500 could be delivered next year. That’s still down from the almost 700 that originally planned to make it to airlines by the end of 2021.

To help its floundering industry, France has designed an $8 billion fund for aerospace that consists of monies from the government and OEMs. This vehicle, which will be administered by a private equity firm, is expected to orchestrate a controlled consolidation in the nation’s aerospace sector — one that will preserve strategic capabilities that help ensure a smooth economic recovery. Given aerospace’s outlook, it’s an approach that other nations with sizable aerospace production might want to consider protecting at least the essential parts of the industry.