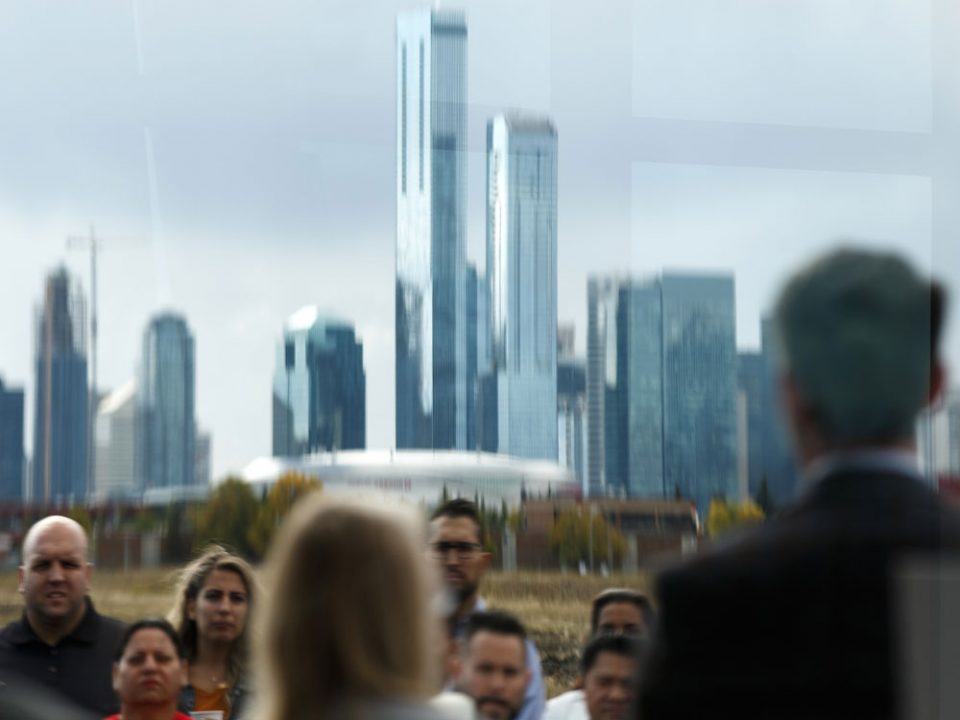 Premier Jason Kenney’s plan to take Albertans’ contributions from the Canada Pension Plan and hand them to  Alberta Investment Management Corp. (AIMCo) could make it difficult for the province’s largest pension manager to match past returns — at least in the short term — according to a pension expert.

Alexander Dyck, a professor of finance, economic analysis and policy at the Rotman School of Management, says it’s questionable whether the influx of an estimated $40 billion — plus another $30 billion in provincial pension money Kenney has earmarked to flow into AIMCo — could be invested as profitably for retirees.

I would be nervous about AIMCo … almost doubling in size

“I would be nervous about AIMCo … almost doubling in size,” said Dyck, who has researched large pension fund performance for several years and sat on the board of the Rotman International Center for Pension Management.

Dyck’s concerns are among a host of questions that have been raised since Kenney this month announced the province would study the “compelling case” for Albertans to go it alone on retirement savings because the province’s young population is an outsized contributor to the national scheme.

“With a younger demographic, an APP (Alberta Pension Plan) would have a lower contribution rate than the CPP to pay current pensions,” said Don Raymond, an adjunct professor of finance at Rotman and former chief investment strategist at CPPIB.

“This assumes AIMCo delivers comparable returns to CPPIB, which I strongly believe they could,” added Raymond, who was part of CPPIB’s senior management team until early 2014.

AIMCo — established as an arms-length Alberta Crown corporation in 2008 to manage the investments of pension, endowment and government funds in Alberta — generated a return of only 2.3 per cent last year, but the fund manager has been consistently beating its benchmarks and its five-year annualized net return of 7.2 per cent isn’t far off the performance of the larger Ontario Teachers’ Pension Plan, at eight per cent. Nor is it too far behind the CPP Fund’s five-year real rate of return (after inflation) of 8.6 per cent.

While these differences could add up to large dollar amounts over time, it is difficult to draw exact comparisons between the funds. AIMCo manages the mandates of 31 different pensions, endowments, and government funds, some of which invest primarily in lower-risk and lower-return fixed-income products. And CPP operates on a different year-end, which can have an impact on returns if markets roar or swoon during a particular quarter.

But size does matter. Despite the short-term pressure a sudden influx of CPP money could have on AIMCo’s returns, Dyck’s own research has shown that larger plans can make significant investments in private equity and tend to earn substantially greater returns than plans with smaller holdings.

Some pension experts point out that AIMCo, which managed $108.2 billion at the end of 2018, has already surpassed the $50 billion to $100 billion threshold understood to deliver the benefits of scale that Dyck talks about in his research — such as lower costs spread over a broad array of direct investments, and superior returns from alternative investments.

“AIMCo already has the scale to manage investments, including private markets, in-house,” said Alex Mazer, a founding partner of pension design and management firm Common Wealth, which was commissioned by the World Bank to chronicle the evolution of the “Canadian model” of pension management pioneered by Ontario Teachers’ and CPPIB.

If Kenney does move forward, it would likely spark an unprecedented negotiation with Ottawa over how to extricate Alberta’s share of the CPP fund. Quebec is currently the only province that is not part of CPP, but that’s because it never joined the national pension scheme, which launched in 1966. The Quebec Pension Plan’s assets are managed by the Caisse de dépôt and placement du Québec, which has a dual mandate to achieve returns and to support the provincial economy.

One long-time Ontario-based investment executive suggested that Albertans could receive their share of the CPP Fund’s roughly $400-billion in cash payments from other provinces’ contributions trickled out over a few years.

Even if the parties agreed on such an arrangement, a made-in-Alberta pension plan could give rise to longer-term concerns.

Keith Ambachtsheer, a veteran of pension design, governance and investing at KPA Advisory, says Alberta’s reliance on the struggling oil and gas industry could weigh on future contributions, which would have an impact on the amount of investment returns that would be needed to meet the obligations to retirees.

“The risk is not knowing the growth rate of the (Alberta) workforce over the next 10, 20, 30 years,” he said. Even the difference between a zero and two per cent growth rate would make “a huge difference.”

Accelerating competition from renewable energy sources creates “a material threat to the health of the APP (Alberta Pension Plan) contribution base in the decades ahead,” Ambachtsheer said, adding that this “compares to a much more diversified, larger CPP contribution base.”

If AIMCo were to take a greater interest in supporting the province’s fossil fuel industry — something that Kenney has neither endorsed nor ruled out — it would create a “double jeopardy” situation for Alberta retirees, Ambachtsheer said, as both contributions and returns would be dependent on the health of the same industry.

An enhanced AIMCo would almost certainly also have to address its lack of geographical diversification.

Compared to funds like Teachers, CPPIB and now even Quebec’s Caisse de dépôt, AIMCo is very heavily invested in Canada, which represented nearly 50 per of holdings in 2018. Investments in North America accounted for nearly 80 per cent of holdings, according to AIMCo’s annual report.

“Investing internationally allows us to avoid an over-reliance on Canada’s relatively small capital markets and domestic economy,” CPPIB says on its website. “In this way the Fund can benefit from positive global growth in the world’s largest investment markets — and be resilient during periods of slow growth within specific regions.”

Though some have expressed concern for CPP if an Alberta exit comes to pass, there could be a silver lining for the national pension scheme, according to Dyck’s research.

That’s because the massive fund may be nearing the point where “diseconomies of scale” come into play.

Oi S A : Material Fact – Result of the Competitive Procurement Procedure for the Sale of Telecommunications Infrastructure Sites for the Fixed Operation