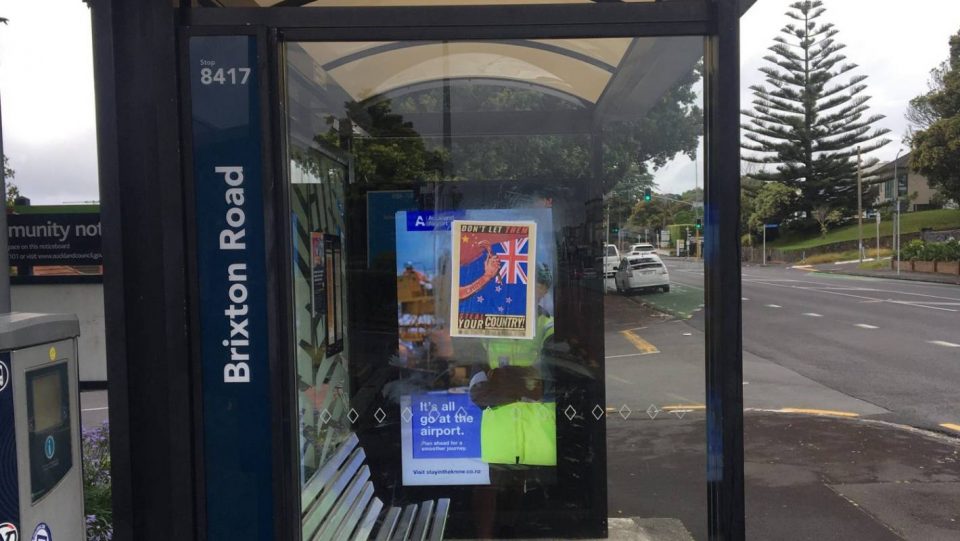 Auckland Transport has vowed to remove any material put up by a white supremacist group, after a racist poster appeared in a city bus stop.

AT’s response comes after Auckland University sparked an outcry in September when it refused to remove or condemn posters from the same group.

Stuff has chosen not to name the New Zealand-based group, which espouses a racist, white supremacist ideology in line with the alt-right movement.

The poster was spotted on a bus stop in Dominion Rd on Saturday.

AT spokesman Wally Thomas condemned the poster when contacted on Saturday evening.

“Who do these people think they are? The message is completely unacceptable and offensive.”

The organisation would remove the poster immediately and make every effort to track down and charge those responsible for vandalism, Thomas said.

“This is vandalism of public infrastructure. If we can track them down, we will.”

Following the outcry about the appearance of the white supremacist posters in September, Auckland University vice-chancellor Stuart McCutcheon initially cited free speech as the reason the university had not intervened.

The next week, McCutcheon said he recognised the most important matter was not “a debate about free speech”.

Instead, the most important thing was the “very real hurt and sense of threat” felt by some people in the university community, he said in a staff-all email.

The email came after more than 1300 academics and students signed an open letter denouncing racism and a student launched a poster campaign criticising the university’s response.

There were also daily protests from a group of students in the quad and a sit-in of the university clock tower.

Triethanolamine Sourcing and Procurement Market Will Have an Incremental Spend of USD 0.51 Billion: SpendEdge | State