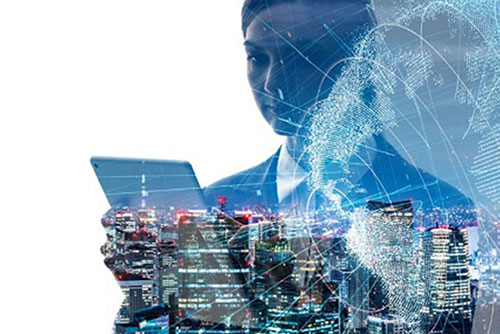 The world of insurance is changing as new ways of doing business are making their mark on the industry. One only has to look at Lloyd’s of London’s dramatic overhaul plan – the goal of which is to become “the most advanced marketplace in the world” with the help of tech-enabled initiatives such as an electronic risk exchange – to recognise the shifts that are currently taking place.

Accordingly, investment in the insurance technology space is continuing to grow, hovering at US$140 million in 2011 and by 2018, skyrocketing to US$4.9 billion. The Impact InsurTech report from QBE North America and Village Capital pinpointed three themes dominating insurtech right now: insurance for all, society shaping insurance, and micro-transformations influencing macro risks. The report also noted that innovations like process automation, AI, and blockchain are making insurance processes more efficient, increasing both the affordability and accessibility of insurance.

While there’s a lot of solutions to unpack in this growing field, some experts see certain technologies rising to the top.

“There are probably two big buckets where we see pretty universal application across insurance value chains. I think one is around analytics, AI, and machine learning, and where and how those apply in the value chain,” said Jim Bramblet, Accenture’s insurance practice lead in North America.

Matt Lehman, Accenture’s North America P&C lead, added that a lot of insurance companies have expanded their datasets to include social media and satellite imagery data, whereas just a couple of years ago, most companies relied on comparatively limited data sources.

“Now, they’ve opened that up to five, 10, 15, 20 different data sources that they’re putting into the product,” he said.

The second ‘bucket’ of useful innovation that Bramblet mentioned is the potential of distributed ledger technology, which he sees gaining steam across the industry.

“That technology and that platform is going to provide an opportunity for a lot more transparency around risk through all parts of the P&C sector, so personal lines, vehicles and homes, but also supply chains, goods in transit, and fundamental risks that become more transparent,” he said. “A lot of that can be pushed onto the platform, and insurance companies can subscribe to and do a lot more with that data than they have in the past. Now, it’s still very nascent, but certainly something we’re paying close attention to.”

Notable advancements on the blockchain front in recent years include Marsh rolling out a proof of insurance blockchain program to commercial clients, London-based bank Standard Chartered and insurer American International Group (AIG) completing a blockchain pilot that aimed to simplify complicated insurance policies, and the adoption of Insurwave, a blockchain platform to support marine hull insurance, by the marine industry.

Nonetheless, there have been roadblocks in the widespread adoption of blockchain technology in insurance.

“Our clients all compete, and we see this with distributed ledger technology – we start to talk about the fact that the only way that works is if it’s a team sport and I think any one carrier trying to blaze that trail by themselves is going to have a little bit of challenge,” said Bramblet. “Their competitors will say, ‘Well, what’s the ulterior motive here? Why would I subscribe to your platform? How’s that being monetised?’ And all the concerns about data and risk come into play, so I think that’s where we’ll see consortia play a much larger role and we’re starting to see that emerge at scale.”

Another issue in navigating the insurtech landscape more broadly is that the sheer volume of companies, their capabilities, as well as the unique value-adds that they’re toting can be overwhelming. That brings up problems for speed of adoption for traditional insurers.

“How do you really understand the problems that you’re trying to solve and how do you line up different sets of solutions to solve those problems without getting a bunch of complexity?” Lehman outlined. “There are pluses and minuses to it, but you could have a scenario where maybe today it’s a single technology or a platform that solves a problem, but in tomorrow’s world, it might be a couple, so how do you put that to use in an efficient and effective way?”

Yet, the most common question that insurance clients have for the Accenture insurance team is how to understand the solutions that insurtech companies are bringing to the forefront and know how to differentiate between Company A versus Company B versus Company C to determine which one they want to make a major bet on, explained Lehman.

“But part of it is just getting started,” he said. “You’re going to learn a lot more by experience than you are through analysis.”