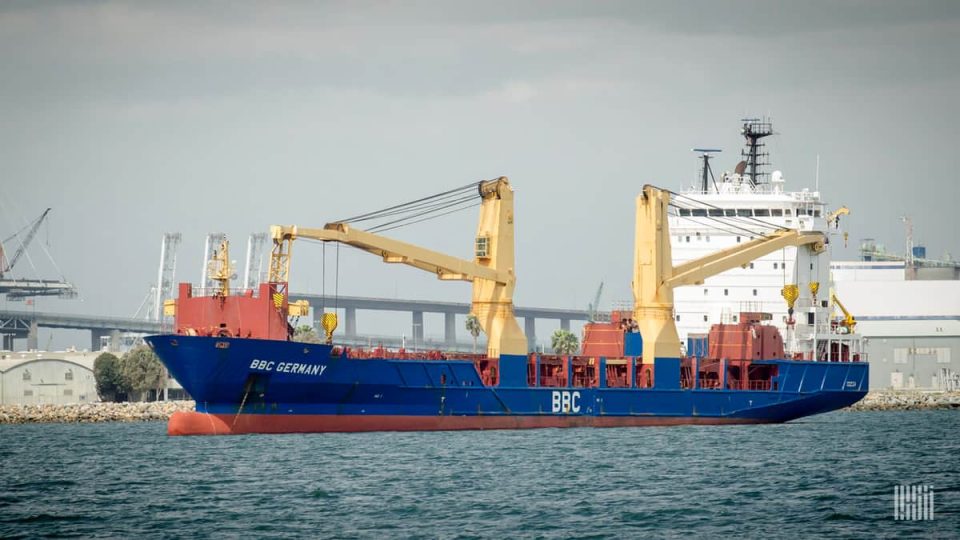 The definition of “breakbulk” forever changed on April 26, 1956, when Malcom McLean’s SS Ideal-X, the first commercial container ship, was loaded in Newark, New Jersey, and set sail for Houston.

Before containerization, breakbulk referred to everything except dry and liquid bulk. Prior to the SS Ideal-X, all non-bulk cargo was hand-loaded and hand-unloaded by longshoreman at the docks.

Even bulk vessels are a relatively recent invention in the long history of shipping. The first bulker, the SS John Bowes, was launched in 1852, and the first oil tanker, the Zoroaster, in 1878. Before that, dry cargo was loaded in sacks, liquids in barrels — i.e., before the mid-1800s, everything was what we today call breakbulk.

The basic definition of breakbulk is any individual piece of cargo that does not fit into a container and is not carried in bulk. Breakbulk refers to cargoes that can be “unitized,” such as metal ingots or bales of pulp, as opposed to those that cannot, such as ore. A breakbulk cargo can be anything from forest products to paper rolls to steel girders, metal drums and much larger items.

The exception is vehicles, which are shipped aboard roll-on/roll-off vessels. Vehicles otherwise fit the definition but are not considered breakbulk.

There are also distinctions at the upper size range of unitized cargoes. There is “project cargo” — breakbulk required for a specific project, whether that’s an oil project or a wind farm or anything else — and there’s “heavy lift,” referring to very large objects such as turbines or gantry cranes.

Heavy lift represents the highly specialized upper end of the size spectrum. At the bottom end, breakbulk shipping is made up of small crane-equipped general cargo ships and so-called “multipurpose” (MPP) vessels.

The breakbulk market is now shrinking for several reasons.

Consider the case of container-port construction projects in developing nations. On one hand, the development process creates demand for project cargoes and heavy-lift cargoes to be transported to the site. On the other hand, once a new container terminal is completed, the breakbulk demand from that port diminishes.

What was once unloaded by small general cargo ships using their own cranes is now shipped aboard container ships and unloaded using the landside cranes.

Meanwhile, new technologies are eating away at the market share of breakbulk. One example is a floating crane system that can be towed offshore of a project in an undeveloped area. This cuts costs by averting the need to build a dedicated port for the project. The construction of that port would have created demand for breakbulk vessels.

There is also the market threat from non-breakbulk ships. Roll-on/roll-off vessels and pure car and truck carriers (PCTCs) are muscling in. If a breakbulk cargo such as an electrical transformer, for example, will fit on a trailer, that trailer can simply be driven aboard a vehicle carrier.

Container and bulk ships are also seeking to carry breakbulk. In the case of container ships, awkwardly shaped cargo can be put in an open-top container unit or on a flat rack, while bulk operators are now loading large items such as windmill blades into their cargo holds.

Thus, the history of breakbulk is one of shrinking market share. It lost coal and iron ore in the mid-1800s, crude oil in the late 1800s, and the vast majority of the goods trade in the second half of the 20th century. It went from the overwhelming means of ocean transport to a specialized trade. And while its niche will always be there, it may become even more niche.