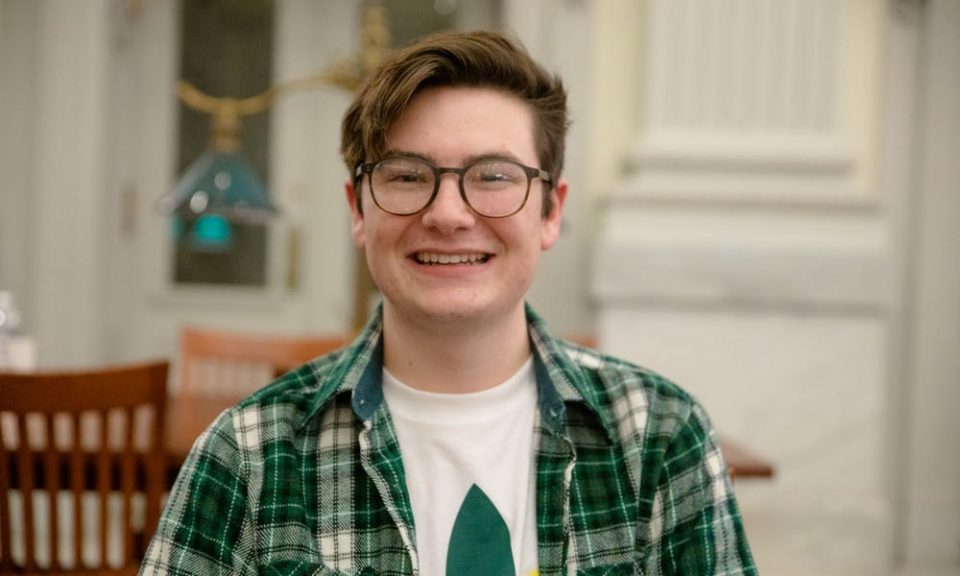 The Madison Police Department has continued to utilize a Department of Defense program to accumulate military-grade equipment at a time when officers have faced criticism for their “militant” responses to the protests downtown. However, an upcoming vote at Tuesday’s Common Council meeting might shake things up.

The “1033 Program” allows law enforcement agencies to acquire surplus military equipment at little to no cost to the departments. The MPD has used the program to acquire everything from first-aid kids to firearms and much much more.

“The 1033 Program is literally why our police departments have become so militarized in the past 20 years. The weapons that the military buys up and let’s sit in a graveyard for 10 years because they never end up using it all, get funneled to police,” Alder Max Prestigiacomo of District 8 said in an interview with The Daily Cardinal.

Alders Prestigiacomo and Rebecca Kemble sponsored the proposal in July that would bar the MPD from acquiring any military surplus after the Common Council successfully stopped the purchase of projectile launchers by the department in an unanimous vote. Presigiacomo originally introduced the ordinance with no exceptions — a full ban on 1033 procurement. It has since been amended to give the MPD some leeway.

“There was some concern, I guess, and the proposal was amended so that police could get anything under $25,000 without council permission,” he said. “And there [were] a few exceptions, like drones and facial recognition and that obviously didn’t include military weapons. Then there was another amendment to that, saying, ‘okay, less than $5,000.’ That also failed.”

The current ordinance has been amended to establish “procedures for the Madison Police Department to obtain property from the Defense Logistics Agency under the 1033 Program,” a very different story from banning procurements completely. The Finance Committee delayed the ordinance so some committee members could draft an alternative that only prohibits some equipment. Alders Keith Furman and Barbara Harrington-McKinney were responsible for developing that alternate proposal.

Furman and Harrington-McKinney’s proposal in its current state prohibits the MPDS from “using any individual item valued over $50,000 without first obtaining approval of said use from the Common Council.” It also requires MPD to provide a bi-annual report to the Common Council of all property received from the Defense Logistics Agency under the “1033 Program.” The ordinance also prohibits MPD from obtaining tear gas, grenade launchers, grenades, explosives, armor-piercing firearms and ammunition, tracked combat vehicles and weaponized drones.

Despite the measures taken in that alternate ordinance, Prestigiacomo intends to make a motion Tuesday night to return the ordinance he authored to its original state. He believes that the amendments made to the ordinance were proposed by privileged people in the city’s government that don’t want to address the concerns of residents, especially those that attend protests.

“I don’t really want to open us up to something we can’t see coming. And the other [thing], too, is that if the police do need permission for something above $25,000, the police can still buy it, and then just wait till the next council meeting to actually get it approved. If the council says no, then they have to return it. But there’s still that gap of time where police have this technology,” he explained.

Prestigiacomo plans on addressing the shortcomings of the alternate ordinance at Tuesday’s meeting, and he hopes that students and long-time residents show up and “speak truth to power.” He believes that alders will see their constituents show up in numbers to voice opposition towards military weapons in the community.

“I plan on holding back zero punches,” Prestigiacomo stated. “I think it’s bullshit that these white, privileged politicians think they are right, that they would insert their opinion on something like this when it’s been something that Black and people of color in this community have been asking for since 2015.”

The ordinance regarding the “1033 Program,” Item 64, will be up for a vote at the Oct. 6 Common Council session. Individuals can register support or opposition to an agenda item and register to speak on the city website.

Coal, Covid-19 and the rise of renewables