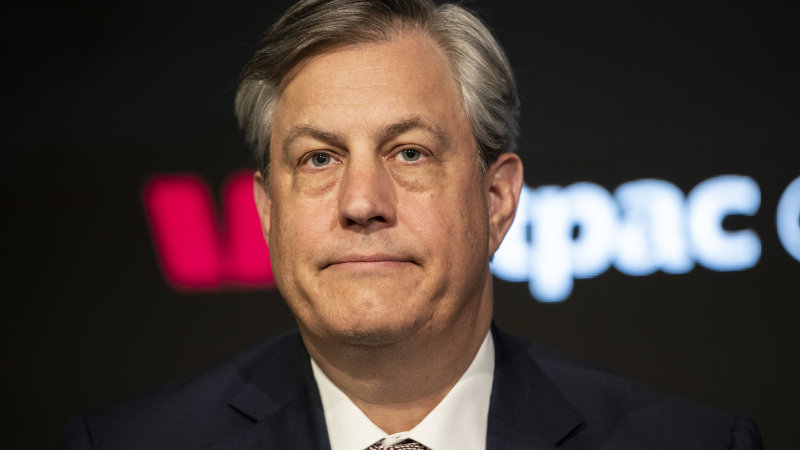 The financial crimes regulator launched a civil case against the bank on Wednesday alleging it had engaged in widespread, systemic and frequent failures to adhere to money laundering laws and prevent the financing of child exploitation.

Mr Hartzer said he was “personally disgusted by the subject matter” in AUSTRAC’s statement of claim, but said he intended to stay on as chief executive and “get to the bottom of this”, declining to tender his resignation to the board.

Mr Dive said he expected the AUSTRAC allegations would have less impact on Westpac’s value and outlook than the findings of the royal commission.

“This is the new normal,” he said. “This doesn’t compare to what they had to go through over the past year and a half with the royal commission because it doesn’t strike at the heart of their business.”

He said investors expected the compliance costs associated with increased regulation and backed explanations by the big bank chiefs that misconduct-related costs are temporary.

Mr Dive said he did not expect any criminal penalty emanating from the alleged breaches to be of the same magnitude as the $700 million settlement payment forked out by CBA, which was twice the amount provisioned for by Australia’s largest bank.

Analysts and researchers agreed that any short-term fallout for the bank would be relatively subdued compared to the maelstrom that immediately accompanied CBA’s money laundering scandal.

“This is not unexpected,” Evans & Partners senior analyst Matthew Wilson told clients, pointing to Westpac’s decision to disclose a potential AUSTRAC enforcement activity in its 2018 and 2019 annual reports.

The bank flagged the prospect that the $2.5 billion capital raise commenced earlier this month could be used for “potential litigation and regulatory action”, Mr Wilson said, adding that he had already forecast a $500 million earnings hit in the 2020 financial year.

Research house Fitch Ratings said the AUSTRAC announcement is “credit negative” for Westpac but would have “no immediate impact” on the bank’s rating.

“Fitch believes the alleged failures reflect broader weaknesses in Westpac’s current systems and controls, which the authorities have claimed is not unique among Australia’s four major banks,” the research house said.

However, some analysts were not as confident as Mr Dive that Westpac’s leadership could withstand the public pressure that would likely follow the AUSTRAC allegations, given the reference to child exploitation.

“The CEO and chair both have to go,” said one banking sector analyst, who asked not to be named.

Morningstar analyst Nathan Zaia said there was likely to be pressure on management.

“We can only hope this is a case of oversight and not turning a blind eye,” he said. “This will do nothing to help restore Westpac’s image.”

Florida county to issue RFP for the design, contrition and operation of a MRF

Woodland City Council may fire inspection fees due to COVID-19