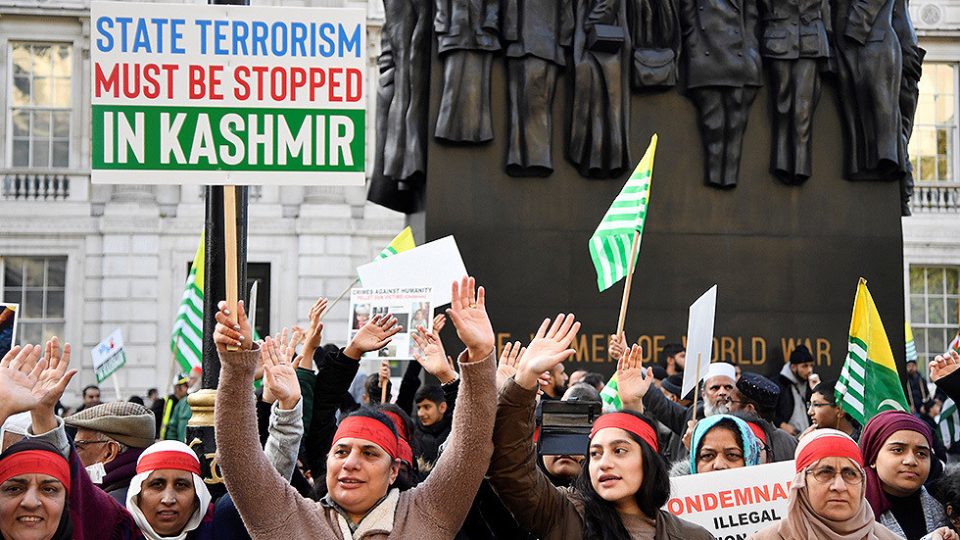 is a senior Indian journalist who has been the editor of national dailies like Mid Day, Hindustan Times (Delhi and NCR editions) and Mail Today.

From the New York Times to the BBC and the Wall Street Journal, the biggest news media have been caught peddling lies and being condescending and hostile towards India, a vibrant democracy and one of the oldest civilisations.

It has been 72 years since India achieved freedom from her British colonisers, but the West’s media has still not come to terms with it.

Its correspondents still arrive like new viceroys, and much of the reportage ranges from patronising and condescending to viscerally hostile and downright fake. Media outlets from nations merely a few hundred years old, for instance, lecture civilisations like India – one of the oldest in the world – on civilisational matters such as Kashmir. They also give sermons to unique civilisations like China or Russia on matters they understand little about.

And the vanguards of western media continue to speak sanctimoniously about their editorial standards, despite being repeatedly caught spreading fake news.

Also on rt.com
Great game in Washington? India dancing with the US bison, hugging the Russian bear

The moment the Narendra Modi government passed the Citizenship Amendment Act to shelter persecuted minorities from neighbouring Islamic nations Pakistan, Afghanistan and Bangladesh, the western fake narrative-setting machinery creaked into action. One of the first off the block was the virulently anti-India – and globally anti-nationalist – New York Times.

One of its very first reports carried a lie in the headline. ‘India takes step towards blocking naturalization for Muslims’, it screamed.

But the act only gives a right to persecuted minorities. It does not take away the rights of any individual or group. Muslims can still obtain Indian citizenship by way of naturalisation, provided they fulfill necessary conditions.

This is NYT coverage of CAB Bill. What a joke these people are. Knowing fully well that CAB has nothing to do with Indian Muslims yet they will spin this yarn. This is ranting not reporting pic.twitter.com/lWArQDyBTp

Another NYT report spoke about the marginalisation of Muslims, which is ‘Prime Minister Narendra Modi’s Hindu-nationalist agenda’. Again, this is either an uninformed rant or a blatant falsehood. India’s new citizenship law has nothing to do with Indian Muslims. And the ‘Hindu nationalist’ government has included persecuted Christians, Buddhists, Jains, Sikhs and Zoroastrians from the three Muslim-majority nations as beneficiaries along with Hindus.

How media vulture fed on Kashmir

Kashmir, one of the world’s most militarily sensitive zones, has always been the playground of propaganda for the western press. India’s strong, civilisational bond with Kashmir has been stubbornly ignored, and jihadi separatist voices given legitimacy.

The scrapping of the Jammu and Kashmir’s special status under Article 370 earlier this year triggered a fresh fake news salvo by the western media.

The Wall Street Journal reported: ‘India’s Kashmir clampdown turns hospitals into graveyards’ – a claim stoutly refuted by one of the most senior police officers in Kashmir, who also pointed to the total lack of proof in the article.

The venerable Washington Post and Huffington Post reported about children being detained in Kashmir jail. India’s Supreme Court, based on the findings of four high court judges, struck down a petition on this, saying no child is illegally languishing in Kashmir’s jails.

Congrats on the double whammy @washingtonpost !!! Get a fact & evidence free “journalist” like Rana to spew drivel on your website & then get humiliated by the Supreme Court of India for some more Unsubstantiated drivel. Your logo subheading should be “we don’t substantiate” https://t.co/uvqVJSoQEx

Fake reporting reached a point where Kashmiris in the US came out to stage a peaceful protest in front of the Washington Post office.

Old Beeb didn’t disappoint either. The BBC kept away all its nonsense detectors and published photos and news which made one laugh out loud even in dark times. The image of neatly eye-patched women, supposed victims of excesses by Indian forces, was blatantly unconvincing.

The Indian government even confronted the BBC and Al Jazeera over fabricated videos showing unrest in Kashmir and asked for the raw footage, which was reportedly met with silence.

Beeb’s facts blow up in its face

The BBC had to quietly retract its research which termed some nationalist social media handles as ‘fake news purveyors’ after its report was challenged.

It also reported that a Sikh police officer had received death threats for helping a Muslim man. Before long, the officer called out this lie and denied getting death threats. The BBC had to meekly issue a retraction.

The BBC has also been accused of carrying a highly biased ‘fact check’ on religious hate crimes in India by a local, equally biased, agency. It backtracked again on this, although only on minor points, leaving the glaring issues selectively unaddressed.

But the most apt answer to that came in the form of another cartoon, this one in The Times of India two and a half years later.

The most lethal counters to uncivilised behaviour are often delivered in the most civilised manner – something the western media could learn from old, wise civilisations.

The statements, views and opinions expressed in this column are solely those of the author and do not necessarily represent those of RT.

Some Economists Really Do Get It

Top 4 Tips for Perfecting Your Logistics and Supply Chain