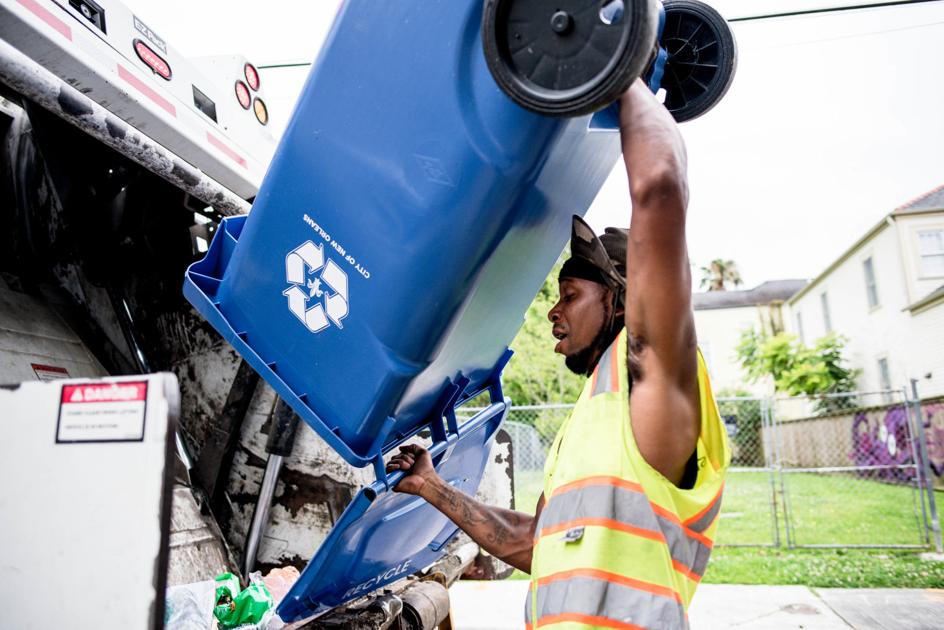 ST. FRANCISVILLE — West Feliciana’s parish government may discontinue its small, voluntary recycling program because of the cost and the poor market for recyclables.

Parish President Kenny Havard asked the Parish Council on Monday to consider sending back a compactor bin for recyclable materials that the parish maintains at the parish maintenance barn and replacing it with one or more bins for ordinary garbage.

Havard said he’s not asking the council to make a decision immediately, but “to think about it.”

The parish is paying between $8,000 and $9,000 per month to maintain the compactor, which it rents from Waste Management Inc.

Waste Management representative Donald Haines told the council that the company spends about $30 per ton to dispose of household garbage, but processing recyclable materials costs about $175 per ton.

“Recycling itself is a pretty bad market,” Haines said.

He said Chinese companies, which once bought most of the materials that Americans put into recycle bins, have cut back, while China has lowered the limit of contamination it will allow in recyclable materials. Even a small amount of liquid left in a soft drink bottle could lead to rejection, he said.

Havard said West Feliciana Parish residents who recycle are to be commended, but he said actually very little of the collected material is recycled.

He said someone throwing a can of paint into the compactor can contaminate the entire load of material in the bin.

Haines told Councilman Kevin Dreher that the city of Zachary is the only area jurisdiction in which Waste Management offers curbside recyclable collections.

“But it’s expensive,” he said.

West Feliciana Parish pays for its garbage collection service through sales taxes, rather than charging individual households, as Zachary does.

Councilman Clay Pinson said if recycling is halted the parish must completely change the signage it has at the barn to cut down on illegal dumping at the site.

On another matter, council President John Thompson called on parents to monitor their teenagers’ doings, citing recent vandalism that has damaged parish equipment.

Last month, the members discussed incidents in the Lake Rosemound area, where vandals cut a machine’s hydraulic hoses and broke out a window in a machine’s cab.

Since then, Thompson said, someone in the Solitude area broke a window on the cab of a tractor used to mow roadsides.

“The only way to be safe is to move it back to the (maintenance) barn,” Thompson said, adding that moving equipment slows the progress of work crews.

Hospital Board member Melvin Harvey said parish crews are welcome to use his property to store parish equipment any time it is being used on Cat Island Road.

One in eight construction firms fears collapse within three months