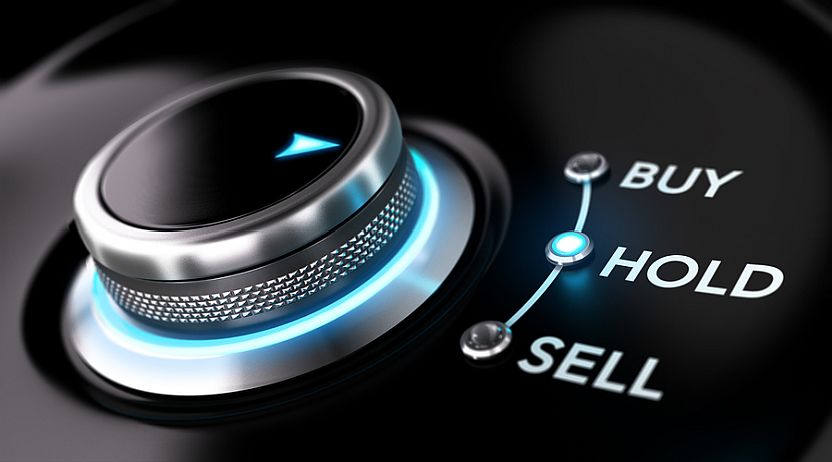 Ratings, consensus target price and forecast earnings tables are published at the bottom of this report.

The company was boosted by quarterly results that showed a rebound in sleep-related sales and management’s confidence in future quarterly improvements for device sales. Consequently, the company was the table-header for the percentage increase in target prices for the week.

Next on the table was Abacus Property Group after acquiring the remaining 75% interest in Storage King for $50m. This was considered by brokers to provide the group with avenues for further growth. As mentioned last week, Hub24’s target price is being ratcheted up by brokers due to making several acquisitions, divesting another asset and raising $60m in equity. It’s generally agreed by brokers the company will benefit from scale and capability as a result of the acquisitions. Ansell was fourth in terms of a percentage increase in target price for the week after management upgraded FY21 forecast earnings growth. There has been better than expected volume and sales across all five of the business units during the first four months of the financial year.

OceanaGold was the sole company in the FNArena database experiencing a material decline in target price for the week. September quarter production figures were well below broker estimates, while costs were greater than expected. This was attributed to exceptional rainfall events and pandemic effects on personnel levels at the Haile project in South Carolina. As a result, Macquarie downgraded the company’s rating to Neutral from Outperform.

Consequently, OceanaGold was also second on the list of percentage forecast earnings downgrades by brokers for the week. At the top of the list was Western Areas after an update by five brokers in the wake of lower production guidance and increased cost estimates by management. After a significant share price fall, Citi saw opportunity to buy the pure-play nickel stock and upgraded the rating. Macquarie took the opposite strategy and downgraded the rating to Neutral from Outperform over some longer-term debt concerns. Those concerns would amount to nought should current spot nickel prices be maintained.

The management of Senex Energy updated earnings guidance in the wake of the company’s divestment of its Cooper Basin assets. The loss in earnings appeared to outweigh the cash injection in the opinion of brokers, but on the whole they were comfortable with the company’s increased coal-seam-gas focus.

Atlas Arteria broker earnings forecasts continue to suffer from concerning trends regarding the Atlantia’s Abertis (French) toll road network and the impact on both earnings and dividends in 2021. Fortunately, the company has plenty of surplus cash and Macquarie sees no financial threat.

The Westpac full year result was a mixed bag. On one hand higher costs resulted in a “miss” on core profits, while on the other a much higher dividend plus asset quality surprised on the upside. The positives triumphed as the bank had the largest percentage increase in earnings forecasts by brokers in the FNArena database for the week.

In a good week for banks, both the ANZ Bank and the National Australia Bank also had a material lift in broker earnings forecasts. As mentioned last week the ANZ Bank benefited from positive signs on both costs and asset quality, with impairment charges lower than generally expected. The majority of the seven brokers on the FNArena database agreed the bank’s FY20 result either exceeded or met expectations.

In amongst the three banks mentioned above, Cooper Energy was rewarded with earnings forecast upgrades after news that production at the Sole gas project would soon transition to term contracts. This will allow the company to start selling gas into the GSAs (gas sales agreements) it has with its Sole customers.

The first quarter trading update for Brambles was better than Morgans expected.

CHEP Americas and CHEP Europe, Middle East & Africa (EMEA) performed above expectations, while CHEP Asia-Pacific was in line with the broker’s forecast.

Sales growth was driven by strong demand for pallets in grocery supply chains (as inventory levels are increased in preparation for the holiday season, and ahead of any further lockdown measures).

Following recent share price weakness, the rating is upgraded to Add from Hold and the target is increased to $12.16 from $12.05.

A recovery in Inghams Group’s first quarter core poultry sales volumes was stronger than Morgans expected and has supported a reduction in the group’s inventory build.

While commentary on profitability was limited, the broker expects the first quarter earnings (EBITDA) figure has improved sequentially on the prior quarter. Feed costs are still expected to reduce from the fourth quarter 2021.

Despite a slight accounting induced dividend policy change, the analyst doesn’t expect the quantum of the FY21 dividend will change.

Morgans lifts earnings forecasts in FY22 and FY23 by 4.2% and 3.6%, respectively. The broker expects earnings to normalise and for it to benefit from a full year of lower grain prices.

PointsBet Holdings’ first-quarter update shows the business to be in a ramp-up phase. Customer acquisition was above Ord minnett’s expectations while the turnover numbers for both the US and Australia were ahead of forecasts.

The broker notes PointsBet has been live in Illinois for 3 weeks in the September quarter but could be a source of material near term turnover. A number of states have seen some progress regarding potential legalisation.

ResMed’s first-quarter result was ahead of UBS’s forecast with group revenue beating the broker’s estimate by 6%. The broker is happy with the faster than expected recovery in sleep-related sales.

Ventilation sales related to covid-19 were less than June quarter levels but still managed to be ahead of the broker by about US$13m.

Rating is upgraded to Buy from Neutral with the target price rising to US$210 from US$200.

Credit Suisse believes ResMed is uniquely placed to benefit from a shift to home health care post the pandemic. Double-digit earnings growth is forecast over the medium term and the rating is upgraded to Outperform from Neutral.

Despite rising coronavirus cases in the northern hemisphere and the re-implementation of lockdowns, management remains confident of a sequential quarterly improvement in device sales.

The risk from competitive bidding in the US is removed and the current reimbursement rates are expected to remain for at least three years. Target is raised to $31 from $28.

ResMed’s quarterly earnings result indicated a rebound in the company’s base business and OSA activity greater than Macquarie had expected. Ongoing improvement is expected ahead in both device volumes and opportunities regarding re-supply.

ResMed does not see any change in US reimbursement rates in the foreseeable future, removing what the broker had highlighted as a risk. Earnings forecasts thus upgraded and target rises to $27.25 form $20.00. Upgrade to Neutral from Underperform.

Morgan Stanley suspects guidance is conservative, at net profit of $22-24m. This signals earnings are almost back to pre-pandemic levels and does not include the prospect of Victoria coming out of lockdown, which should provide upside potential.

The broker suggests earnings should also be leveraged to a turnaround within leasing.

As a result, uncertainty is considered more than priced into the stock and Morgan Stanley upgrades to Overweight from Equal-weight. Target is raised to $2.30 from $2.00. Industry view: In Line.

The full story is for FNArena subscribers only. To read the full story plus enjoy a free two-week trial to our service SIGN UP HERE

If you already had your free trial, why not join as a paying subscriber? CLICK HERE