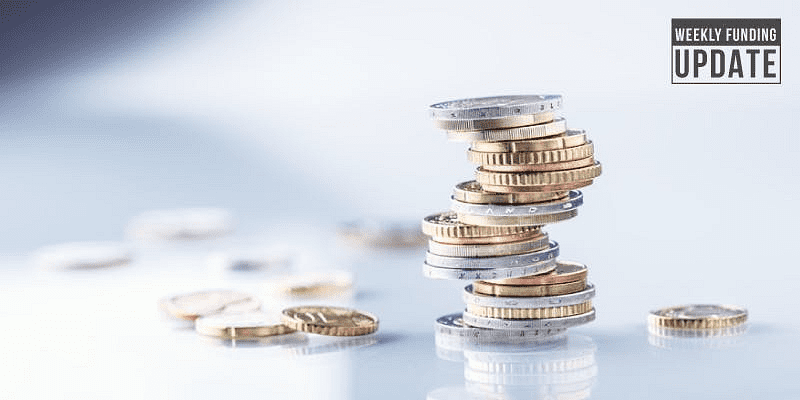 The total funding for the week stood at $501 million across 23 deals, of which 15 transactions were in the early-stage, followed by five in growth, and three in late stage. In the previous week, the Indian startup ecosystem recorded about $71 million in total venture funding.

This week, investors had their eyes set on the unicorns, including Nykaa, BYJU’s, and Unacademy, who raised funds from them. In fact, Cars24 — an online marketplace for used cars — entered the billion-dollar-club.

CARS24 Services raised $200 million in its latest Series E fundraising round led by DST Global at a valuation of $1 billion. Existing investors Exor Seeds, Unbound, and Moore Strategic Ventures also participated in the round.

Pureplay Skin Sciences India raised Rs 110 crore in Series B funding round led by Faering Capital. Trifecta Capital, as well as existing investor Unilever Ventures, also participated in the round.

Cityflo, an app-based bus service raised Rs 57 crore in Series A funding led by Lightbox Ventures. India Quotient along with other angel investors also participated in the round.

Credgenics raised $3.5 million in a pre-Series A round led by Accel Partners, DMI Alternatives fund, with participation from existing investors Titan Capital.

Yellow Class — an online hobby platform for young kids — raised $1.3 million in a pre-Series A funding round led by India Quotient.

SignalX raised Rs 6 crore in a seed round led by 3Lines VC. 9Unicorns and a US-based VC fund, along with Hyderabad Angels as a co-investor also participated in this round.

GeoIQ raised Rs 2.5 crore seed investment led by 9Unicorns with participation from IPV, Kayenne, among others.

Lancify raised an angel round of $300,000 with backing from Techstars, Under 25, along with other angel investors.

Ahmedabad-based digital media tech startup NewsReach raised $150,000 in its seed round funding led by JITO Angel Network with participation from other angel investors.

Unacademy raised undisclosed funds from Tiger Global Management and Dragoneer Investment Group at a valuation of $2 billion. This round follows its $150 million fund-raise from SoftBank Vision Fund 2 in September.

Power Gummies raised an undisclosed amount in a bridge round led by Agility Venture Partners. Other investors, including DSG Consumer Fund and Venture Catalyst, also participated.

Grip Invest raised its first round of venture funding led by Anicut Angel Fund with participation from Gemba Capital and other angel investors.

Spacetech startup Astrogate Labs raised undisclosed funding from Speciale Invest and others. The proceeds would enable the Bengaluru-based company to launch flight terminals into space next year.

Warehousing and Storage Market 2020: Potential Growth, Challenges, and Know the Companies List Could Potentially Benefit or Loose out From...