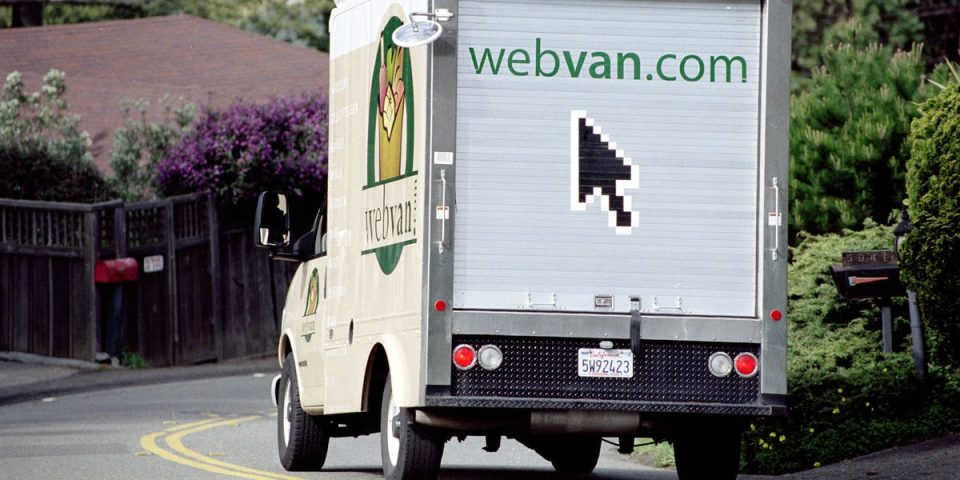 E-commerce may be booming in the coronavirus downturn, but Louis Borders, the serial entrepreneur behind bookstore chain Borders and grocery delivery service Webvan, still thinks that the industry is “broken.” He claims the fees are too high, goods are often unavailable, service can be spotty, and the amount of waste it generates is immense.

His new grocery-delivery service, simply named Home Delivery Services, is leaning on robots as a solution: using a new end-to-end automated system, Borders says few workers will be needed to stock food items or assemble orders. Robots will handle customer groceries in the warehouse, place them in tote bags, and hand them over to couriers who deliver them to the doors of households. Plans are to launch the service next year.

Borders says the automated fulfillment system, RoboFS, has been in the works for the last four years at HDS Global, a company  that he founded in 2014. He claims it could be an industry game-changer. The system can reduce human error and limit the number of people handling food — a particularly reassuring move amid a coronavirus pandemic, as Borders sees it. He also says that the system slashes warehouse operating costs by 50%, which will allow HDS to cut out any service fees for customers and still rake in a profit.

HDS Global has raised $30 million from Toyota and IT distributor Ingram Micro.

As a growing number of companies turn to robotics to help speed distribution, investors have poured $1.3 billion into the sector over the last year, according to Pitchbook. The broader market is also booming: Warehouse and logistics automation topped $53 billion last year as warehouse operators tested autonomous forklifts, self-driving carts, and other tech to lower their costs.

HDS is trying to position itself years ahead of its targeted competitors — even Amazon has said that it is almost a decade away from fully automating its warehouses. Meanwhile, Borders says his startup hopes to begin delivering products from its South San Francisco-based warehouse to customers by 2021, before expanding to other locations. The company has set a target of processing $200 million worth of groceries and other products a year.

Borders also plans to make RoboFS available to disrupt other industries. While HDS will be the first company to deploy RoboFS, other companies would have the opportunity to pay to use the system, provided that they aren’t HDS competitors.

Borders, 71, has long looked to automation to transform industries. Back in 1971, Borders and his brother Tom came up with a state-of-the-art way to track books electronically from order to sale — a system that proved crucial to boosting his bookstore chain to become a globally recognized brand, Borders.

Then in 1996, he tried his hand at disrupting the grocery market with Webvan, a startup that combined high-tech automated warehouses with a fleet of trucks to deliver groceries to customers’ homes.

Webvan quickly attracted investments from the telecom giant SoftBank, Goldman Sachs’ venture investment arm, and two of Silicon Valley’s most prestigious venture capital firms, Sequoia Capital and Benchmark. It reached a market value of $7.9 billion on the first day of its IPO.

But high operational costs dragged the company down, and caused it to burn through more than $800 million. Webvan filed for bankruptcy just two years after its debut on the public market, cementing its name as one of  the most prominent casualties of the dotcom bust.

Borders never lost his faith in the grocery market, telling SF Gate in a 2003 interview that “the opportunity was there…It will come back around.”

And 19 years after Webvan’s collapse, Borders thinks the time is finally right to dominate the market, even as Amazon and Instacart race to acquire more customers.

Groceries may be a “laggard” to the world of online delivery, but demand started to accelerate even before the coronavirus outbreak, Borders told Business Insider in an interview. And as the virus has prompted the world to retreat into the safety of their homes, that interest has surged even further.

“I think what’s happened in the past three or four years is that people are putting a mental dollar to their time” shopping at stores, Borders said, adding “if I pay $40, I’ll pay that because it saves me two hours.”

Amazon and Instacart have benefited the most thanks to the demand surge, according to a recent piece in the New York Times. But the system is also cracking as the supply of workers willing to stay in the warehouse thins out — Amazon and Instacart workers have been demanding hazard pay as the risk of exposure to the virus grows. Meanwhile, shoppers around the country are reporting weeks-long waits on orders from Instacart and Amazon’s Prime Now.

These cracks have boosted Borders’ belief that HDS can take on Amazon and Instacart.

“There’s proof of the demand, but the high quality of fulfillment is not there,” Borders said.

Trucking Looks to Bundle Up Technology

How Israel, the “Startup Nation,” Has the Potential to Disrupt the PropTech Industry