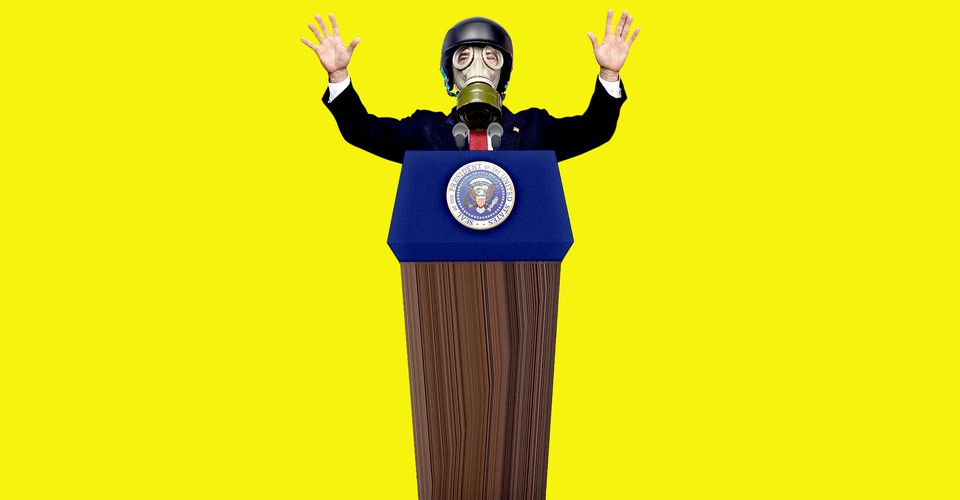 After 9/11, Cheney spent many nights at the Raven Rock facility in the Blue Ridge Mountains. But bunkers like Raven Rock are not designed to accommodate an entire bureaucracy. Most of the government’s top-secret disaster plans, buttressed by tens of billions of dollars in “black budget” spending, call for officials to break into groups, with some retreating to a secure facility outside of D.C. where they could communicate with colleagues over classified government networks. In a pandemic, the bunkers would be all but useless if you couldn’t ensure that the workers were virus-free before entering. That would require rapid and reliable tests available at the beginning of the emergency, which is hard enough with a new pathogen, but which the U.S. government did not prioritize until too many people were infected this time around. The White House itself did not develop such testing capacity for COVID-19 until early April, months after being warned that the disease could be a major threat.

Even though more than seven years had passed since 9/11, Obama kept many of Bush’s continuity and resilience officials in their jobs. The idea was to build institutional muscle memory, and allow officials to create innovative responses to problems, according to several former officials whom I spoke with. Chris Lu, the Cabinet secretary during Obama’s first term and the deputy secretary of labor during his second, found that such continuity helped bridge the gap between a government that can’t anticipate every scenario and the natural tendency of disasters not to follow a script. He told me that it was especially crucial that former Homeland Security Adviser John Brennan, former Homeland Security Secretary Janet Napolitano, and former FEMA Director Craig Fugate had worked together for years. “You can’t underestimate having three people managing this stuff who all know each other’s rhythms, who know the authorities they have. There is no substitute for that,” Lu said.

In both the Bush and Obama administrations, FEMA and the military, along with a growing cadre of administration officials who took a keen interest in continuity planning, developed a robust program of exercises, some live and some simulated, to stress-test how both the response plans, which differed from one another, and the continuity plans, which often did not, would function in emergencies.

Julia Marcus: Americans aren’t getting the advice they need

But getting the military, which designed and ran most of the exercises, to think more broadly about the range of threats, was a challenge. “One of my pet peeves at the time was that the range of options … were either business as usual or a nuclear missile was minutes from Washington,” Larry Pfeiffer, a top continuity official in the Obama administration, told me. “And I would say, ‘Look, 99 percent of continuity issues have nothing to do with nuclear missiles. What about dispersals of bioweapons, or someone throws a backpack over the fence line?’” added Pfeiffer, who is now the director of the Hayden Center for Intelligence, Policy, and International Security at George Mason University.

Coronavirus impact on supply chain will be bigger than expected: NRF